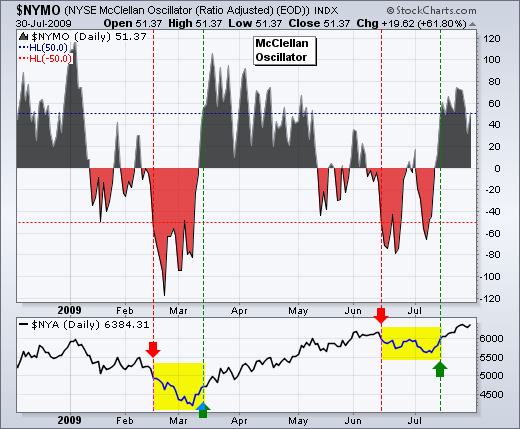 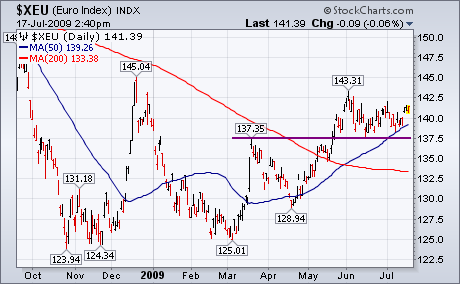 It looks like you can throw out most of what I wrote last Friday. I was expecting a deeper market correction after most market indexes broke short-term head and shoulder "necklines" (and daily EMA lines turned negative)... Read More 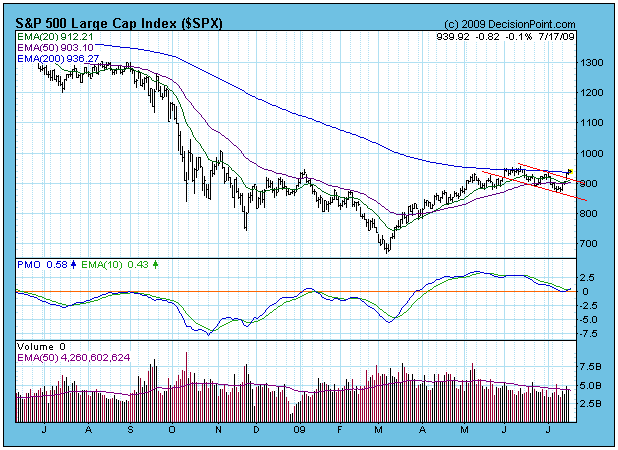 Last week I presented an alternate scenario to the head and shoulders breakdown and projected decline: "While the bearish case seems strongest at this point, a bullish outcome is not impossible... Read More 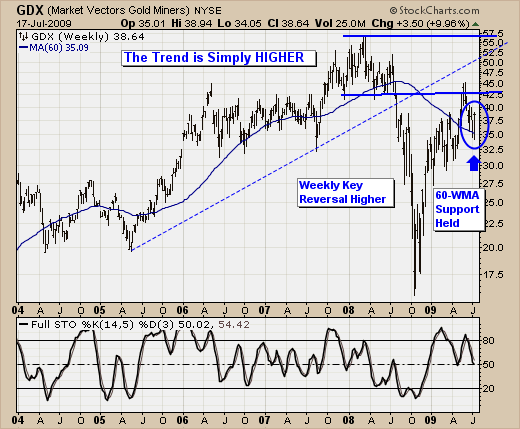 Riding Out the Summer Doldrums

As the summer doldrums set in, we've seen quite a bit of back and forth in the various capital markets, with prices not moving far from where they were just 2-months prior... Read More

This first chart really says it all: Semiconductors are trying to break out on a relative basis. They're trying to do it at a time when the major indices are attempting breakouts of their own... Read More 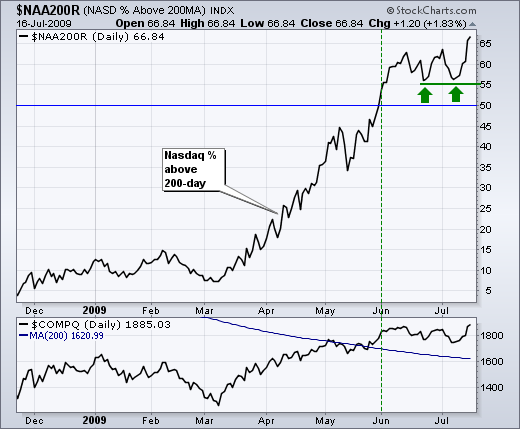 Majority of Stocks Still Above their 200-day SMAs 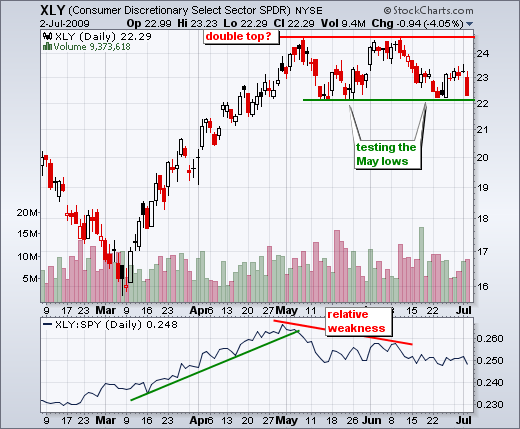 Non-farm payrolls declined 467,000 for June, which was worse than expected. Stocks took the news hard with a broad based decline on Thursday... Read More 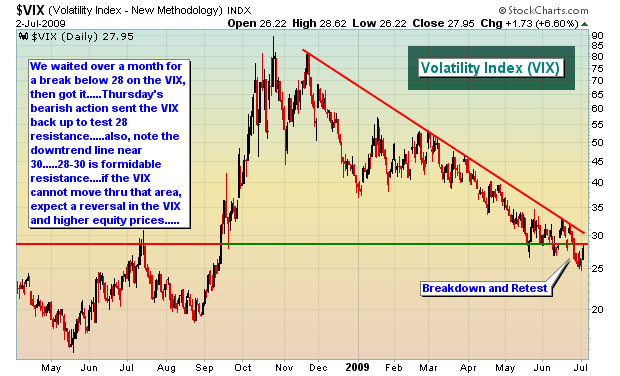 I believe it's the former. Thursday's selloff after the June Employment report was a bit scary, particularly if you're only looking at the magnitude of the point losses. But, in my opinion, no key support levels have been violated... Read More 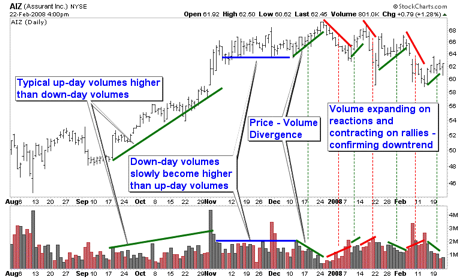 This is the tenth part of a series of articles about Technical Analysis from a new course we're developing. If you are new to charting, these articles will give you the "big picture" behind the charts on our site... Read More 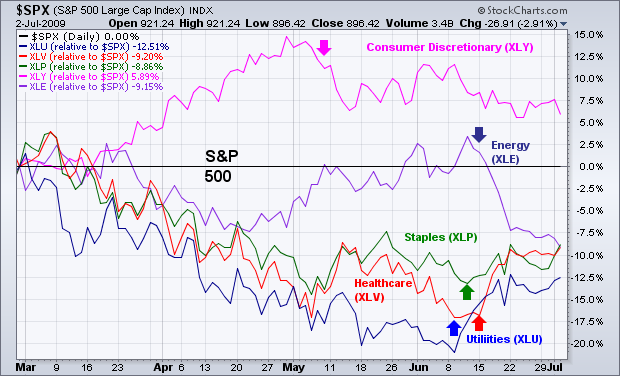 A sign that investors have turned more negative over the last month is the rotation out of economically-sensitive groups (like consumer discretionary and energy stocks) and into defensive groups (like utilities, consumer staples, and healthcare)... Read More 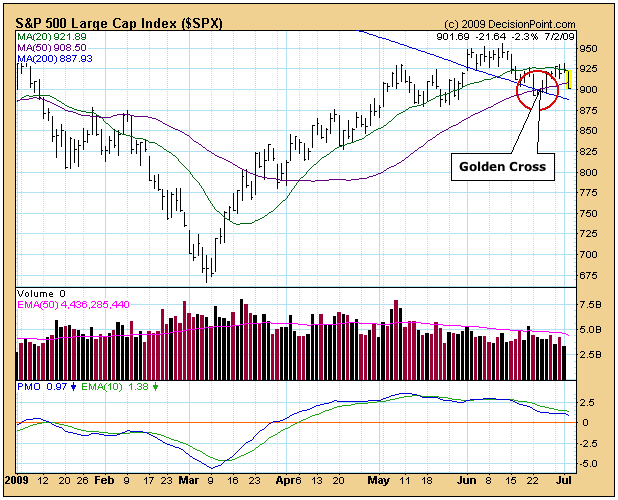 About a week ago the S&P 500 50-SMA (simple moving average) crossed up through the 200-SMA. (See chart below.) This is known as a "Golden Cross" because it is interpreted by many as a sign that the market is turning long-term bullish... Read More