John will return for our next issue..... Read More 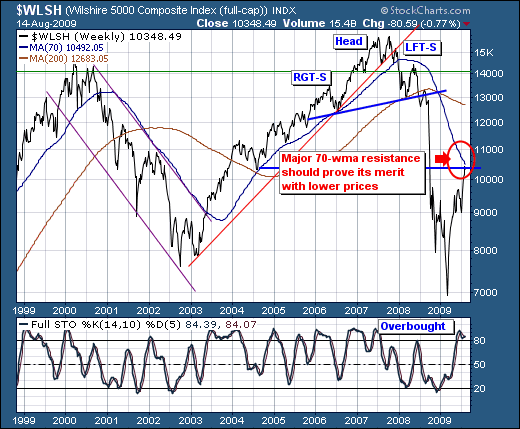 The July-August stock market rally has caught many surprised given its strength and duration; however, we are of the opinion that this "freight train" is running of out of fuel, and shall falter from roughly current levels in what may be quite a "quick and nasty" setback at a min... Read More 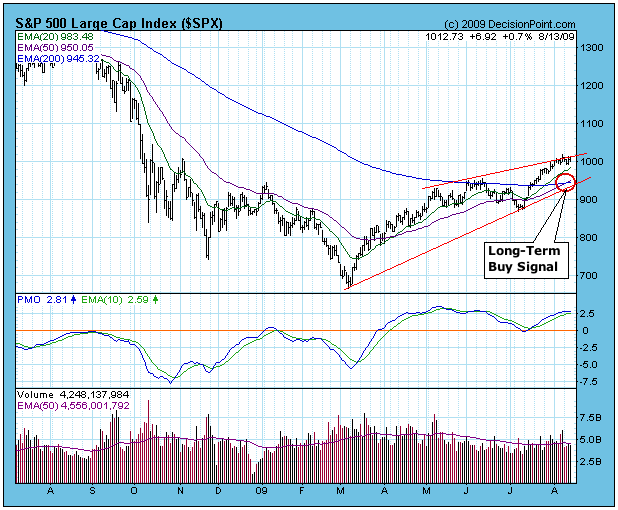 On Tuesday of this week our long-term model for the S&P 500 switched from a sell to a buy signal. While it is a simple model -- the signals are generated by the 50-EMA crossing over the 200-EMA -- it can also be very effective, capturing a gain of 28... Read More 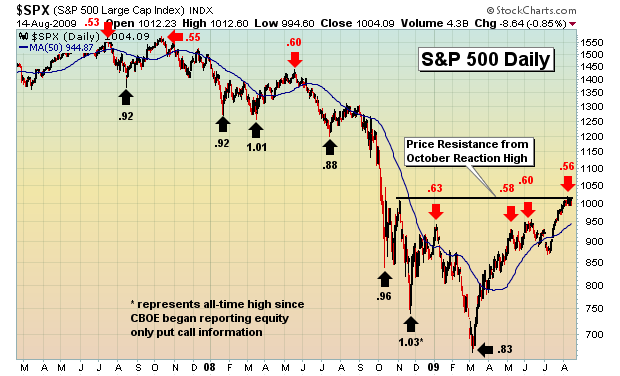 Two weeks ago, I pointed out what appeared to be the early stages of a new trend of outperformance by the financials and suggested they might be primed for a move higher to rescue the stumbling stock market... Read More 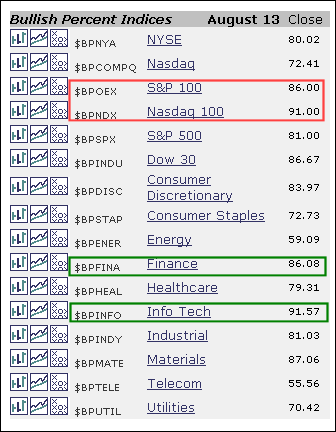 Keeping an Eye on Bullish Percent 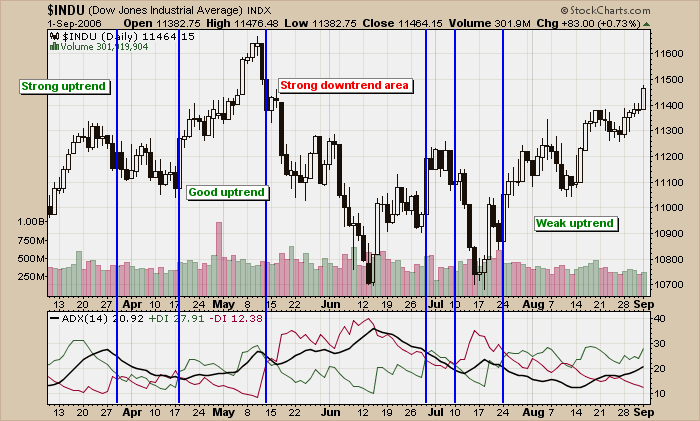 TRENDING UP, DOWN OR SIDEWAYS?

Hello Fellow ChartWatchers, Here's an article that first appeared in 2006 about using the ADX indicator. With lots of stocks starting to trend upwards now, I thought it was a good time to revisit this topic... Read More 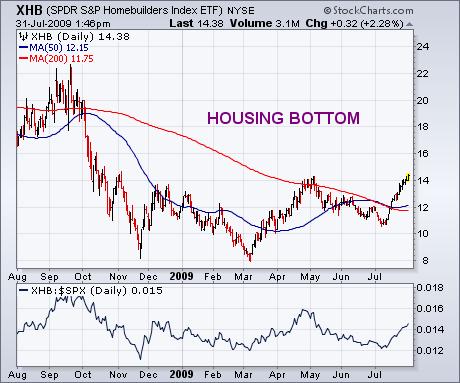 On Monday, I wrote a bullish message on the homebuilding group and suggested using the SPDR S&P Homebuilding ETF (XHB) as one way to participate in the housing recovery... Read More 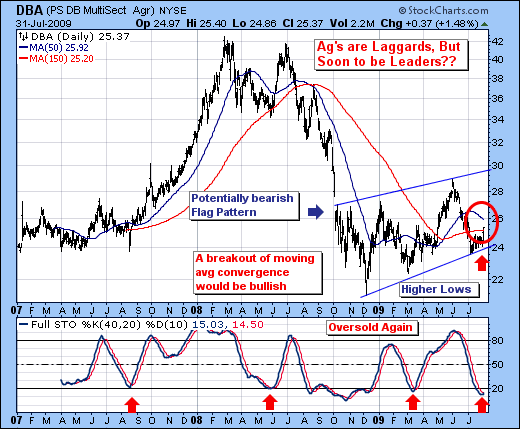 On Thursday and Friday of last week, we saw the US dollar resume its downtrend, and the commodity sector begin to pick up participation as a result... Read More 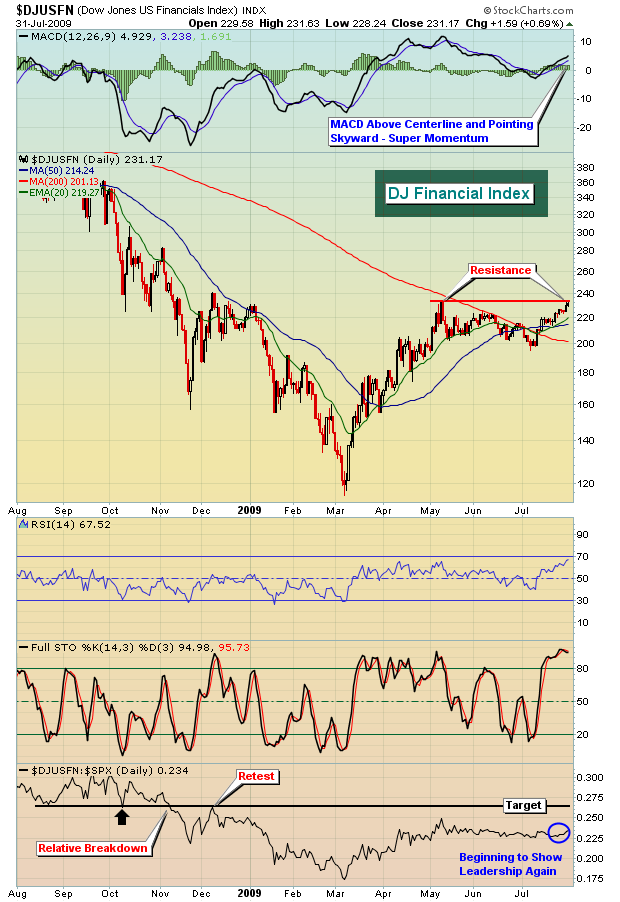 FINANCIALS TO THE RESCUE?

During the initial phase of the market recovery, from the March lows to the early May highs, financials were a primary driver of the move... Read More 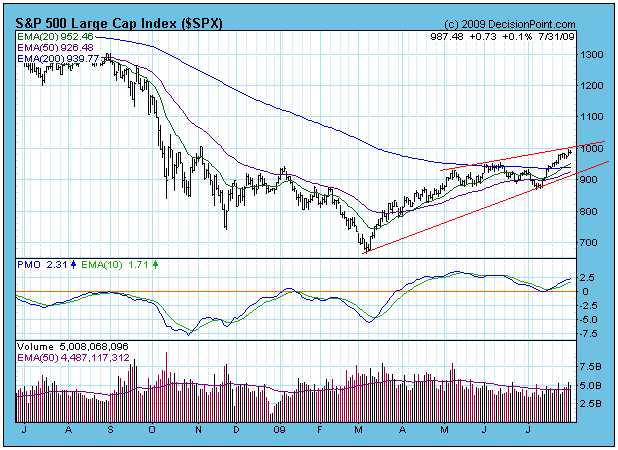 HOPING FOR A PULLBACK

Since the price lows of early-July, the market has moved relentlessly higher, penetrating the important resistance posed by the 200-EMA. When this rally began, a narrow window of fairly low-risk opportunity was presented... Read More