It is a rule-of-thumb that the average bull/bear cycle lasts about four years trough to trough -- 2.5 years of bull market followed by 1.5 years of bear market. Like most of these kinds of rules, it is good to keep them in mind, but don't try to set your watch by them. For example, the last bull market lasted five years, and the bear market that preceded it lasted two years. As it so happens, the last bear market lasted almost 18 months, which makes it fit the template almost exactly. 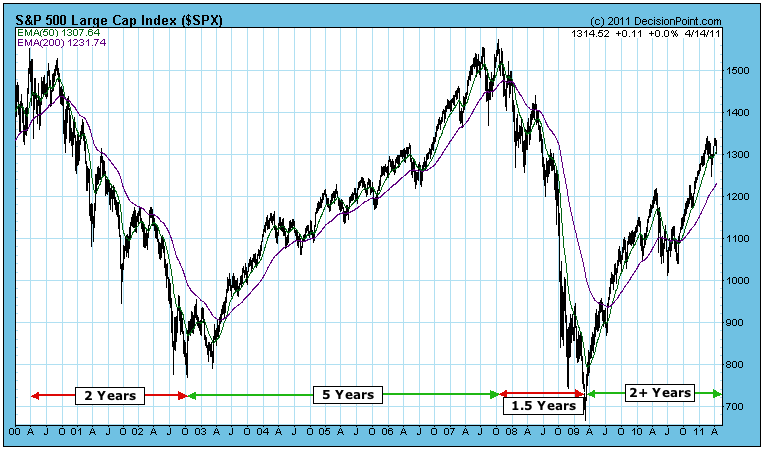 That doesn't mean the current bull market will also come in on the average, but we must take note that it is now two years and two months old, and is becoming vulnerable to the law of averages.

The market is also becoming vulnerable to the next six-month period of unfavorable seasonality, which begins at the end of this month.

Bottom Line: The current bull market is getting a bit long of tooth, and the specter of six months of negative seasonality lies just ahead. This is not a happy coincidence, especially combined with the fact that volume has been weak for many months. Our mechanical timing model has us on a buy signal for now, but I would take it quite seriously if that were to change.