The U.S. stock market continues to lead the rest of the world higher. Charts 1 and 2 show the S&P 500 and Nasdaq Composite Indexes clearing their fourth quarter highs, which puts them in position to challenge the highs formed last summer and spring. The S&P is also clearing a eight-month down trendline (see circle). The fact that both indexes have been able to rise in the face of a rising dollar (falling Euro) is also impressive (see gray area in Figure 1). That raises a number of intermarket possibilities. One is that the market's "inverse" relationship to the dollar is changing. Another possibility is that the dollar rally is nearing an end (and the Euro is starting to bounce). Another possibility is that Euro weakness is making the dollar look stronger than it really is. One way to determine that is to look at the performance of other foreign currencies which are acting much better than the Euro. 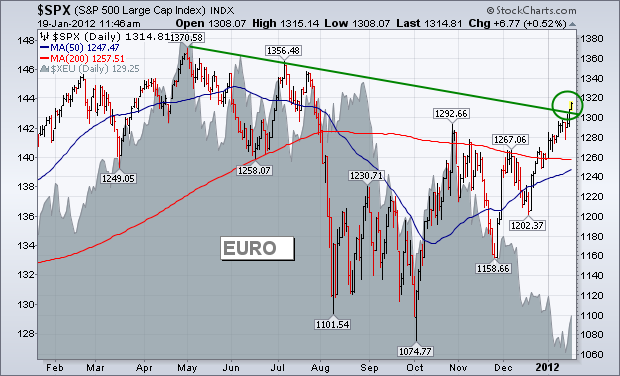 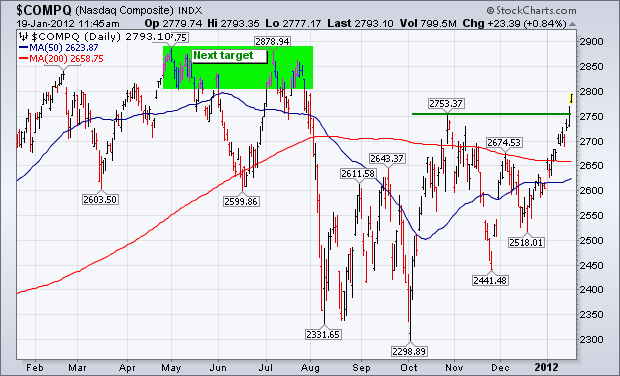