Canada had a popular TV show called The Friendly Giant.
When Suncor merged with Petro Canada in March 2009 it become Canada's energy giant.
It is the largest oil company on the $TSX by market cap and one of the top 5 companies in Canada as well.
Here is the live link. Suncor.  It has been trading in a sideways range for 2 years. 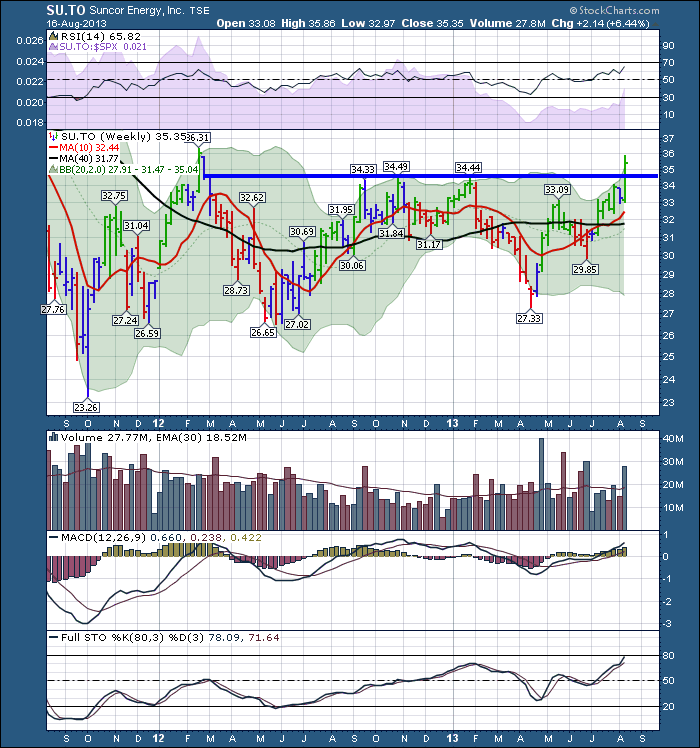 However, on a down week for the US index and an up week for Canada, something was going on.
With the gold miners breaking to the upside, Canada's energy sector and Canadian banks going sideways,
the undercurrents are swift here.

It emerged this week that Warren Buffett had put Suncor on his Breakfast Buffet. T Boone Pickens was also adding more Suncor.
When the big guys start to pile in, this stock should be well supported for retail investors. Canada's largest oil and gas company has broken out to 52 week highs.
With another $1 per share we will be at 2 year highs.

The $TSX still remains trapped below the 2 year top at 12904. Having this major company push up the overall index is bullish.
If we can get Canada to break out here, that would be a major trend change going into the fall. Currently we have lower highs and lower lows in 2013.
Here is the link to the live chart. $TSX. 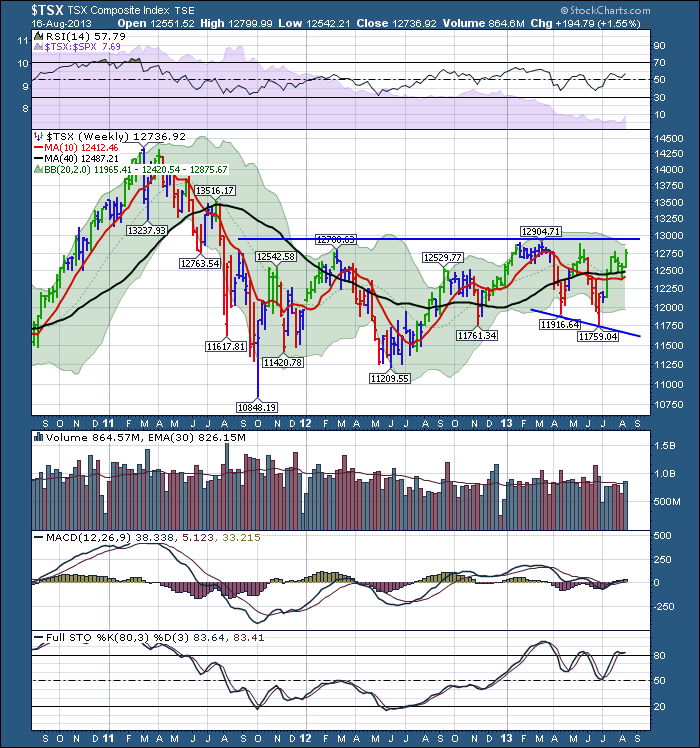 Lets see if we can make moves into new highs. Rejection at this level will be just as important so stay tuned.