The overall picture remains bullish for stocks and sector participation is broad. Six of the nine sector SPDRs hit new highs this week, and seven of the nine hit new highs this month. The Consumer Discretionary SPDR is the only one that has yet to hit a new high and remains around 2% below its March high. Even without the consumer discretionary sector, the majority rules and the majority shows strength. The table below is an edited version of the technical alert summary. Notice that XLI and XLB hit new highs last week and the other six hit new highs this week. Even though the broader market may seem overbought and ripe for a correction, it is hard to argue against such broad strength for the longer term. 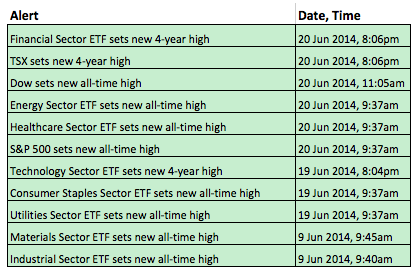 Chartists can find out which sectors are leading and which are lagging using a PerfChart. The sector dynamics over the past month show the finance, industrials, utilities and energy sectors leading because all four are up more than the S&P 500 SPDR. The consumer discretionary sector is up less, but it is holding up pretty well with a 4.46% gain and outperforming the consumer staples sector, which is up just 3.41%. Even though utilities are leading, I would not characterize this advance as defensive because the consumer discretionary sector is outperforming the consumer staples sector. 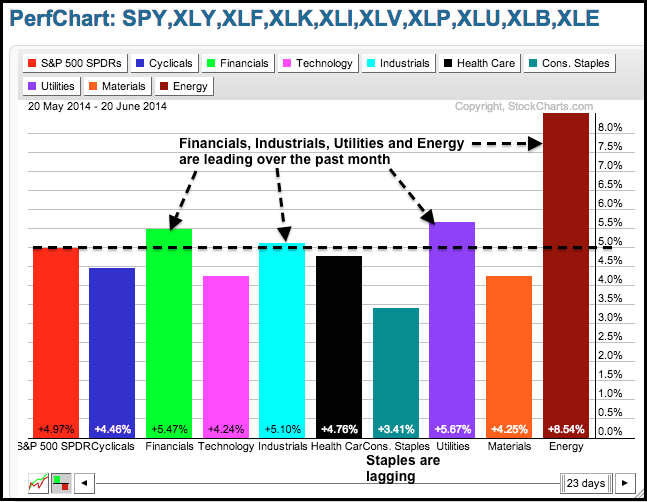