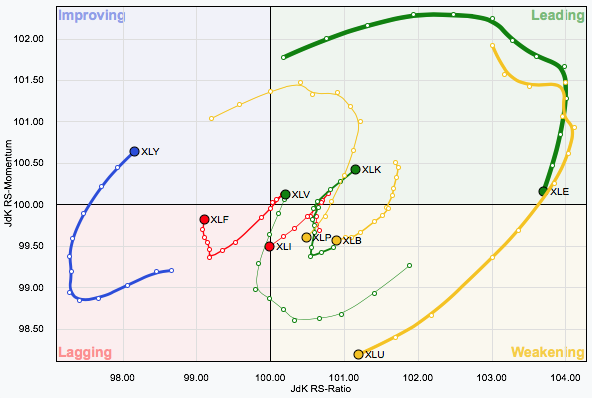 Rolling with the Changes - RRG Charts Come to StockCharts!

Hello Fellow ChartWatchers! Long-time members know that I am always thrilled whenever I can start my article with the phrase "Today I am thrilled to announce...". And that phrase has been used so much in 2014 that it is starting to lose all meaning... Read More 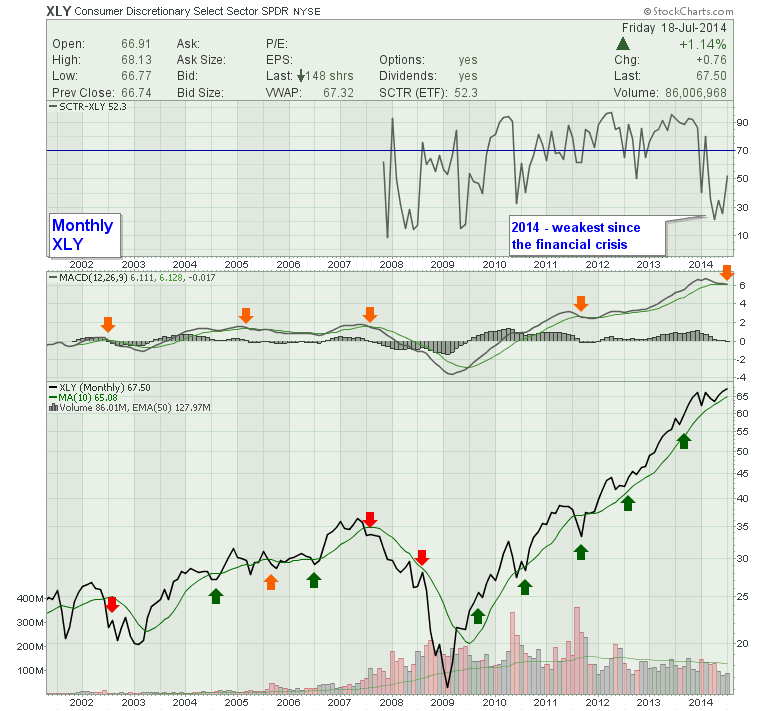 Now Is The Time For The XLY To Breakout

The Consumer Discretionary Sector SPDR (XLY) is a very important barometer in the US investing landscape. It sits on the edge of a breakout to new highs... Read More 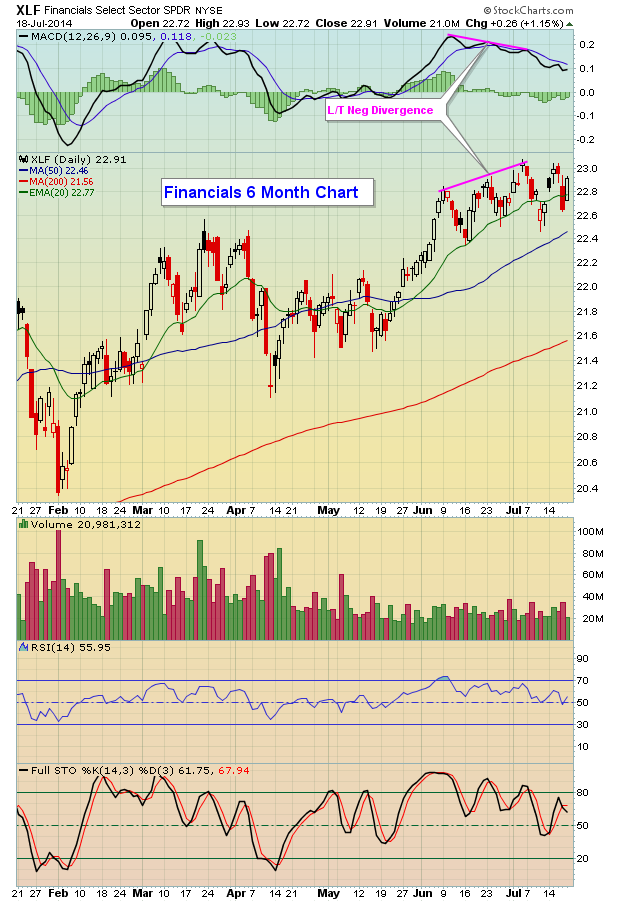 Financial stocks have lagged throughout 2014 and are showing signs of slowing momentum. That's keeping hope alive for the bears... Read More 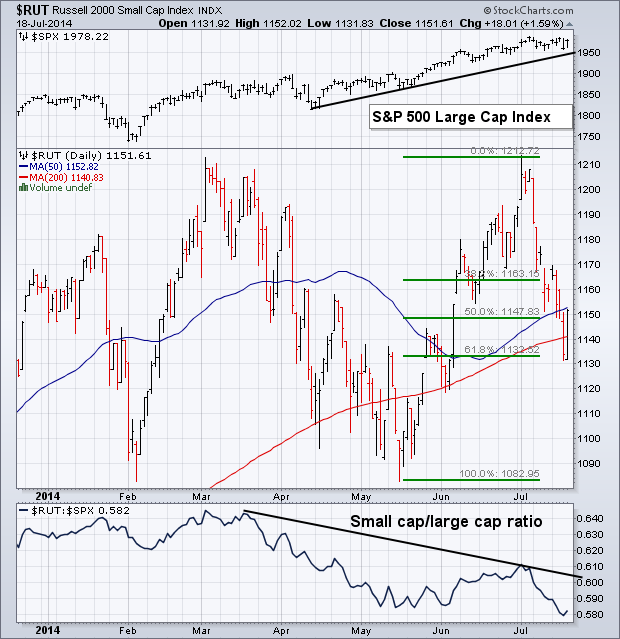 Small Caps Continue to Lag Behind

One of the nagging concerns about the current market rally is the lack of participation by small cap stocks. This week's action was another example of that troubling trend. The Russell 2000 Small Cap Index lost -0.72% this week (versus a +0... Read More 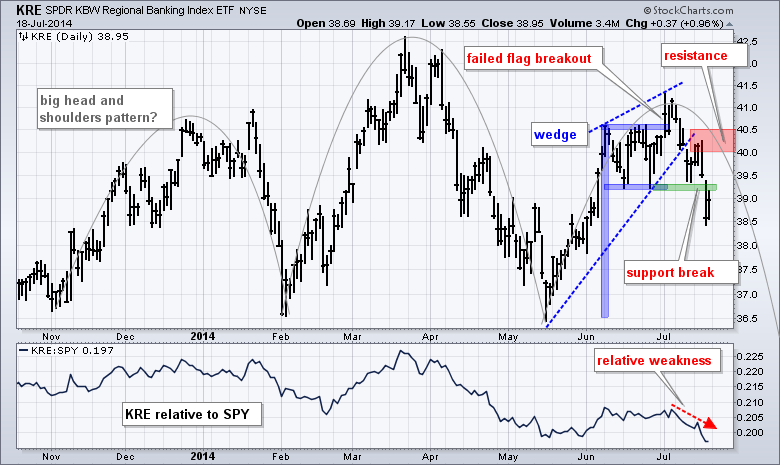 The Regional Bank SPDR (KRE) failed to hold its flag breakout and then broke support with a sharp decline this week. It would now appear that KRE formed a rising wedge that peaked below the January high... Read More 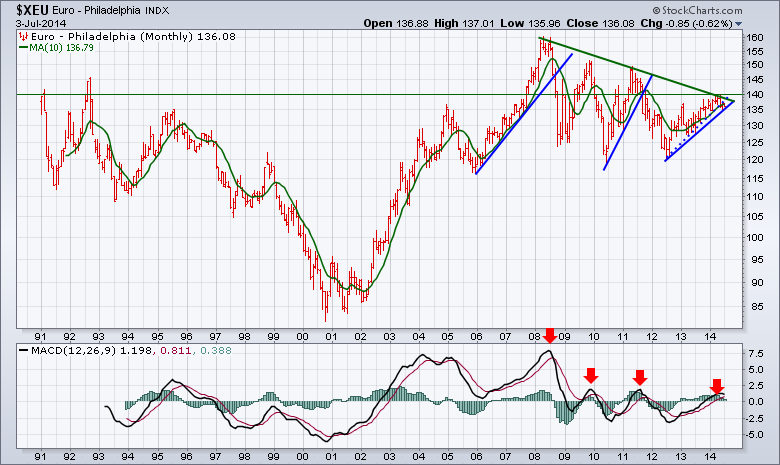 Is The Euro Carrying Critical Information For Commodities Direction?

This week was an important week on a lot of the commodity charts. Most of them surged up to major long term resistance lines with a few of them breaking through. But it is the Euro Currency Charts that look critical right here... Read More 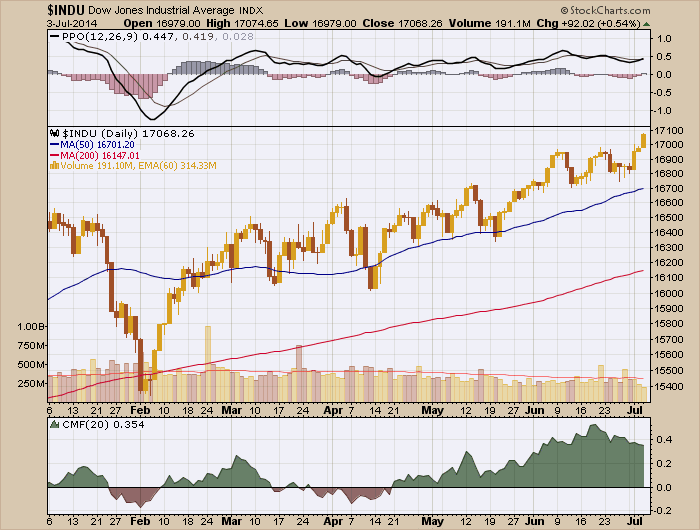 What to Expect in the Second Half of 2014

Hello Fellow ChartWatchers! 2014 has already been full of surprises both in the markets and here at StockCharts.com. From a market perspective it has been yet another great year to be a technician assuming that you trusted the charts and not the talking heads and experts... Read More 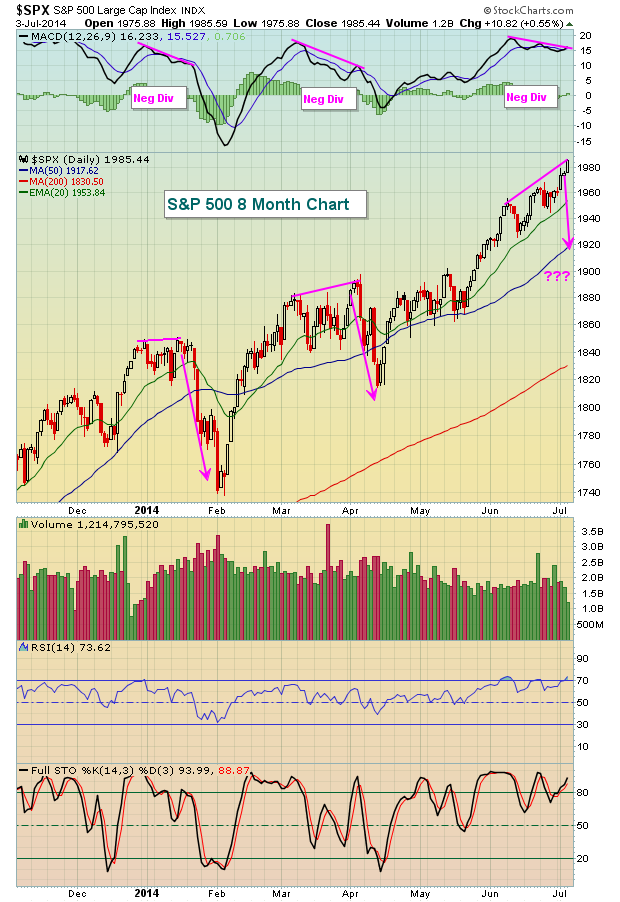 Assessing The First Half of 2014

It's been quite confusing for several reasons, a few of which are discussed below. Historically, the S&P 500 nearly always struggles during the balance of a calendar year in which January performance is weak. In January 2014, the S&P 500 fell 3... Read More 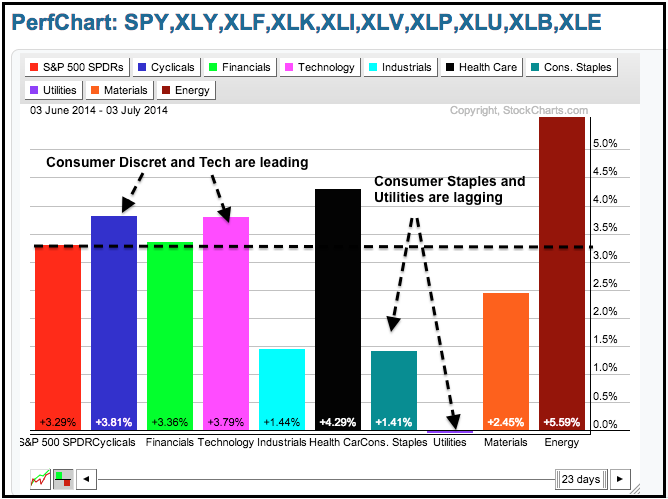 Relative weakness in the consumer discretionary sector was a concern a month ago, but not anymore. The first PerfChart shows the Consumer Discretionary SPDR (XLY), the Technology SPDR (XLK), the Energy SPDR (XLE) and the HealthCare SPDR (XLV) leading since June 3rd... Read More