The continued desire of central banks to stimulate the economy seems to be onto its next round.

With the Halloween announcement of the Japanese Pension Fund spending $247 Billion on equities worldwide and at least 1/2 of that on foreign equities, it would appear a new buyer is showing up for work. While this is not the central bank directly, the central bank announced more bond buying, which happens to match the Pension fund wanting to unload about $250 billion. By selling to the Bank of Japan, the pension fund has found a way to move the bonds out of their portfolio. If we were to follow the trend of "Show Me The Money" the Japanese have just announced a massive catalyst. This additional capital, which is equivalent to 3 months of the QE3 US stimulus, may provide another opportunity to continue to the bullish ascent.

With the $COMPQ volume on Friday only slightly above the 50 DMA average, I am suspect of the $SPX/Nasdaq highs. We'll continue to watch next week as some high beta name stocks did not trade well this week. Stocks like Facebook (FB), Alibaba (BABA), Tesla(TSLA) and Gilead (GILD) have not followed the market higher over the last 3 days, leading me to be cautious of the high fliers. While even great stocks don't rise every day, you would expect them to run when the overall market is up a full 3 percentage points. With MSFT returning in strength and AAPL hitting new highs, the charts of Microsoft and Apple are very similar to the chart of the $SPX. However, Facebook made highs on Tuesday morning, gapped down after blowout earnings and a poor conference call, then built a doji on Friday. Gilead (GILD) had a good candle on Friday's last hour or it would have closed the week without enjoying any of the ripping rally. It did make a high Friday morning on the open, but sold off most of the day in an up day market. The volume on Gilead was 25% higher for the week with little more than a doji candle to show for it. The Nasdaq was up 1.4% on Friday alone. 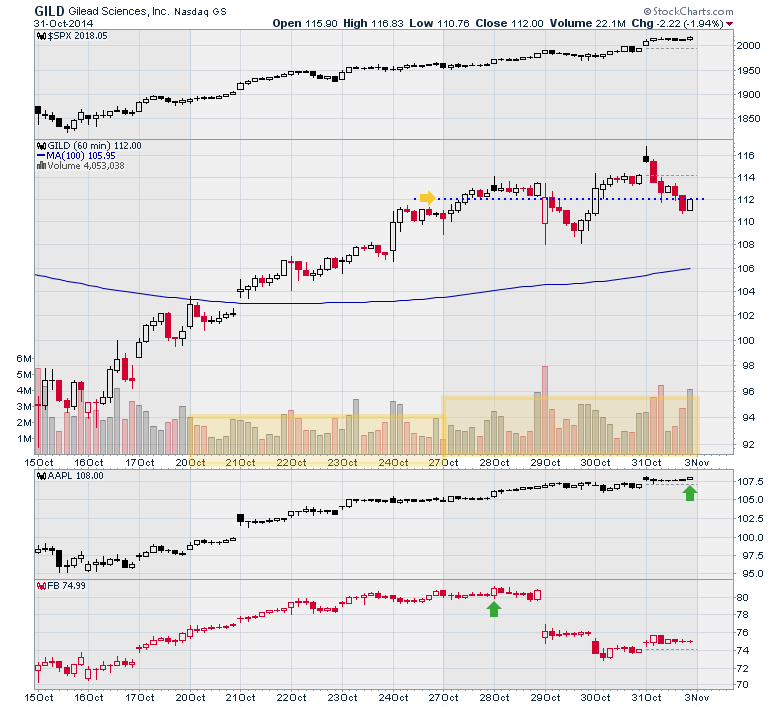 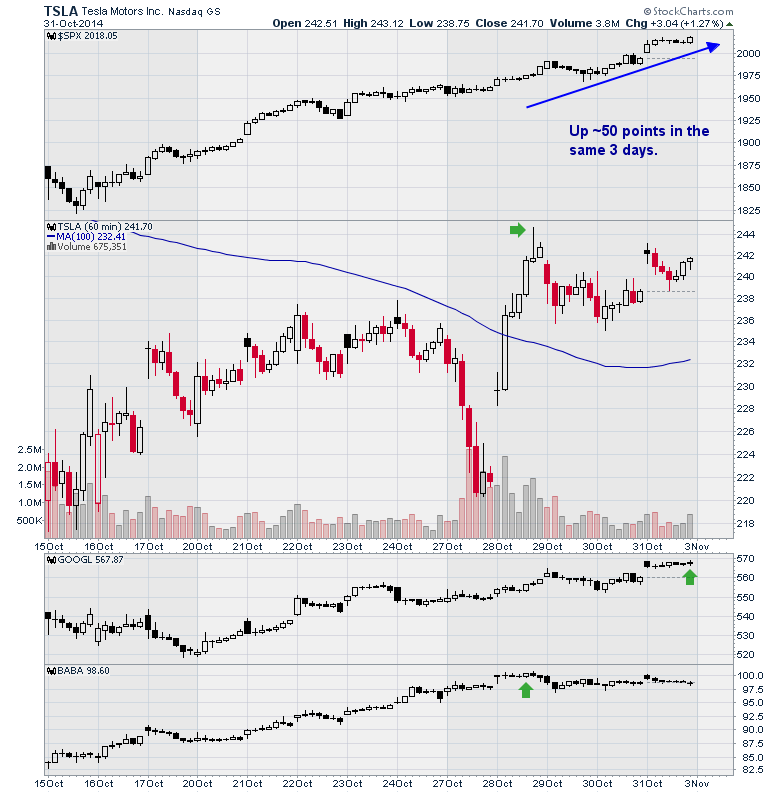 There might be more opportunity in the Japan Hedged ETF (DXJ) with the announcement or the Hedged European ETF (DBEU) if more stimulus is coming from Mario Draghi and the ECB.  It will be important to hedge the currency because the Yen and the Euro have not been doing well. 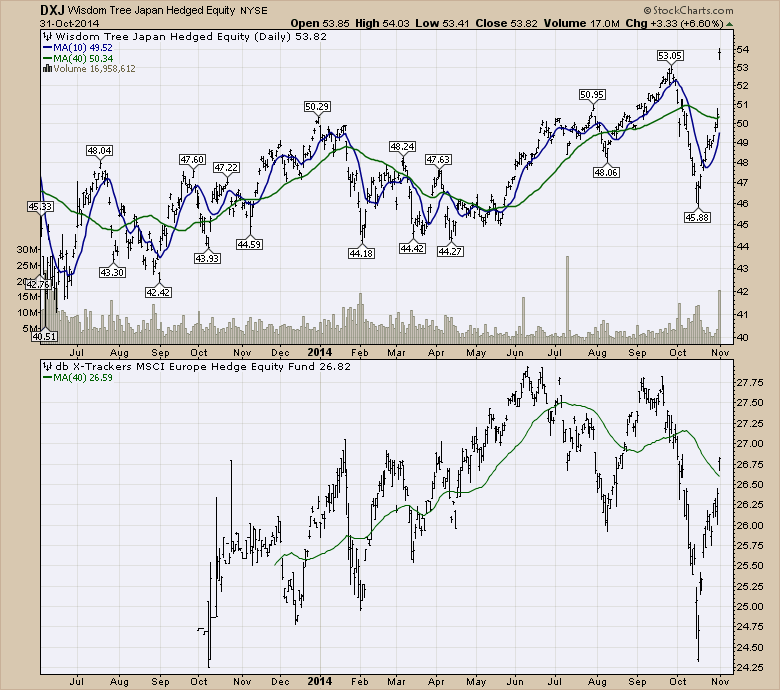 In summary, follow the money. It appears to be coming to Japan (DXJ) and the EU next.The EU ETF (DBEU) only has 300,000 - 500,000 shares a day trade. I would watch Gilead (GILD) closely. It may have a better week next week, but this week was not as strong as I would have expected. With only 42% of the Nasdaq Composite above the 200 DMA that seems weak after 2 weeks of going vertical. Almost 75% of the $SPX is back above the 200 DMA so that is much better. The Nasdaq 100 has 78% bulls. They would be in the $SPX list too. I sport very mixed emotions on the rally leadership.