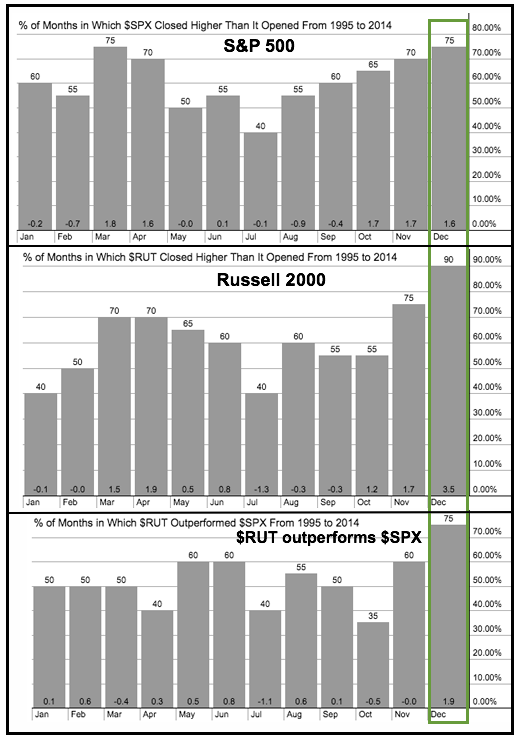 The Russell 2000 iShares (IWM) has yet to start out performing and is up less than 1% so far this month. The second chart shows IWM surging in October and then consolidating the last five weeks. Even though it is not picture perfect, the pattern resembles a flat flag, which is a bullish continuation pattern. IWM bounced off support in the 114-115 area twice, but remains shy of a breakout that would signal a continuation of the October surge. A break above the November highs would confirm the bull flag and target a move to new highs. The indicator window shows the IWM:SPY ratio working its way lower the last few weeks. The ratio has yet to break the mid October low, but IWM shows relative weakness and a break above the October-November highs is needed for IWM to start showing relative strength again. 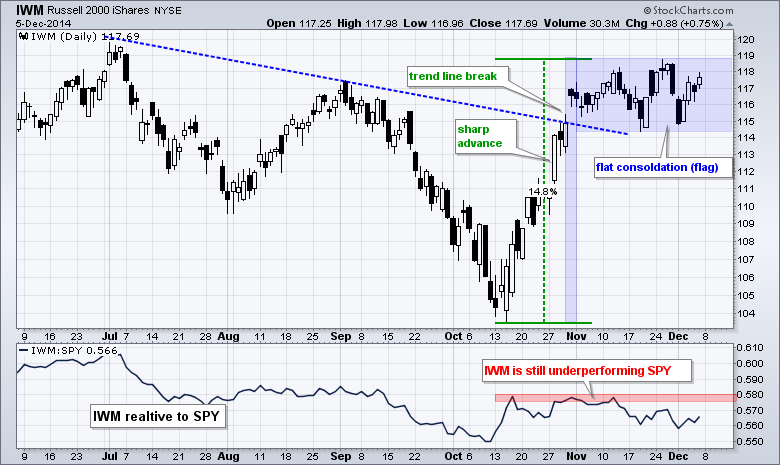