There have been four big surges in the 10-year Treasury Yield since the bull market for the S&P 500 began in 2009. These big moves certainly sent shock waves through the bond market, but the stock market was not rattled because the S&P 500 produced double digit gains during each of the three yield surges. Note that we are currently in the midst of the fourth surge. While I am not predicting double-digit gains in the S&P 500, there is a clear positive correlation at work here and this is, well, positive for stocks. Moreover, the S&P 500 hit a new high just last month and remains in a clear uptrend. 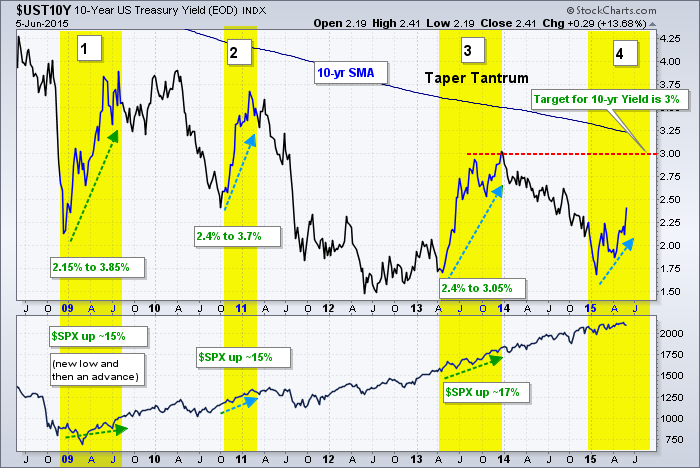 Why would stocks gain when the bond market is falling apart? Nobody knows for sure, but I can think of at least three reasons. First, bonds decline when Treasury yields rise and this means money is moving out of the bond market. This money has to go somewhere and the stock market is as good an alternative as any. Second, the surge in Treasury yields is a signal from the bond market that the Fed is more likely to raise rates. This is a vote of confidence for the labor market and economy, which in turn is positive for the stock market. Third, the rise in Treasury yields and steepening yield curve have been positive for banks and brokers. Note that the Regional Bank SPDR (KRE) and Broker-Dealer iShares (IAI) are leading the market this year with year-to-date gains of 7.63% and 5.12%, respectively. Both hit new highs this week as well. The chart after the jump shows four different Treasury yields on one scale and an upturn in the yield curve.

Thanks for reading and have a great weekend!
Arthur Hill CMT
@ArthurHill 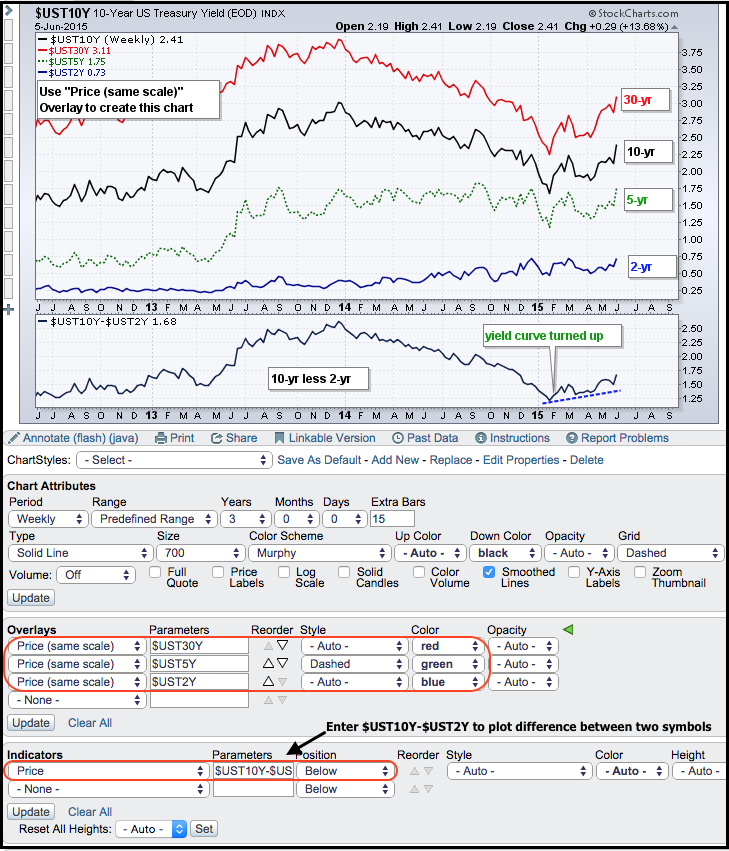