There is no denying it, the market experienced an amazing rally this past week after the waterfall correction initiated by Brexit. Now prices are where they were before the landmark vote. The question is whether this rally will persist now that price is reaching strong overhead resistance once again. 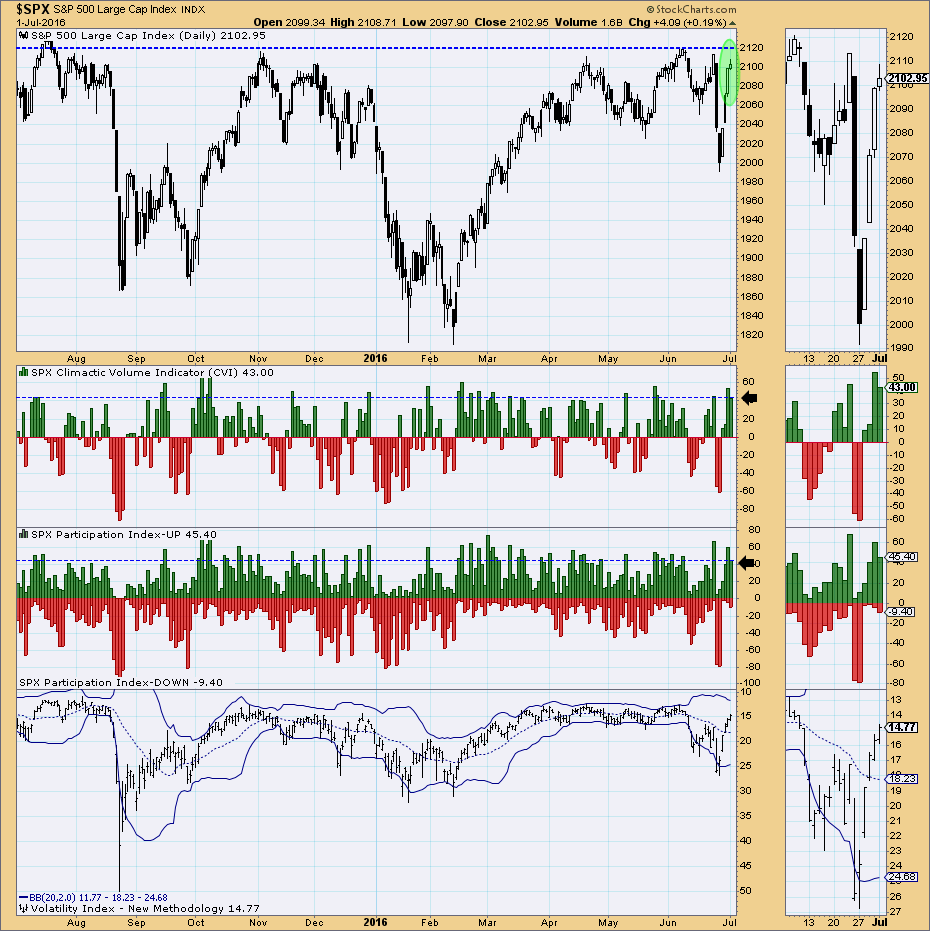 Additional confirming evidence of a buying exhaustion appears on the short-term indicator chart. Note that all of these indicators are near the top of their range. They will be looking to decompress and the best way for that to be accomplished is consolidation or decline. 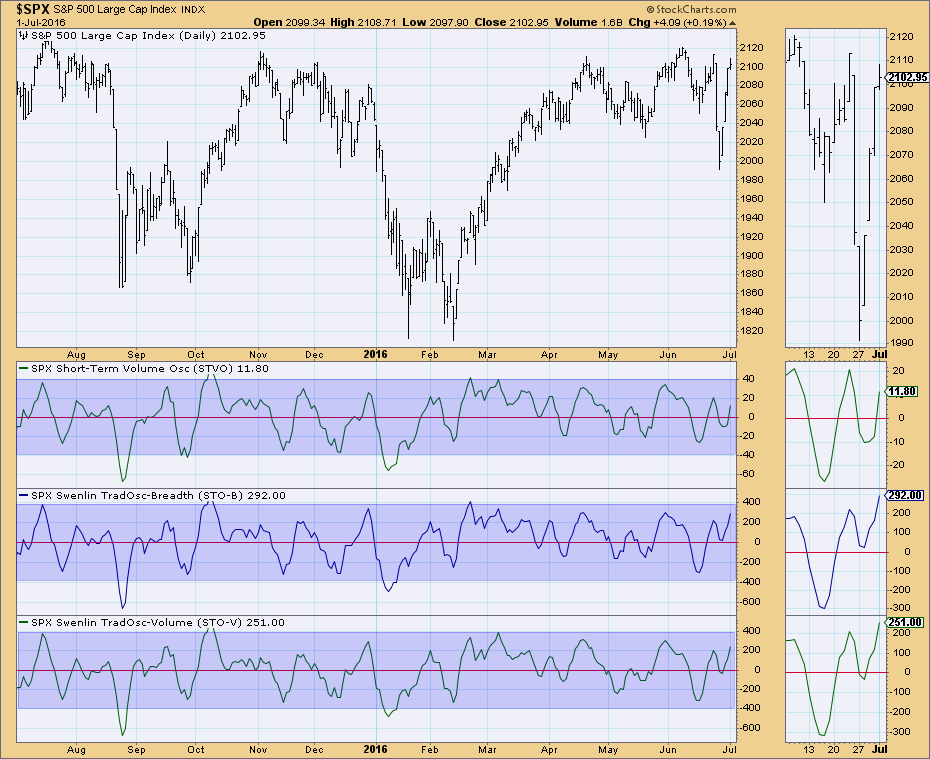 Conclusion: With price nearing overhead resistance at all-time highs once again, conditions need to be ripe for a breakout. Ultra-short- and short-term indicators are suggesting lower prices in the short term which doesn't support the idea of a rally past overhead resistance.