As the Dow Jones Industrial Average (DJIA) has been moving steadily to record highs, I have observed a persistent erosion of underlying support as expressed by 52-Week New Highs for the DJIA component stocks. The New High peak in March represents the highest level reached recently, and we can see a steady decline in the number of New Highs since then. Of particular concern is the contraction of New Highs in the last few weeks, which happened even as the DJIA squirted higher for nine days straight. 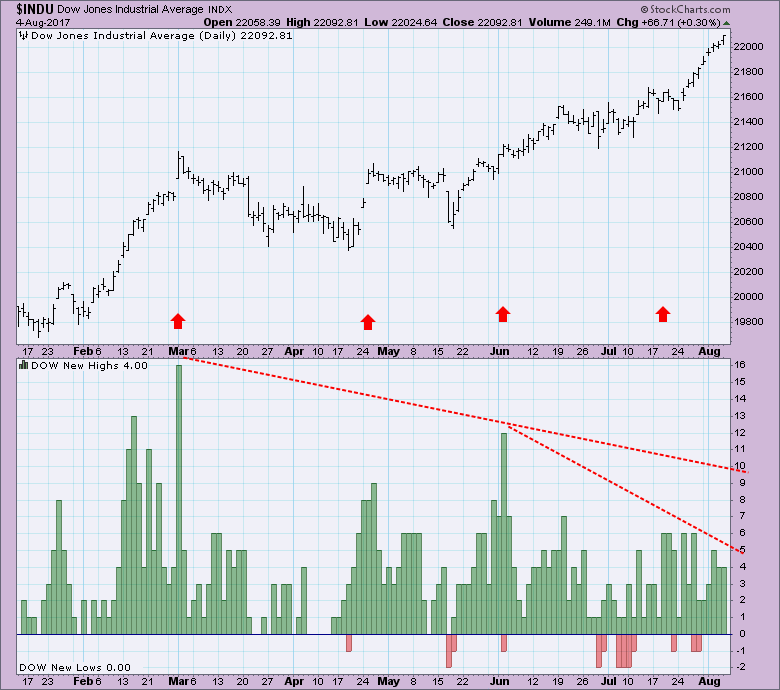 In a bull market a spike in New Highs usually represents a buying climax, after which a period of churning or decline is likely to take place. It is not necessarily a period of danger, rather it simply a consolidation of gains, and represents the normal ebb and flow of market activity; however, the recent divergence is a little more concerning. 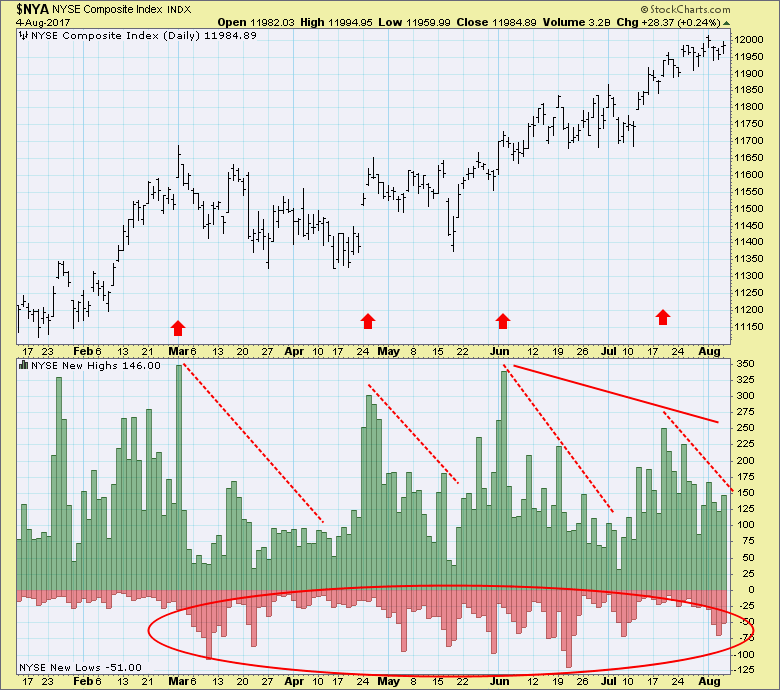 Conclusion: While price has moved steadily higher, New Highs have contracted and New Lows have expanded. This divergence has become more pronounced in the last few weeks and should cause us concern regarding the market's underlying weakness.