While many market pundits seemed to grow very concerned about the 10 year treasury yield ($TNX) rising to 7 year highs at its recent 3.11% peak, I only grow nervous when the TNX falls.  Why?  Well, rising rates are typically a precursor to economic strength.  The S&P 500 ($SPX) has a strong positive correlation with the direction of the TNX.  It might go against common sense as many believe that rising rates will slow our economy.  At some point, that could be the case, but not when we're near all-time low levels on the TNX.  Interest rates are at very low historical levels and rising from this level is VERY BULLISH for equities.  Let's take a look at that TNX and SPX correlation: 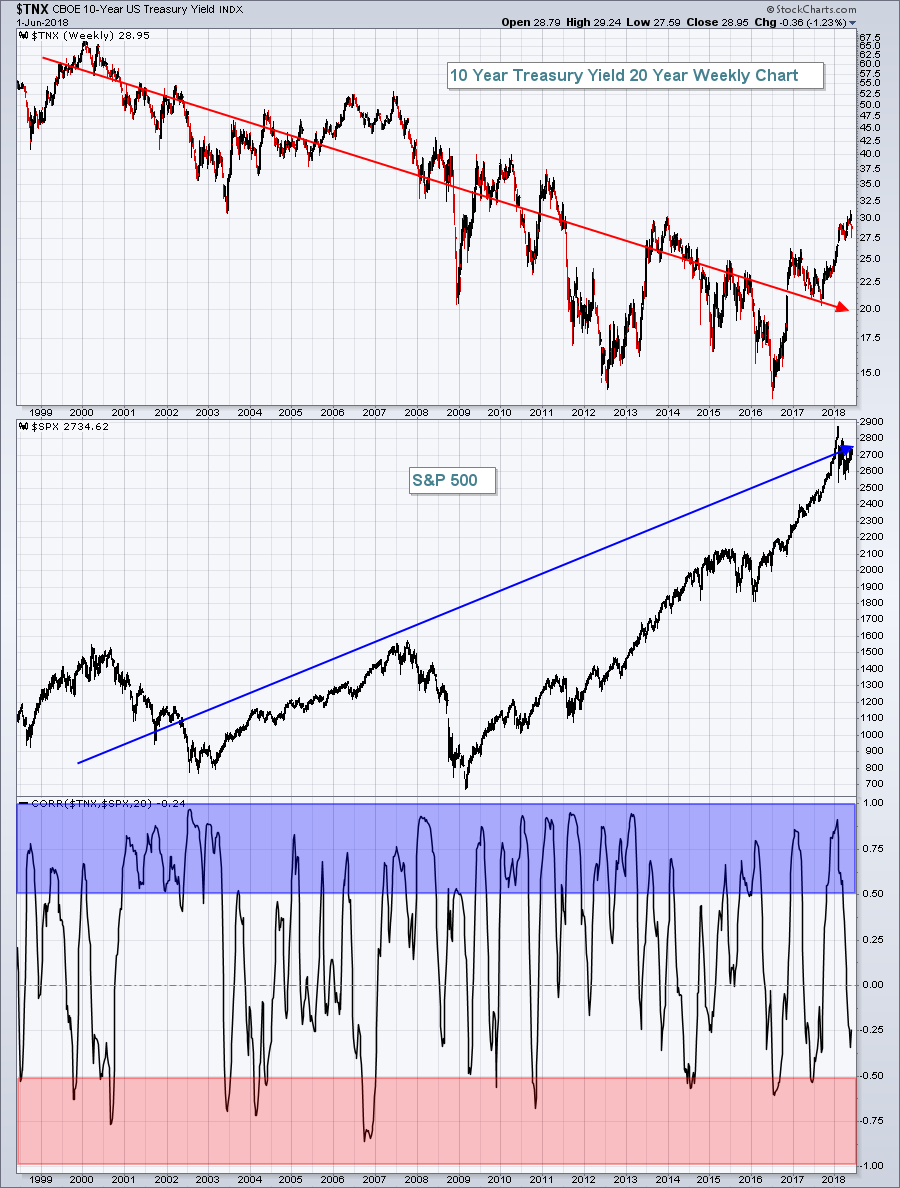 Over the long-term, the TNX and SPX can move in different directions.  In the short- to intermediate-term, however, they tend to move together as the mostly positive correlation reflects.  There are two dynamics that drive this intermarket relationship:

I believe the nearly four decade drop in treasury yields has ended.  I expect to see a 4.00%-5.00% yield on the TNX over the next 1-2 years.  That means A TON of money will be rotating away from the bond market, the first such major selling of bonds in 40 years.  That will ignite an already robust U.S. stock market.

When economic conditions are strengthening, treasury yields rise, transportation stocks ($TRAN) perform very well, and utilities ($UTIL) suffer.  The stock market is already anticipating this scenario as the TRAN:UTIL ratio is quite bullish and on the rise again, despite the recent drop in the TNX: 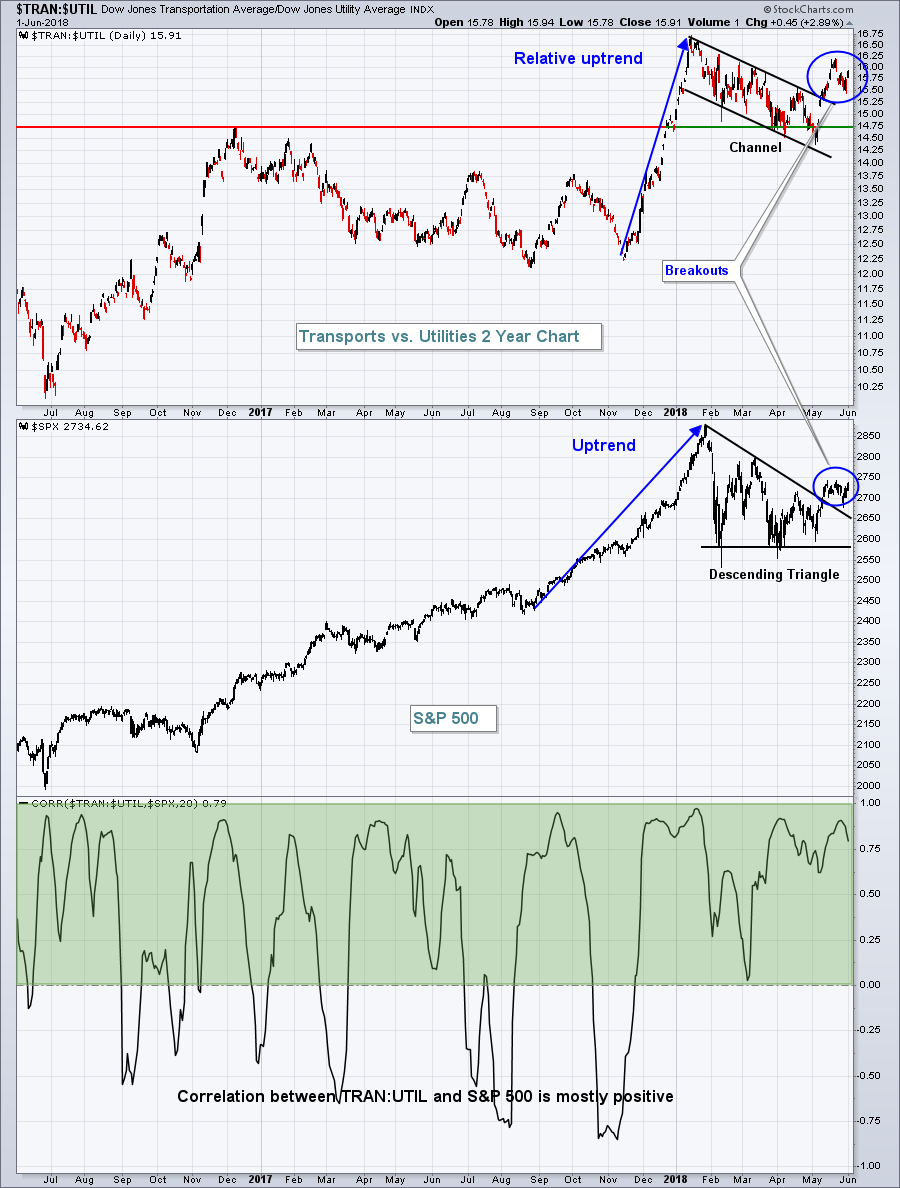 The increased volatility in Q1 2018 resulted in consolidation of the S&P 500 and a down channel for the TRAN:UTIL ratio.  Both have broken out of those patterns, however, and I believe are signaling yet another rise in U.S. equities.  The summer months do tend to provide seasonal headwinds for equities so large gains might have to wait until Q4, but I'm convinced U.S. equities are heading much, much higher.

I've written quite a bit about dollar strength ($USD) and resulting outperformance by the small cap Russell 2000 ($RUT).  I expect that to continue, although the USD is pulling back from overhead resistance at 95.  If that resistance is cleared, look for a strong summer from the small cap stocks to extend its spring rally.

For a look at the USD and its impact on small caps, check out my Friday Trading Places blog article, "Small Caps Enter Their Best Relative Strength Month On A Roll".  Please scroll to the bottom of this article and to the bottom of my Trading Places blog article, type in your email address and hit the green "Subscribe" button.  Your subscription is FREE and you'll receive my commentary as soon as it's published.  Thanks so much for your continuing support!