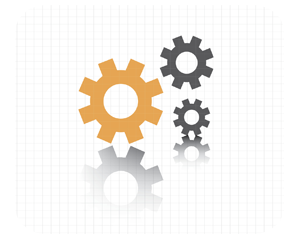 The Industrials SPDR (XLI) has struggled in 2018 and is pretty much unchanged year-to-date. Despite flat performance this year, a pair of bullish continuation patterns are taking shape. Let's look at the key levels to watch going forward.

The first continuation pattern is a large falling wedge. This pattern represents a correction after the big advance from October to January (~22%). The falling wedge retraced around 2/3 of this advance as the ETF reversed course in the 70-71 area.  XLI then broke above the wedge line and exceeded the April high. This bullish breakout reverses the wedge decline and signals a continuation of the prior advance. 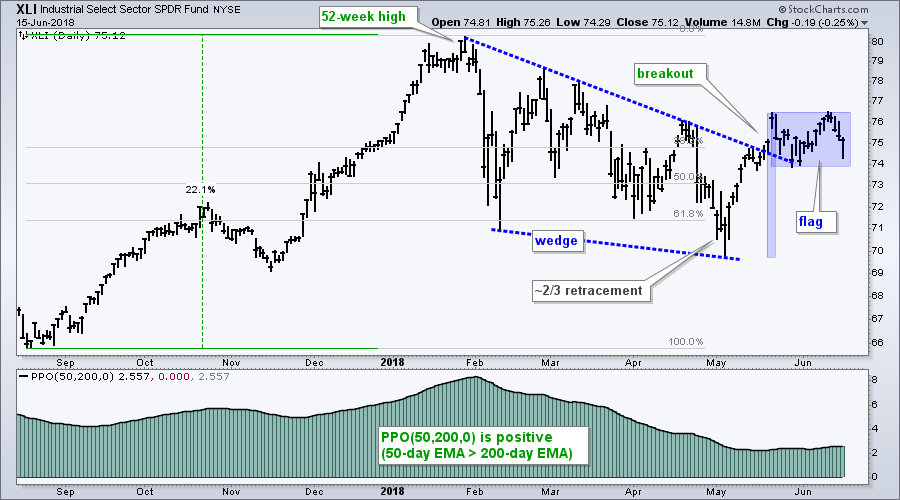