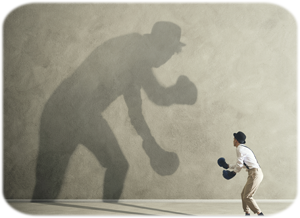 The S&P 500 is in the midst of a big run that lifted most boats, especially financial stocks. Even though these stocks are leading with the biggest gains over the last three weeks, most big financials are still in downtrends overall and below their 200-day SMAs.

Chartists looking to separate the true contenders from the pretenders should focus on three price points: the relationship between the October-December lows, the November-December highs and the 52-week high.

Stocks that formed higher lows from October to December showed relative chart strength during the market meltdown (Citigroup did not). Note that the S&P 500 exceeded its October lows in December. Stocks that subsequently broke above their November-December highs are outperforming on the upside (Citigroup has not). $SPX remains well below these highs. Stocks at or near a 52-week high are leading and in uptrends. $SPX is not even close to a 52-week high, neither is Citigroup.

And then there is the hat-trick: stocks that held above their October low in December, broke their November-December highs and traded near 52-week highs recently. These stocks are the true contenders.

The example below shows BroadCom (AVG) with a higher low from October to December (+1). Next, the stock broke above the September and November highs (+1). And finally, the stock is within 2% of a 255-day high, which is equivalent to a 52-week high. Three for three looks like a hat-trick.

Separating the Signal from the Noise