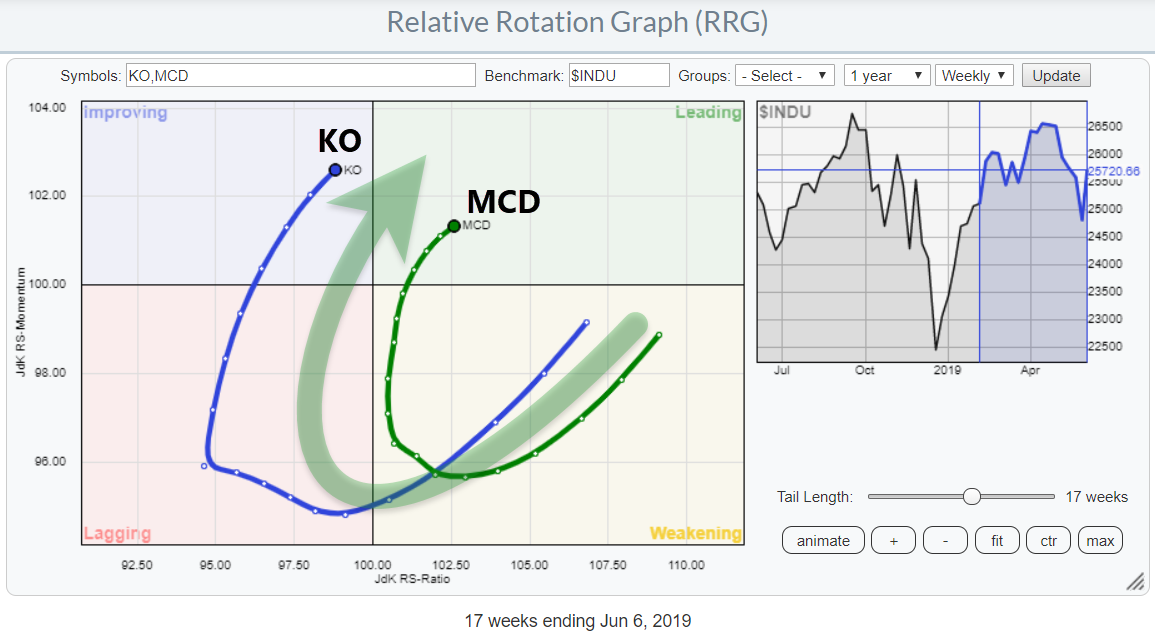 While browsing through the stocks in the DJ Industrials index, my attention was grabbed by the tails on KO and MCD, both in a positive way.

When you toggle* through the tails on the RRG of the Dow 30 stocks against $INDU, you can easily notice these two tails as being of potential interest. They both have very regular rotations, they are of decent length and they are both moving at a strong RRG-Heading. These seem like reasons enough to put them on the SharpChart workbench for further inspection. 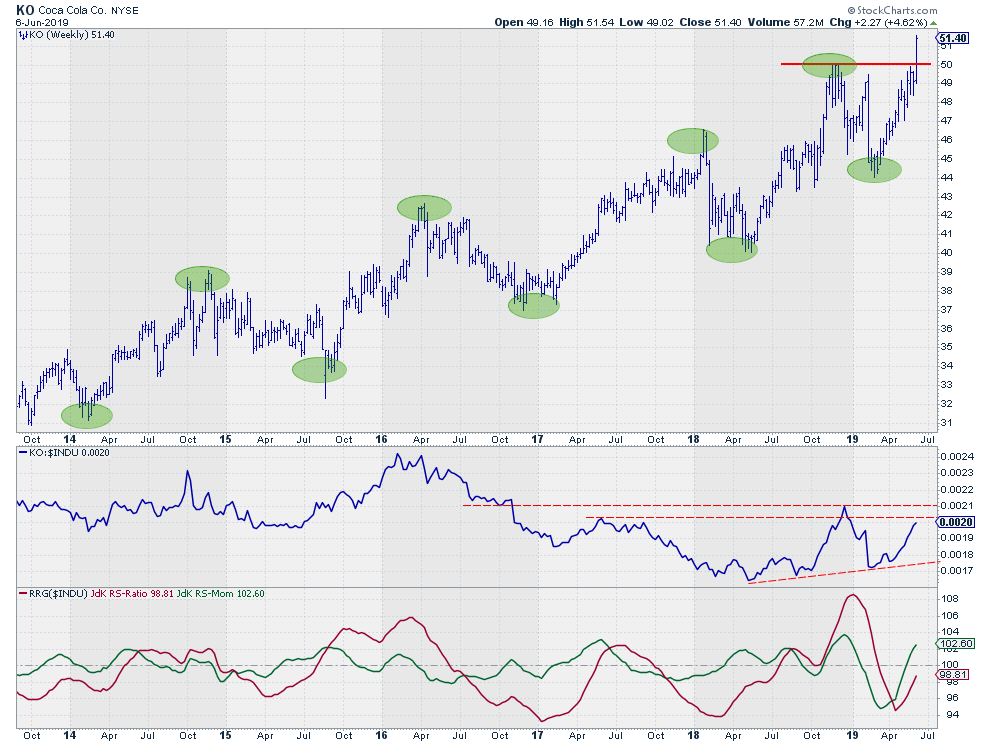 The price chart of Coca-Cola shows a series of higher highs and higher lows (green marked ovals), which means that an uptrend is in play. The only problem is that I had a hard time coming up with meaningful trend lines to mark that uptrend or contain it in a channel.

That's nothing major; it's just that the trend that is not as regular as we would like to see it. Higher highs and higher lows are good, though, and the recent break above the resistance level (around $50), coming off the last two (or three if you include the high of two weeks ago), has once again confirmed that this trend is still intact.

The relative line is a different story. From early 2016 until May 2018, KO was not able to keep up with the pace of the DJ Industrials index and was a big underperformer. This relative weakness changed during the second half of 2018; looking back, we can now detect two higher lows following the turning point in May 2018.

As a bonus, these three lows are lining up nicely, providing us with a reliable (three touch points) trend line to mark support for relative strength. A break beyond the two horizontal resistance lines (dashed) would be a confirmation of the improvement in relative strength that is underway and would provide the rally with new fuel.

The RRG-Lines are both moving higher at a pretty steep angle, providing us with the strong heading seen on the RRG. A further rotation into the leading quadrant seems to be around the corner. 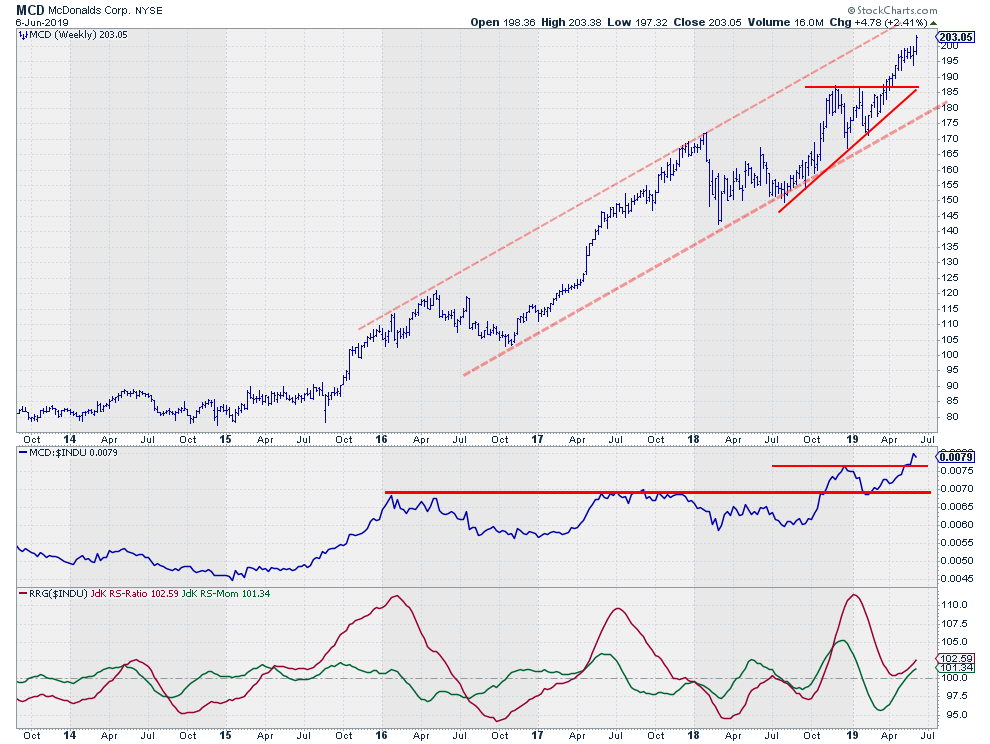 MCD is in even better shape than Coca-Cola. The price is contained inside a nice rising channel that is still in play and has room to move higher before touching the upper boundary. The recent break beyond resistance (just above $185) was a strong signal that triggered an acceleration of the rally that is currently underway.

From a relative perspective, MCD had been moving in a range since the start of 2016, only breaking out of it in October of last year. That initial break caused the RRG-Lines to move above 100 in tandem and position MCD inside the leading quadrant. After setting a new relative high, the former horizontal resistance level was successfully tested as support. During that test, the JdK RS-ratio line managed to remain above 100, putting in a new low before following relative strength higher.

This sequence of events causes a rotation at the right-hand side of the Relative Rotation Graph, which is usually a prelude to a strong relative move higher.

All in all, both stocks are looking good from a relative and price perspective in comparison to the DJ Industrials index.

So, at your next visit to MCD, you might want to consider super-sizing your meal (and adding an XL Coke). ;)