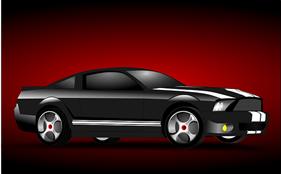 Some of the old Ford and GM cars can still rev their engines, but the sound of a revving engine could go the way of the dodo with EVs. Perhaps, I should say that the Global Auto ETF (CARZ) price chart is revving its engine and poised for a breakout.

Like the Russell 2000 ETF and some growth-oriented groups, CARZ led the market in 2020 and then took a rest with a consolidation in 2021.  The trend is clearly up because the 10-week SMA is above the 40-week, price is above the rising 40-week SMA and the ETF hit a new 52-week high in April. Evidence of a long-term uptrend means we want to focus on bullish setups and patterns. Why fight the trend. 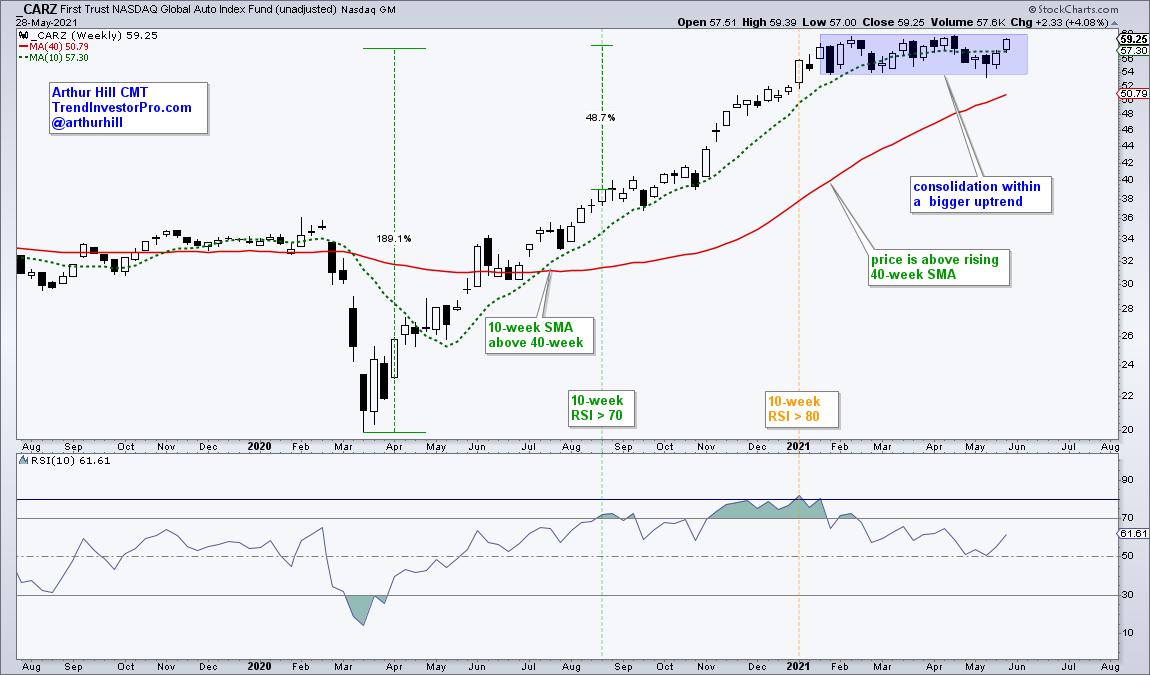 Consolidations are necessary because they work off prior excesses and pave the way for the next move. Upside momentum is considered strong and healthy when weekly RSI(10) moves above 70. In contrast, a move above 80 indicates excess that can lead to a corrective period. Notice that RSI exceeded 70 in mid August and the ETF advanced another 48%. CARZ started its correction a few weeks after RSI exceeded 80, which was in early January. Most recently, RSI dipped back to the low 50s in June and this alleviated overbought conditions.

Returning to the pattern, a consolidation within a bigger uptrend is typically a bullish continuation pattern. This rectangle represents the pause that refreshes and a breakout would signal a continuation of the bigger uptrend. Chartists looking to get a jump on such breakouts can trade the swing within the consolidation using daily charts. This setup was featured at TrendInvestorPro in our reports on May 20th and 27th. Click here to subscribe and get immediate access to our reports and two bonus ChartLists.