Gold (GLD) has traded in a narrow range for a week now. With Gold currently sliding sideways for a few days, we can see it has been on a slippery slope heading into this week. The sideways move currently looks like a break in the selling momentum. This is an important place to see if Gold can maintain support here. 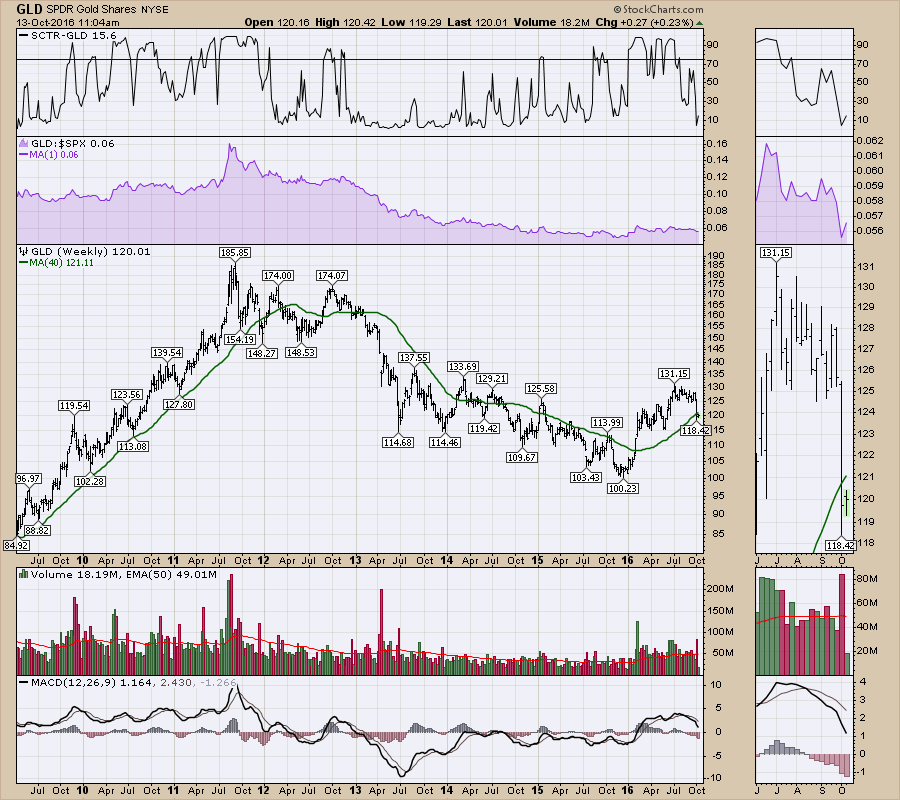 On the chart above, the 40 WMA in green provided support all the way up until early 2012. Then the 40 WMA was a resistance level for the bear market. The importance of where Gold goes from here can not be understated for those in the perma-bull camp.

This chart is currently at a major pivot point along with many others.

Looking at GDX, there is a lot of information to be gleaned from the chart. With the SCTR now down at 10, is this ETF due for a bounce or will it continue breaking down? The Relative Strength in purple has broken down as well, so underperforming the $SPX makes it difficult for new buyers to show up if you are trying to outperform the market. Moving on to the price panel, this chart is also trying to hold the 200 DMA which is similar to the 40 WMA shown above on the GLD chart. 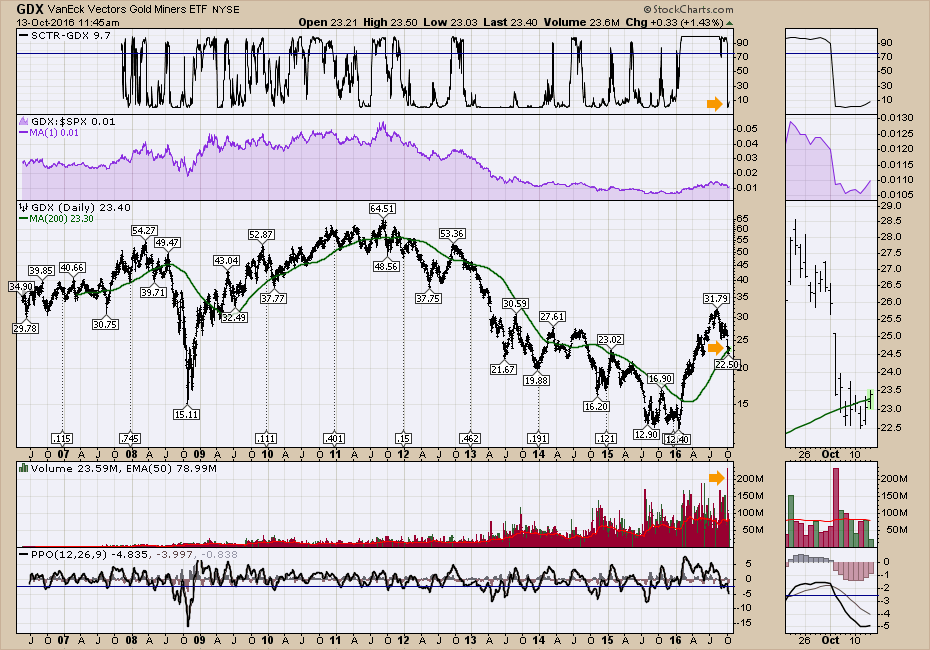 Looking at the volume we can see we reached a new daily extreme recently with over 200 Million shares traded in one day. SPY spikes over 250 Million once in while as the most popular ETF. To see this much volume in an ETF, which represents a small subsector of the broader market, makes this GDX chart stand out in terms of volume.

With the $SPX breaking to new 3-month lows today, and many other charts having snapped trendlines recently, it is an important place to be aware of the potential for an intermediate top in the overall market. The QQQ recently made a new high on Monday October 10, 2016. As the SPY did not confirm the breakout to new highs, the market is in a unstable state with certain sectors pushing up, but the broader market unable to keep up. The bounce off the lows (211.21) would be expected as the market tests the previous lows ($211.24). The height of the bounce is the question now. The MACD having trouble staying above zero is not a positive. 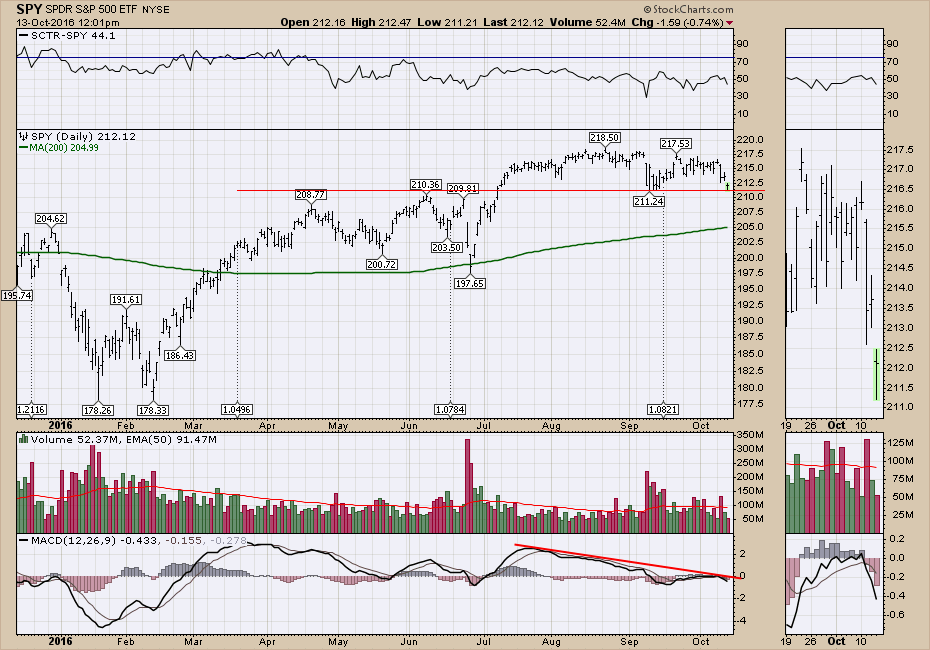 With just a few charts, I have set the stage of why I am starting to tame my bullish bias.

I will have much more on the Commodities Countdown webinar 2016-10-13 later today. If you miss the live broadcast you will find it in the webinar archives later tonight.

Is this just another buy point for Gold, or is this a continuation of the commodities bear market? There is a lot of information to talk about this week. This is not just another week in the markets.