Recently, Fastenal has been building a bias to the upside. Its December low, notably, was higher than its previous low in October, which itself had improved upon the prior June low. This progressive stock continued to make higher lows even as the overall market broke to new 52-week lows. Fastenal's SCTR, meanwhile, has pushed up to the highest level in a year. The relative strength is making all-time highs. Last week, the price edged out the previous 52-week highs; that strength continued into this week. The one-year downtrend in momentum has now been broken to the upside. 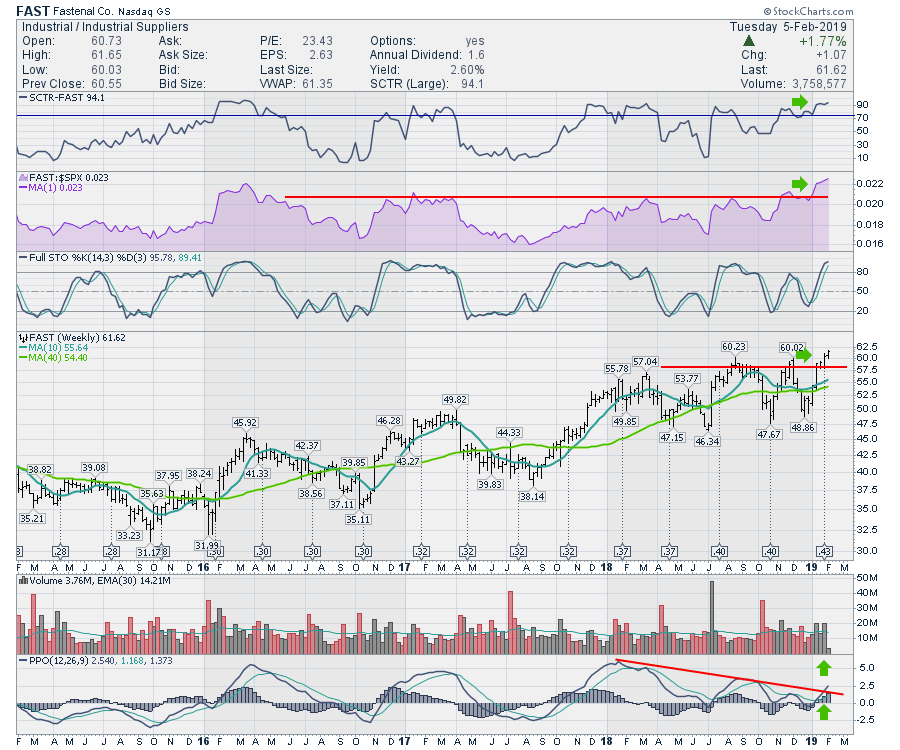 There are lots of stocks moving rapidly higher here, but some of the big groups, such as financials, have been moving a lot slower. I'll be covering some of the charts making moves in the Industrial metals group on Market Buzz, airing on StockCharts TV at 10:30 AM ET Wednesday morning. I look forward to having you join me.