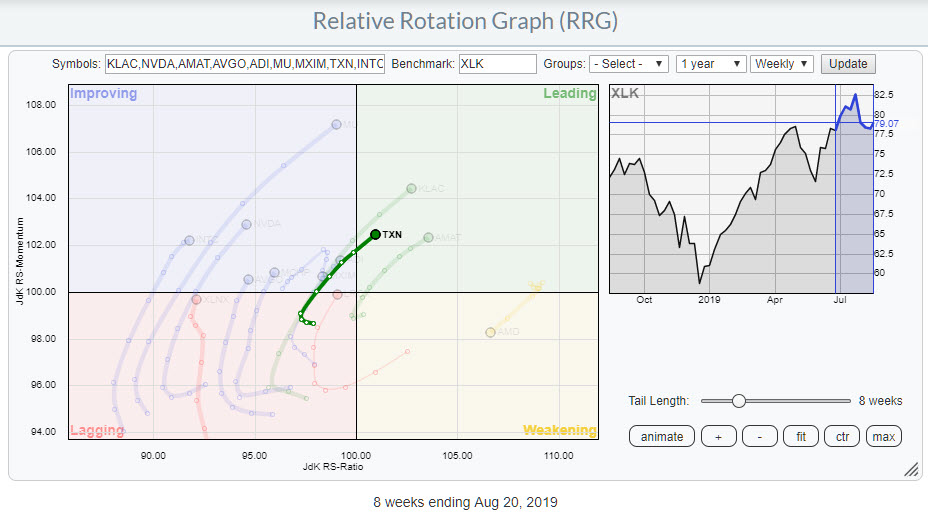 Yesterday, I wrote about the Technology sector in my RRG Charts blog, where I discussed how the semiconductor stocks as a group showed relative strength against XLK. For this DITC article, I want to work off that subset of stocks in the technology space.

The Relative Rotation Graph above shows all semiconductor stocks in the Technology sector against the benchmark XLK. I have highlighted Texas Instruments (TXN) for further investigation.

The main reasons why I picked TXN over any of the others were: 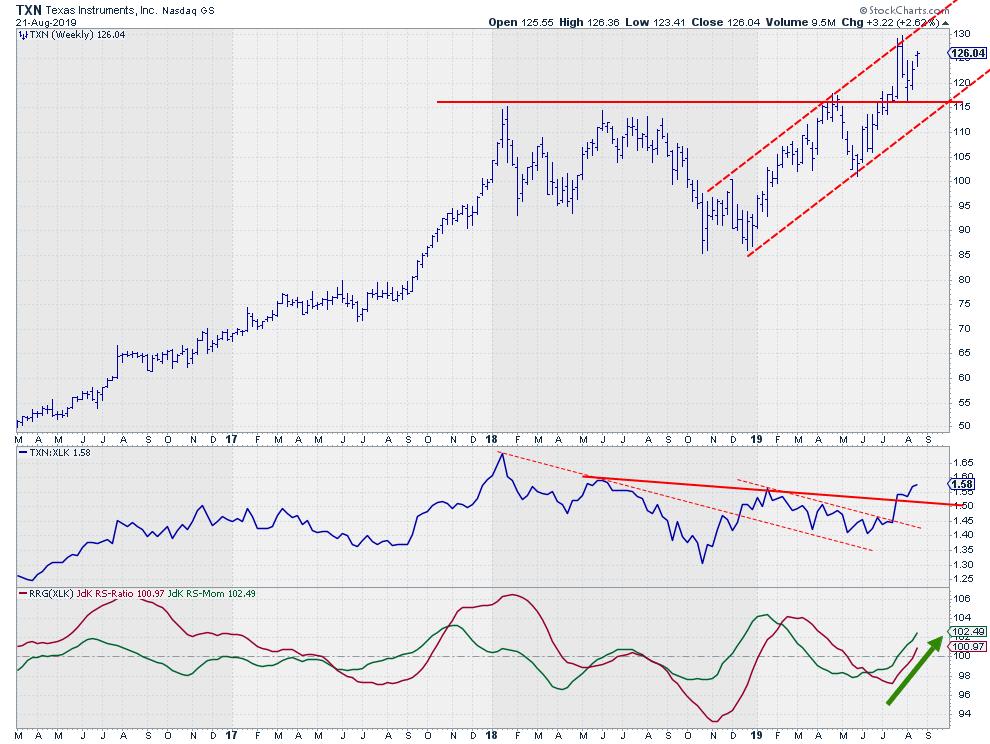 At the start of July, TXN broke above that important 18-month-old horizontal resistance level. In the first week of August, this level became even more meaningful when it was tested as support on the pullback. TXN remains inside the rising channel and seems to be on its way toward breaking above its recent high.

In relative strength, resistance is not as defined as in price, but we can see a few trend lines being broken, all in an upward direction. I have added a few trend lines that I think are important, but some of these are clearly more reliable than others. Lines with only two touchpoints remain very debatable. Nevertheless, the general direction for RS is to move higher.

In the RRG-Lines, the recent improvement for TXN is picked up first by RS-Momentum crossing above 100 first, followed shortly thereafter by RS-Ratio.

If you appreciate Technology, you will like Semiconductors - and you probably love TXN!