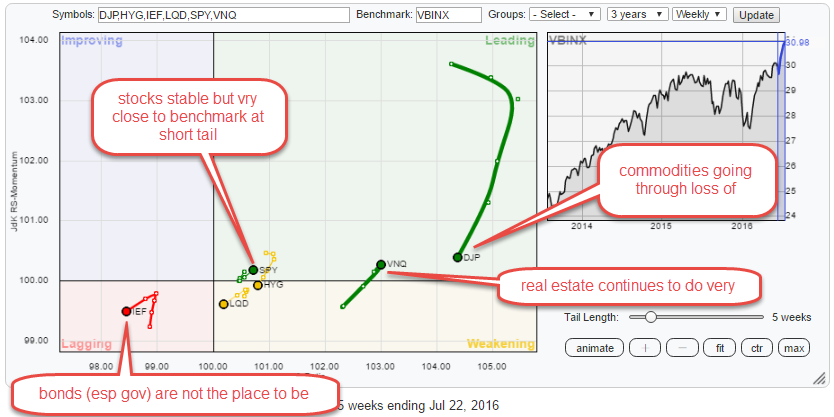 Real Estate shines, Stocks are still good, US stocks are even better.

The Relative Rotation Graph below shows the rotation for various asset classes (through ETFs) against the Vanguard Balanced Index fund (VBINX) on a weekly basis. The picture is pretty conclusive for some asset classes but less so for others... Read More 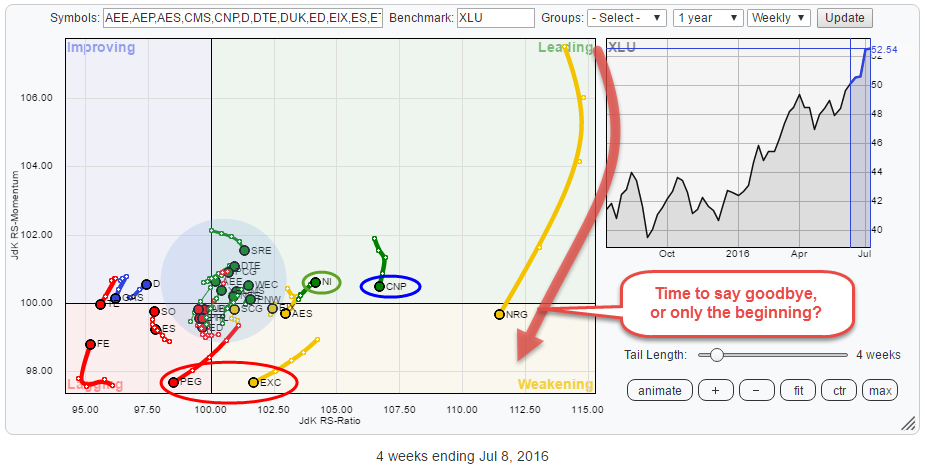 On the Relative Rotation Graph of the S&P economic sectors (GICS I), Utilities is one of the leading sectors as measured by the JdK RS-Ratio... Read More 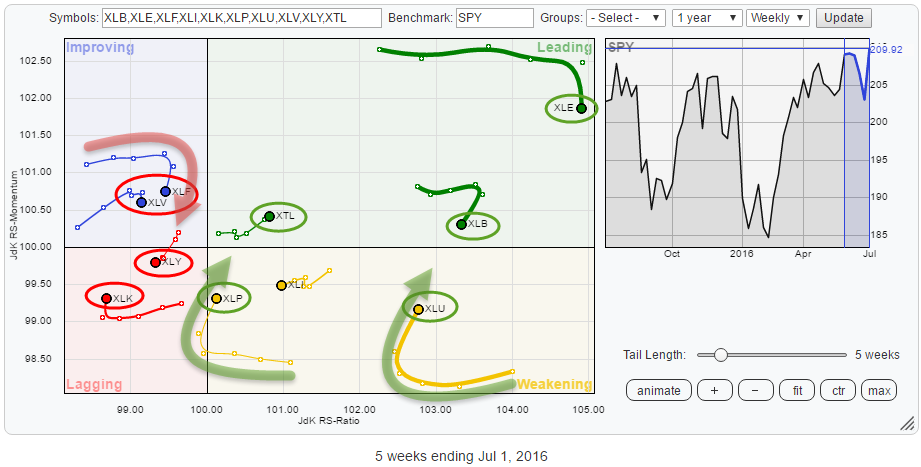 Staples and Utilities in the lead, what does that tell you?

Over the past few weeks markets, in general, experienced a lot of volatility and a lot of comments have are focussing on the general state and direction of the broader market indices around the world... Read More