Apparently we're back in the "feel good" portion of the trade war as President Trump announced on Thursday that there would be a tariff delay, providing a "gesture of good will". Accordingly, global markets have rallied and that rally included U.S. stocks. Despite final hour selling, the NASDAQ, S&P 500 and Dow Jones ended the session with gains of +0.30%, +0.29%, and +0.17%, respectively. The small cap Russell 2000 paused, losing less than 1 point after rallying strongly this week.

Despite a lot of negativity, especially in terms of relative strength, the long-term weekly chart on the Russell 2000 remains quite bullish: 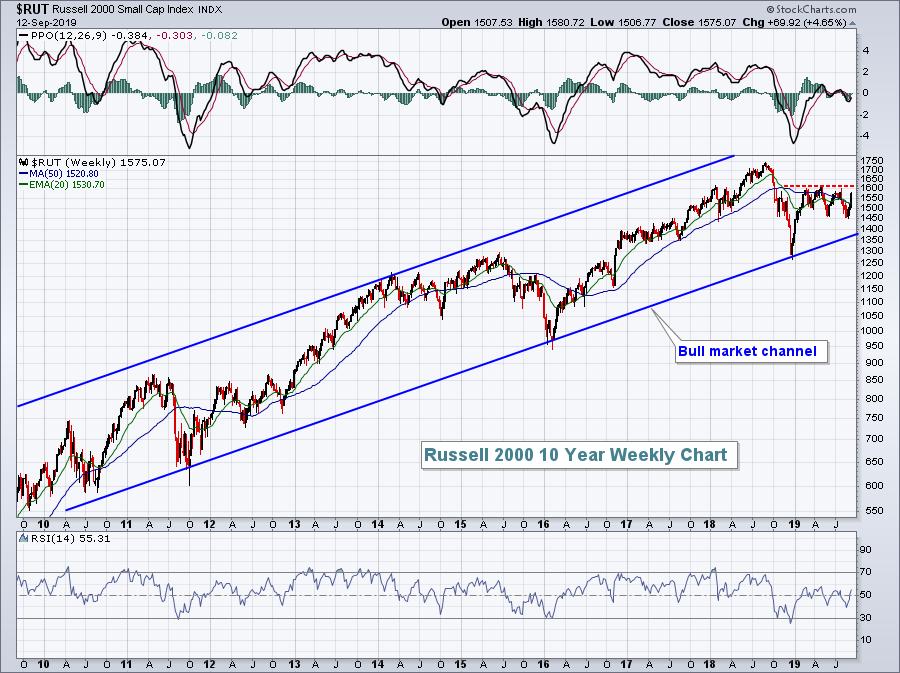 Those big drops in the Russell 2000 in 2011, 2016, and 2018 mark major bottoms allow us to connect a very important bull market trendline. We get caught up in the day-to-day underperformance of small caps and sometimes lose sight of the bigger picture. Hopefully, this gives everyone a different perspective.

Materials (XLB, +0.78%) led the rally on Thursday as all sectors are looking to participate in what could be another record all-time high in U.S. equities later today.

U.S. equities are set to follow global equity prices higher. After solid action in Asia overnight and further strength in Europe this morning, Dow Jones futures are higher by more than 100 points this morning and moving closer to an all-time high.

The 10 year treasury yield ($TNX) is flat this morning and currently resides at 1.79%, the same level as its 50 day SMA. The TNX last closed above its 50 day SMA in early March.

Momentum has clearly turned bullish as we approach all-time highs. The S&P 500's daily PPO is accelerating rapidly to the upside as we now have a clear area of support to watch on any short-term pullbacks: 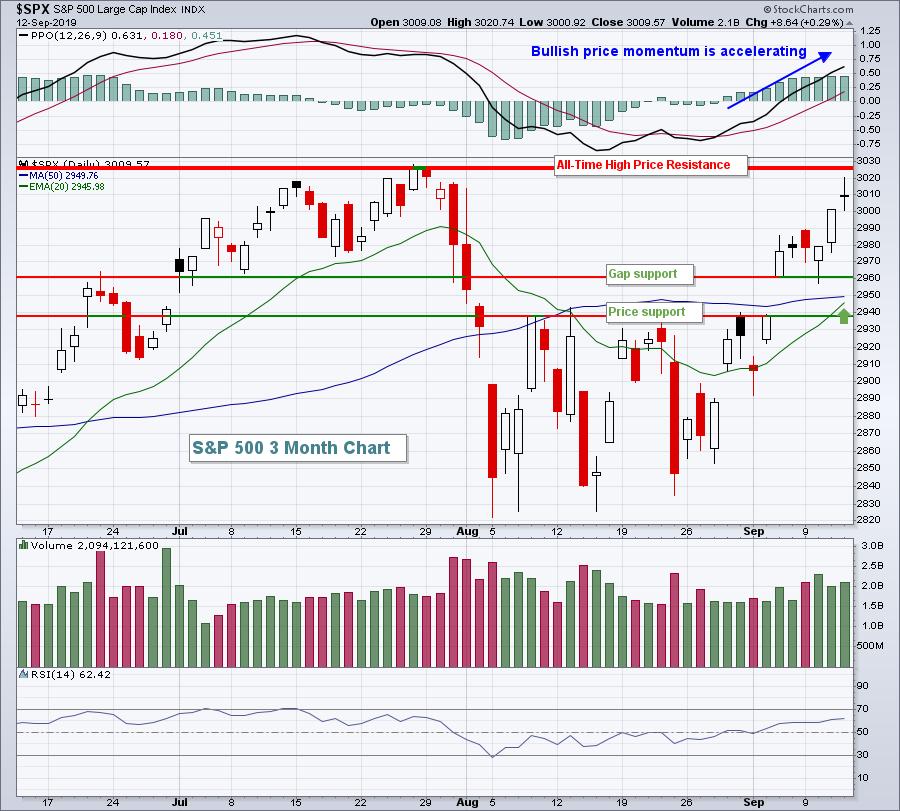 I would look for 2940-2960 to provide excellent short-term support during any bouts of selling. Also, the green arrow marks the rising 20 day EMA, which provides great support during periods of rising prices.

Specialized consumer services ($DJUSCS) is part of the consumer discretionary sector. While many stocks struggled in August, the DJUSCS actually pushed to new highs, but as our major indices rise in September, the DJUSCS is hesitating and consolidating. What gives? 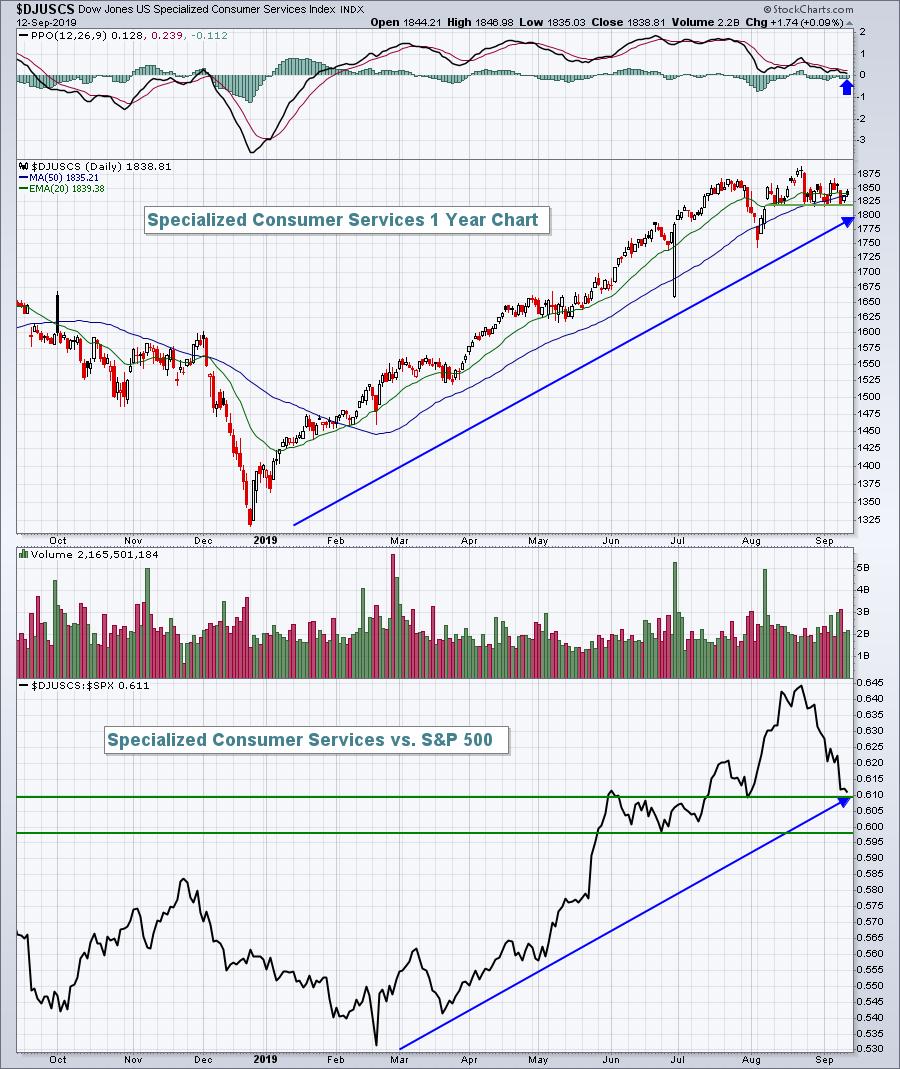 If 1815-1820 price support is lost, the DJUSCS could fall to test its early August low near 1750. However, if support continues to hold, I'd look to see if the DJUSCS can break to new highs AND also see if the relative strength line begins to turn higher again.

September consumer sentiment to be released at 10:00am EST: 91.0 (estimate)