That's a great question and one that will be much easier to answer in 3 months. :-)

U.S. stocks have been through a lot over the past 21 months. Since topping in 2018, we've seen tremendous volatility, but there have been a few constants. For instance, through all the ups and downs that we've seen, technology (XLK) has continued to perform well and that's a positive for the stock market's bull market sustainability and mentality. Here's a relative chart of technology throughout the bull market: 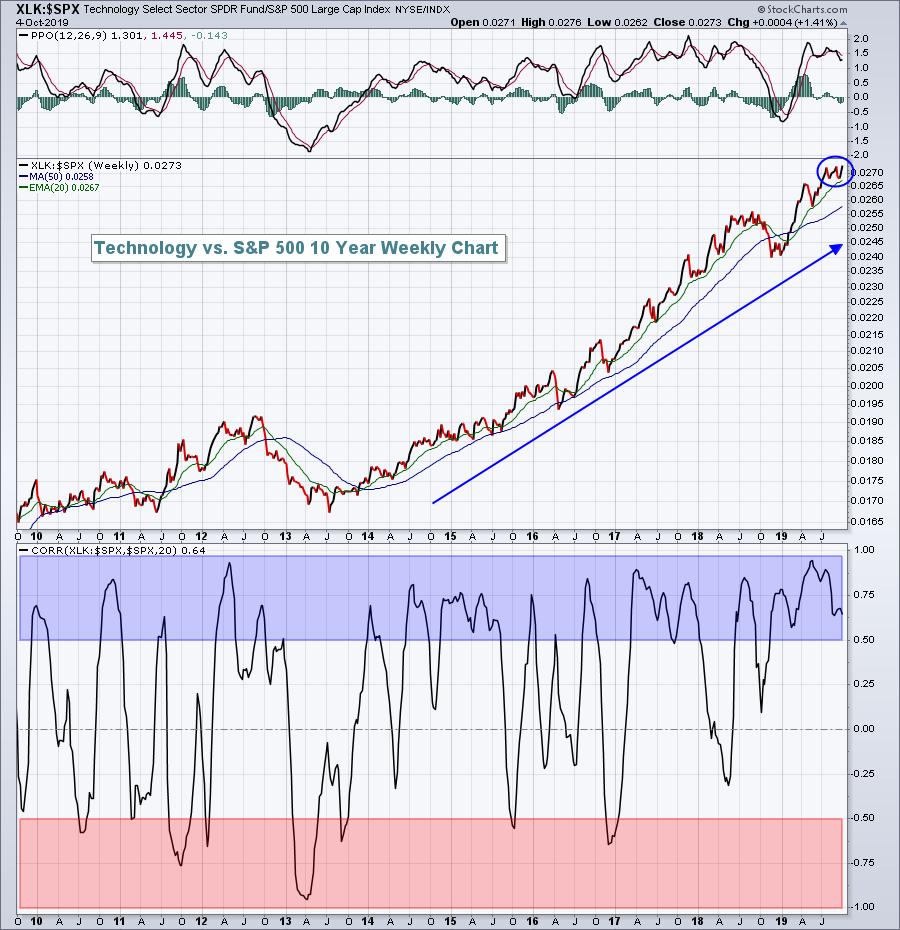 Technology broke out on a relative basis to a new all-time high yesterday and that bodes well for further equity gains ahead. The blue and red shaded areas show the positive and negative correlation, respectively, to the benchmark S&P 500. In other words, when correlation is in the blue-shaded area, the XLK:$SPX ratio and the absolute value of the S&P 500 both move in the same direction. The opposite is true when the correlation moves into the red-shaded area. While we certainly don't have perfect positive correlation, I would say there's more than just a tendency for U.S. stocks to move higher when technology is leading. Therefore, I'd conclude that the relative breakout in the XLK on Friday likely suggests higher prices for equities in Q4.

Next, consumer stocks remain strong, both the aggressive consumer discretionary (XLY) and the more defensive consumer staples (XLP) sectors. That's extremely important when we consider that two-thirds of GDP is comprised of consumer spending. Most analysts attributed recent GDP growth to the strong consumer and it was factual. Because the stock market is always looking ahead, strong current performance in these two consumer groups, especially the more aggressive consumer discretionary group, is an excellent signal for a further rise in stock prices. Here's how the XLY and XLP are currently stacking up: 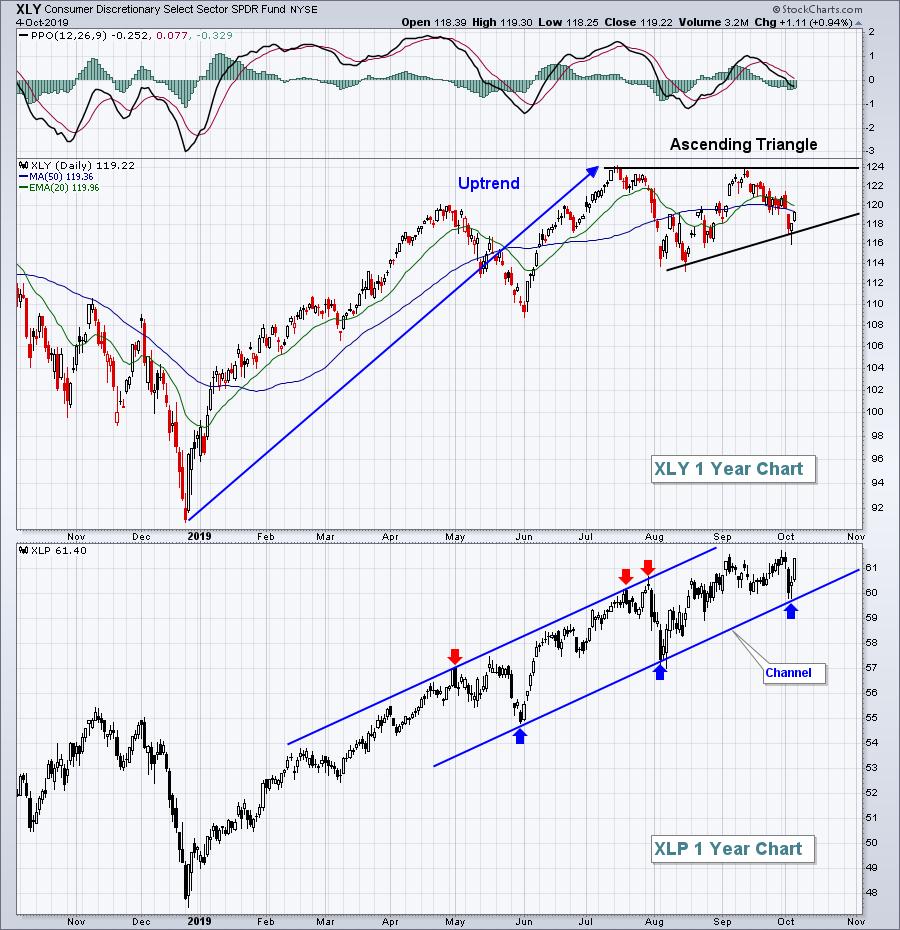 Both the XLY and XLP are looking quite bullish with the XLY in a bullish ascending triangle continuation pattern, while the XLP remains in its 2019 up channel.

The strength in these 3 sectors definitely point to an economy in Q4 and into 2020 that will be strong and potentially strengthening.

There are other very important signals that will tell us when U.S. equities are set to explode and I'll be discussing those with EarningsBeats.com members on Monday, October 7th at 4:30pm during our Q4 Market Outlook webinar. You won't want to miss this one as I'll be providing my "big picture" view of Q4 and beyond. Understand when it's time to get more aggressive and when it's time for caution. I'll give you a few pointers in that regard on Monday. For more information on this webinar and membership, CLICK HERE.

I hope to see you on Monday!