If you're trying to think of the best performing semiconductor stock ($DJUSSC), you're heading in the right direction. The DJUSSC has been outstanding throughout much of 2019, gaining nearly 50%, rising from 2888 to 4234 at yesterday's close. Semiconductor stocks actually take up the top 3 positions as follows:

For those that placed bets on semiconductors in 2019, congrats!

AMD began showing relative strength at the end of 2018 and it simply strengthened throughout 2019, printing higher relative highs and higher relative lows. Perhaps the most serious technical issue for AMD surfaced in early October as it tested previous price lows, but they held and AMD was off to the races! 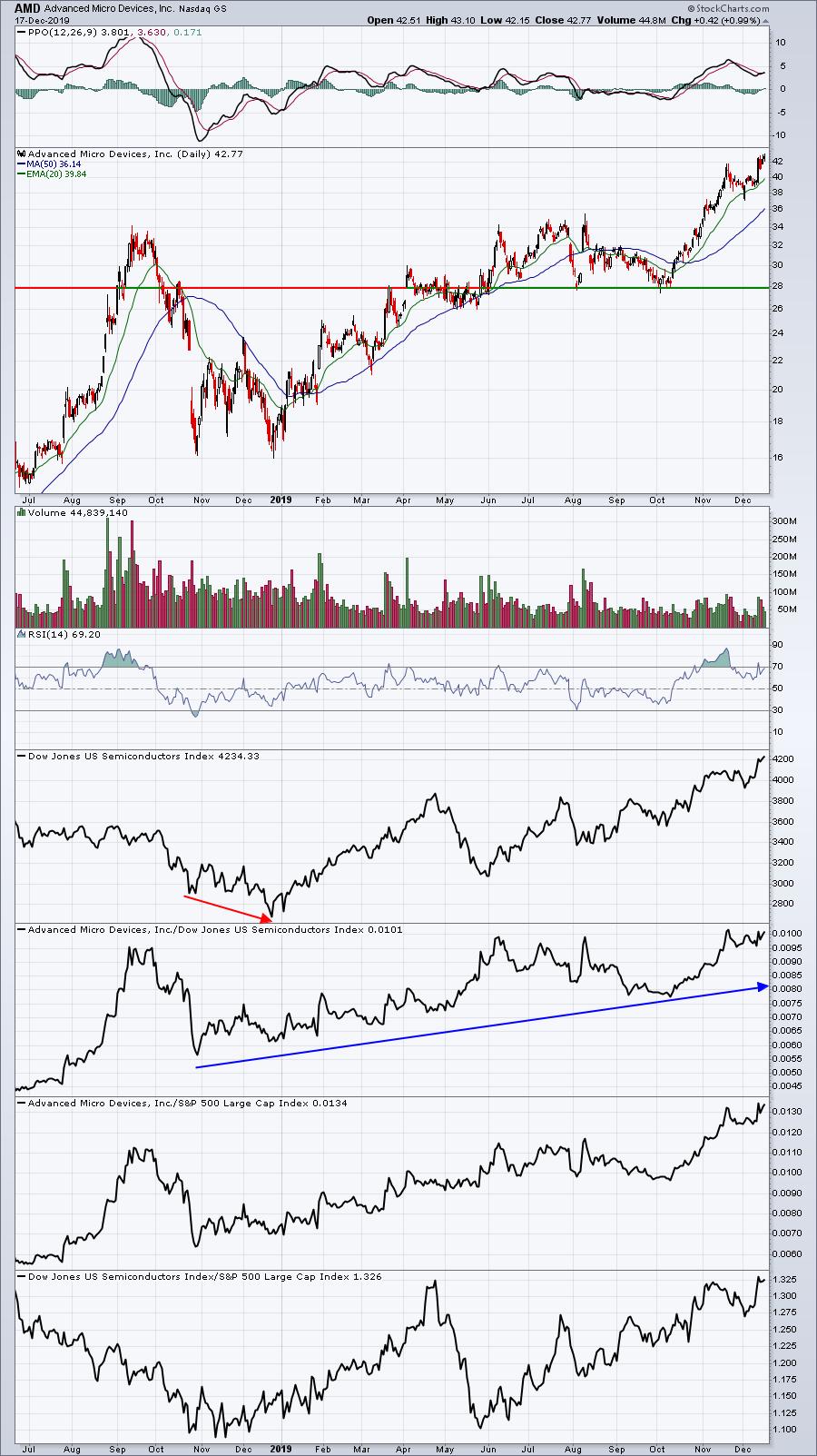 It's been a great year for AMD and for the semiconductors, but now's the time to begin looking for the next AMD for 2020. As part of that effort, I am going to attempt to cover all of the NASDAQ 100 stocks during Trading Places LIVE, which begins this morning at 9:00am EST. If you'd like to join me, click on the room link below:

If you're unable to make this morning's webinar, the recording will be uploaded to our YouTube channel later today, so be sure to check back in.