If the Dow fell 900 points in two days, would that get our attention? This article will explain the linkage for North American investors and why I say it so succinctly.

The continued case for watching price action rather than Monetary Policy has resumed in Europe and Japan. Recently, one of the institutional money managers on television chimed in that Europe and Japan were the best places to invest because of the stimulative backdrop from their Central Banks. While those words of wisdom sound eloquent, let's look at the facts according to the market response to policy actions. Europe is making 4-week lows trapped under the 40 WMA but that is another story. I'll focus this on Japan for today. Please see my blogs (links provided below) and webinars for more regular updates on these global macro issues.

The Japanese Nikkei ($NIKK) stock market appears to be breaking down. From before and after the NIRP - Negative Interest Rate Policy - the Japanese investors are breaking their conviction that this works out. 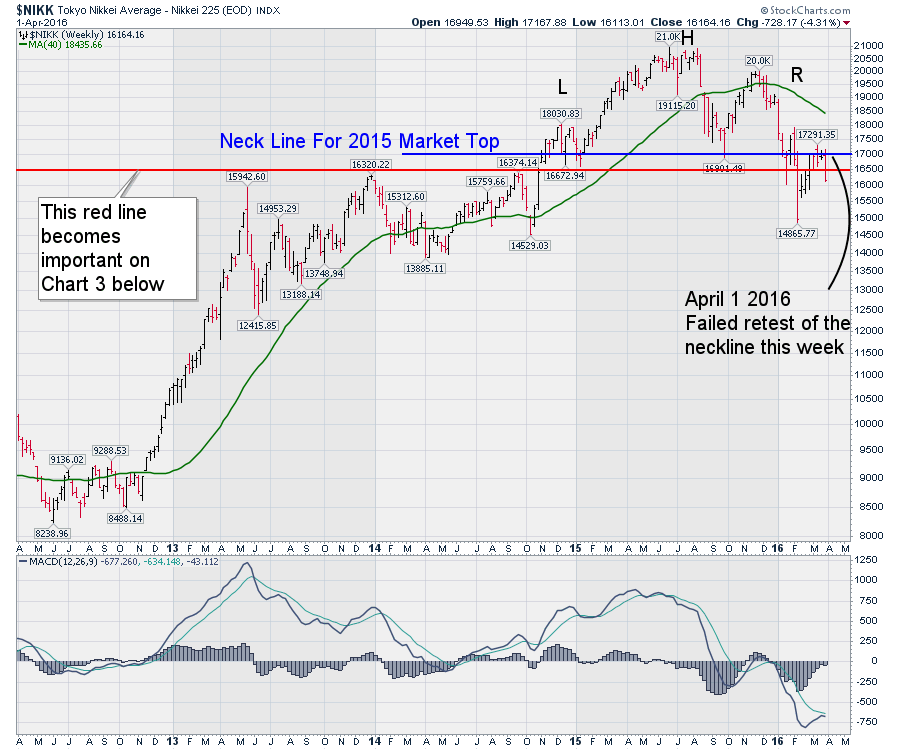 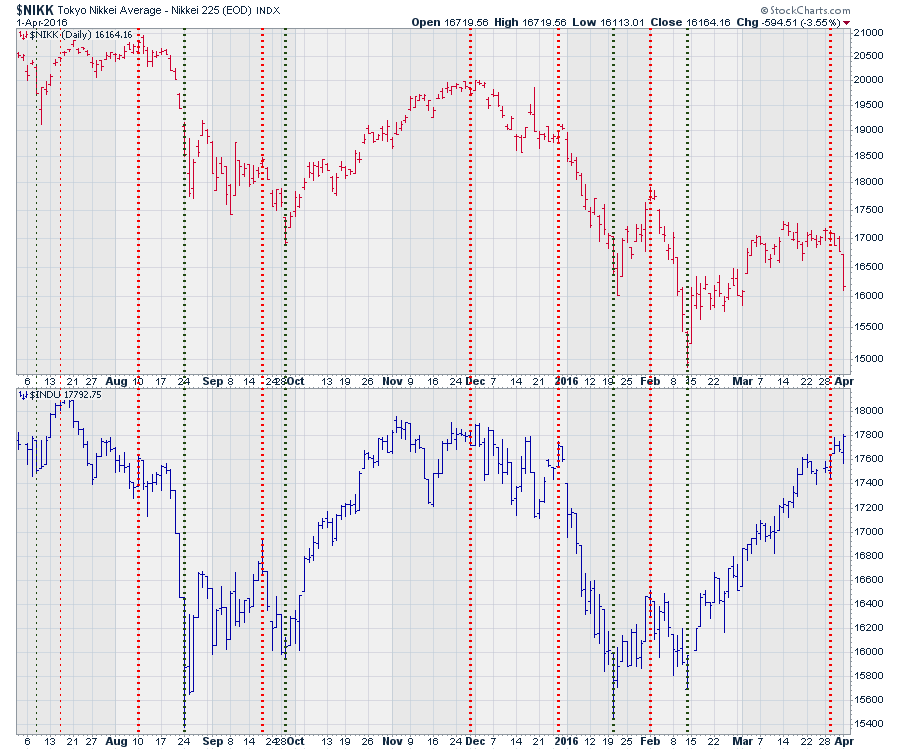 Technically, where Japan is breaking down on the weekly charts and failing at the neckline is cause for serious concern. I have highlighted the RSI Bull and Bear markets. Currently, the RSI indicators point to a bear market. The MACD is in negative territory which is also confirming the bear market. But the red line in the chart can only be cause for concern. The Japanese economy has been deflating for 25 years and investors there sell quickly and ask questions later. Looking at this red horizontal line around 16500 we can see that the Japanese investors have aggressively sold stock after going below and above this level. If this support level fails to support their market, this definitely looks like the stage is set for an aggressive bear market. Moving through it with a 900 point plunge in two days suggests the selling is beginning in earnest. I think we can trade Japan on the short side against this level. 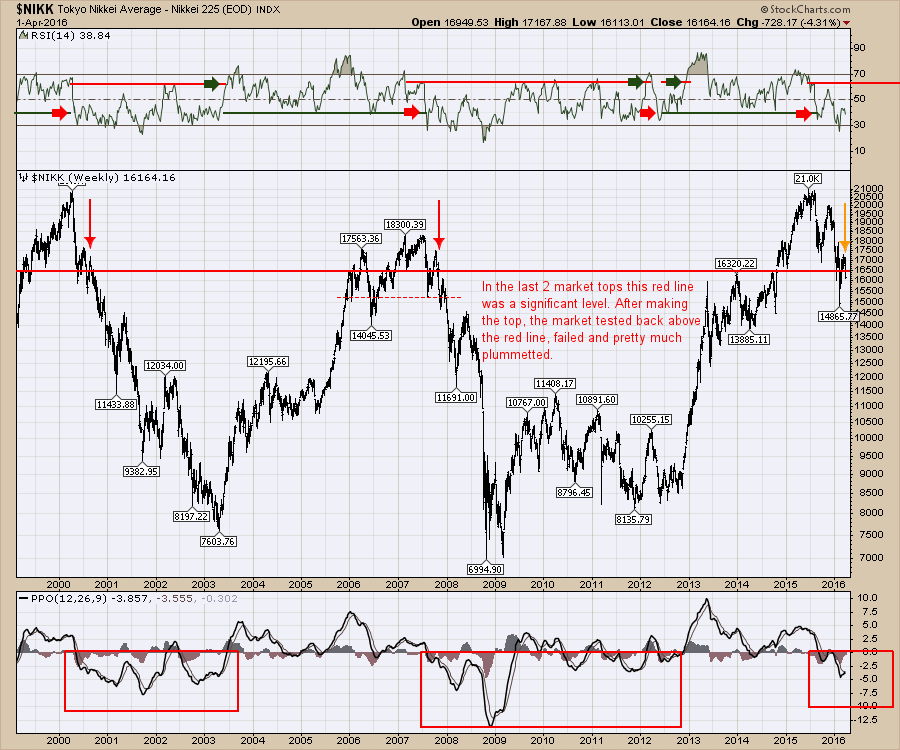 There is no denying the US market is in better shape than other world markets. However, based on the similar dates shown in Chart 2 and similarities of global bear markets, this $NIKK breakdown looks ominous in the world's third-largest economy. Japan also ranks first for Debt-to-GDP which is not an honourable trait and could be one of the reasons this is starting to plummet. Back to the title of the article. Is the world pricing in the failure of Abenomics? It looks to me like the Japanese are.

Just when you thought things were about to stabilize, we get some very bearish price action internationally that could start another round of selling in America. You'll be reminded of 'Jim Cramer' saying how he hates to wake up early and check on the Asian markets to decide what is going to happen in America. The Dow does not have to fall as fast as Japan, but we should all be aware of the precarious nature of the global scene.

But the next question is: Will it send the rest of the world tumbling? I will do an around-the-world tour and spend some time on Tuesday, during my Canadian Technician Webinar. When the talking heads on television start to recommend global markets, you'll be up to speed on the price action and a global context. You can register (for free) by following this link. The Canadian Technician 20160405.