Much has been made of the 10-year yield dropping below the 3-month yield. In this week's case, it was particularly acute. The equity market (stocks) plummeted as the yields fell hard. US banks dropped significantly. When the scale of interest rates loses its normal "sort order" of longer term (10-year or 30-year) rates having higher yields than shorter term (3-month or 1-year) rates, this is referred to as an inverted yield curve. While it does not make a top by itself, it is important. Follow me through why this looks the same as 2000 and 2007 to me.

In summary, it looks like a top and it feels like a top. The settings are all the same.

Graphs are a wonderful thing. They visualize change quickly for us. However, portfolio managers all over the world are quickly diminishing the seriousness of this inversion, as it generally takes months for a recession to occur after an inversion. The stock market will not wait for a recession to start before pricing one in.

I think the chart below presents a compelling case as to why we should pay attention. It is not just that one rate crossing another can be a clue; it would appear that the complete collapse of the spreads between rates can also provide a hint. In 2000, 2006 and 2007, the rates compressed meaningfully.

So while it's easy to move to cash, what if waiting a year is a better idea? I wanted to look a little closer at those two periods specifically to see if we can learn anything with respect to marking the top of the equity market timing. The chart below shows 20 years of bond yields. (StockCharts members can click on these charts and save them to their own chartlists!) 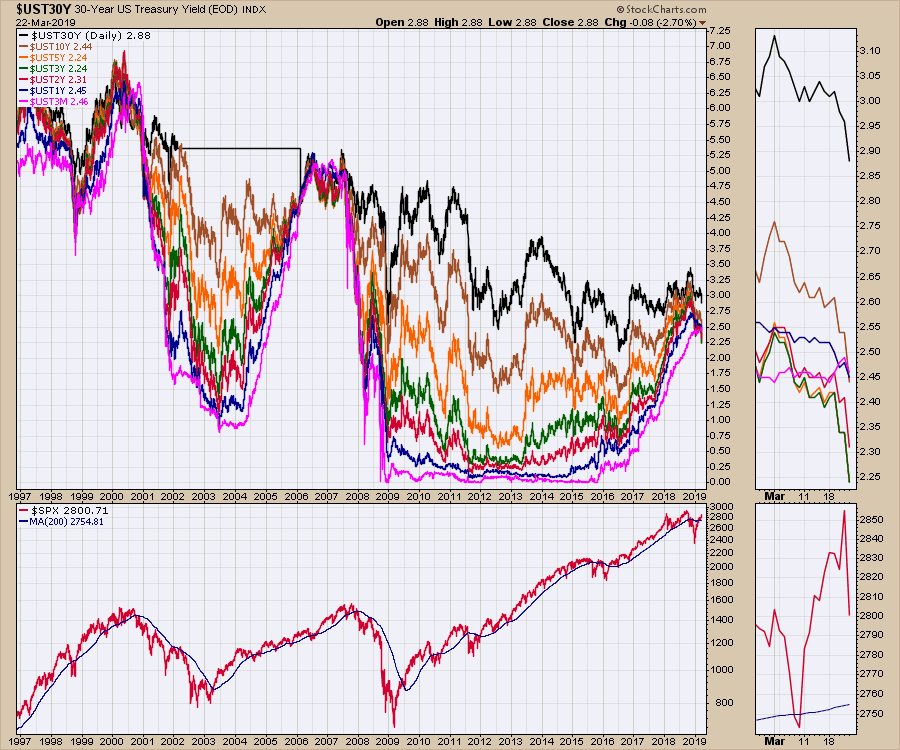 The 10-year (brown) crossed below the 3-month (pink) in July 2000 following a touch in April. I noticed that the 10-year made new 52-week lows on this chart in the September, which I have marked on the chart. The $SPX made a final high, with the 10-year breaking to 52-week lows, while the actual market top was in March. The final high is a high up in the area of the absolute top, but it is not necessarily the highest high. For me, it's that final exit which, in hindsight, you'll wish you'd have exited at. 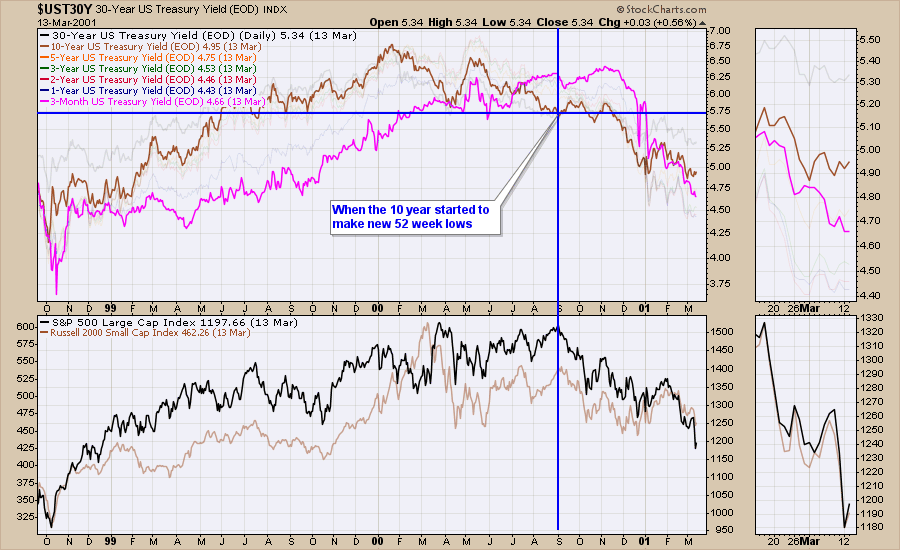 Here is the closeup of the $SPX in 2000. Notice that the September top coincided with the 10-year, making new 52-week lows above. The price was also challenging an area of prior highs, with the high actually in March. 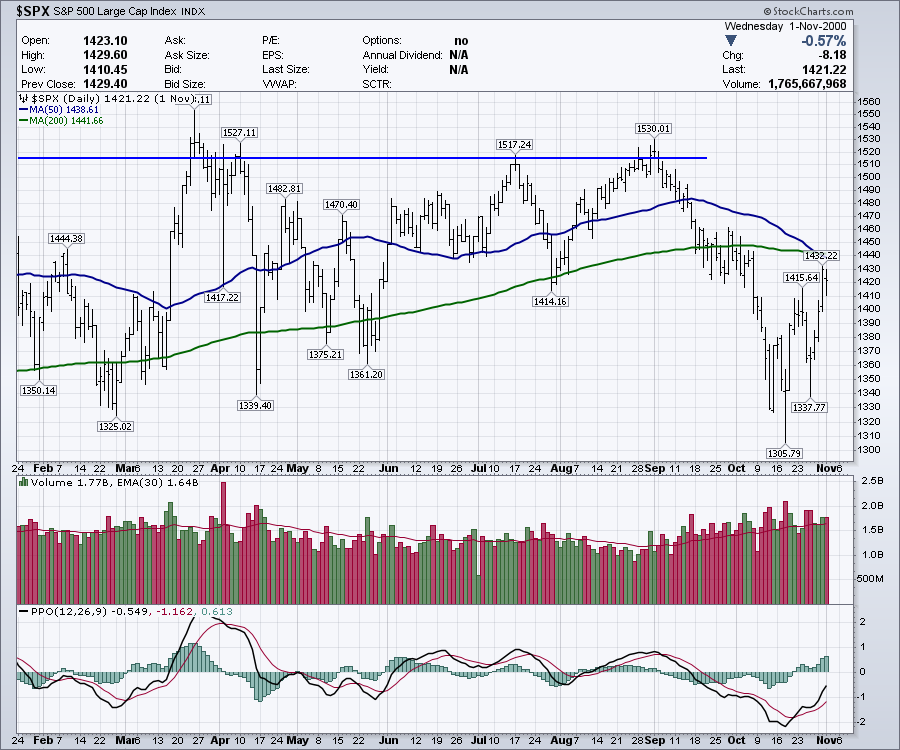 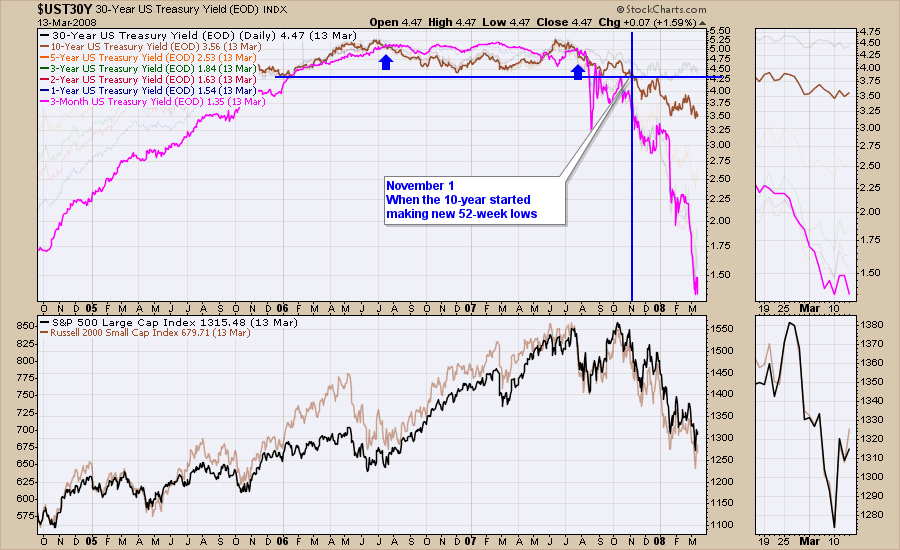 Zooming in on the stock market, here is a close up of 2007. The November 1 top occurred with a sharp rally, which ended as the ten-year broke to new 52-week lows. It was also as price was coming back up to a contentious level. 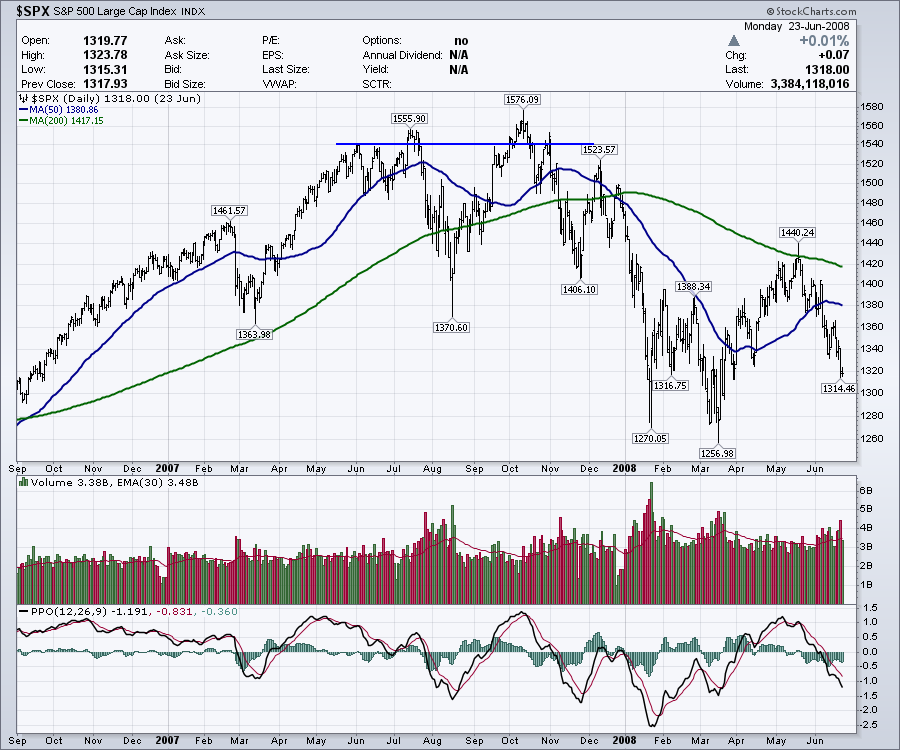 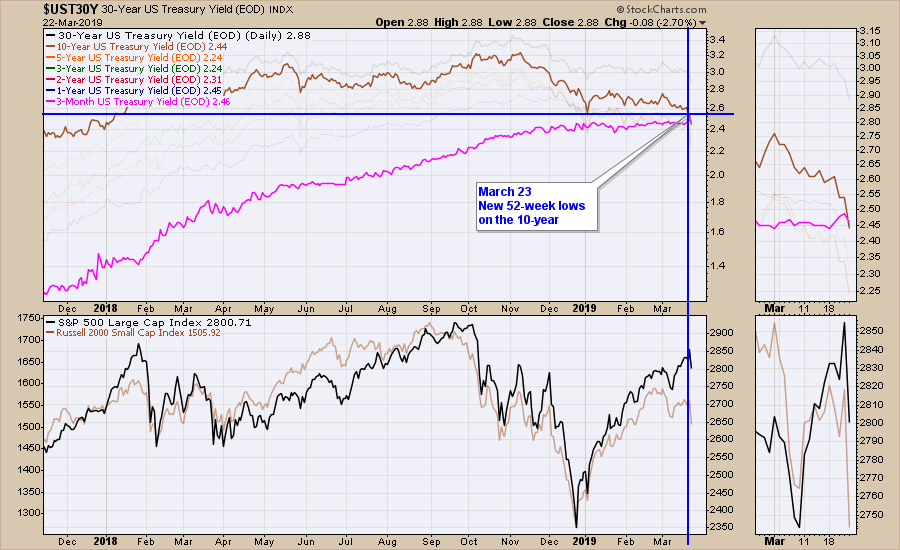 Let's take a close-up look at the $SPX. Notice that the 10-year closed at a new 52-week low while the market was rallying into another contentious level. 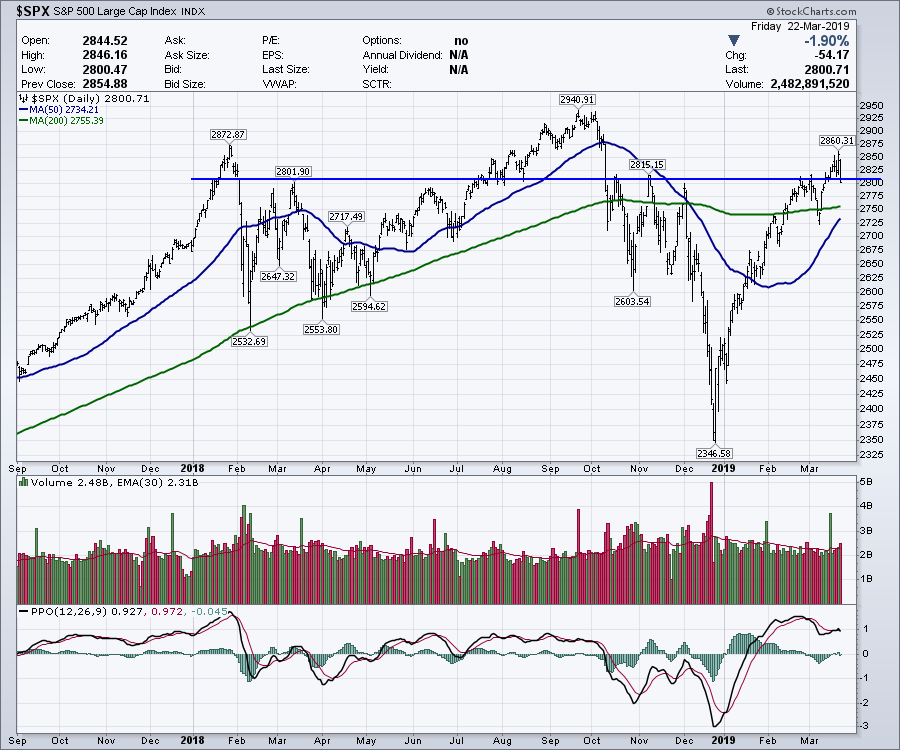 In summary, it looks like a top and it feels like a top. The settings are all the same. And it's not just any top; this type of topping marked significant drawdowns over the next few years and the two previous examples each wiped out 50% of the account values.

Sometimes, the conditions feel quite similar,  and in this case we have all the makings of a top across the asset classes. Plummeting bank stocks, plummeting yields, global slowdowns, and weak commodities. Should it follow through, it will be very important! Nothing is for sure, but the combination of compression on the entire yield scale, the 10-year crossing below the 3-month and the 10-year yields making new 52-week lows is pretty compelling. It's only happened twice before in this century. Friday marked the third time. While it's admittedly a small sample size, it is worthy of your attention!!! 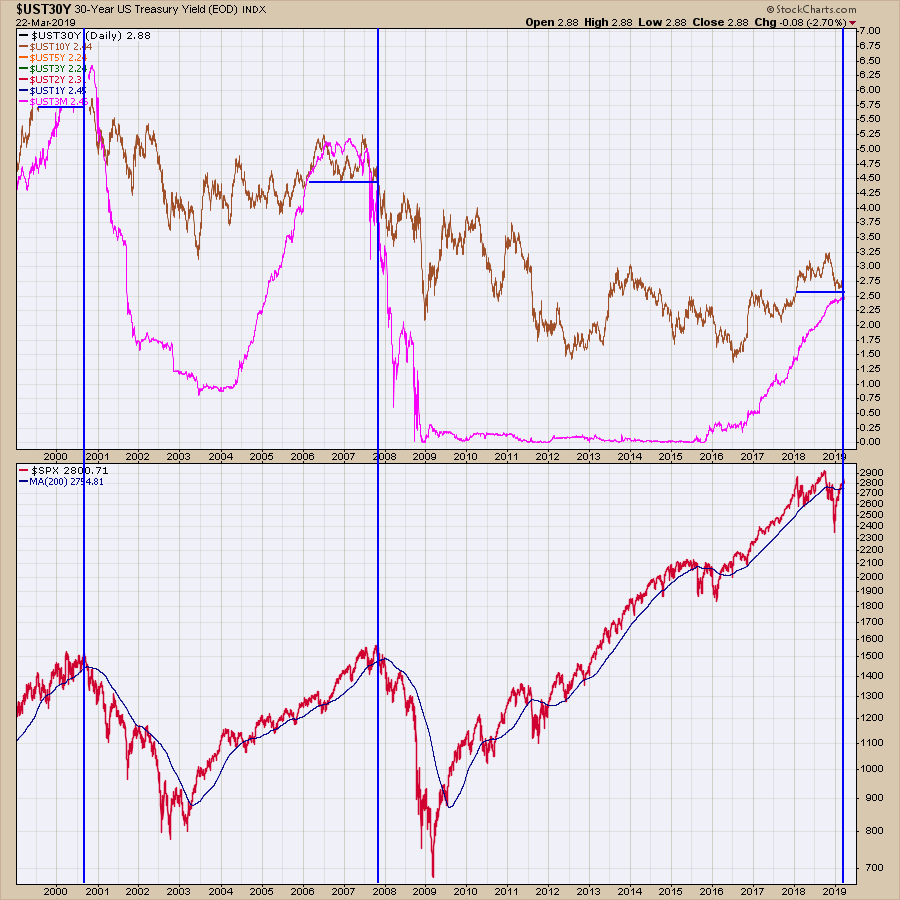 For a lot more information as to why Friday was so concerning, see this article and video: Has A Big Bear Market Rally Just Finished?  2019-03-23 Weekly Market Roundup.

Want to read more from Greg? Be sure to follow his StockCharts blog:
----> The Canadian Technician <---