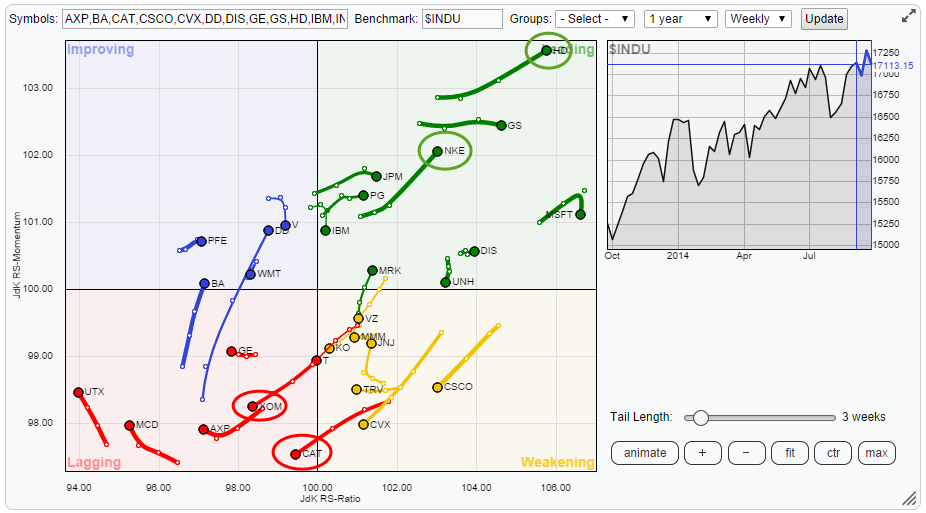 In previous posts I have been looking at asset classes, sectors, countries etc. In this post I am going to throw the 30 constituents of the Dow Jones Industrials index ($INDU) at a Relative Rotation Graph and also look for confirmation between weekly and daily time-frames... Read More 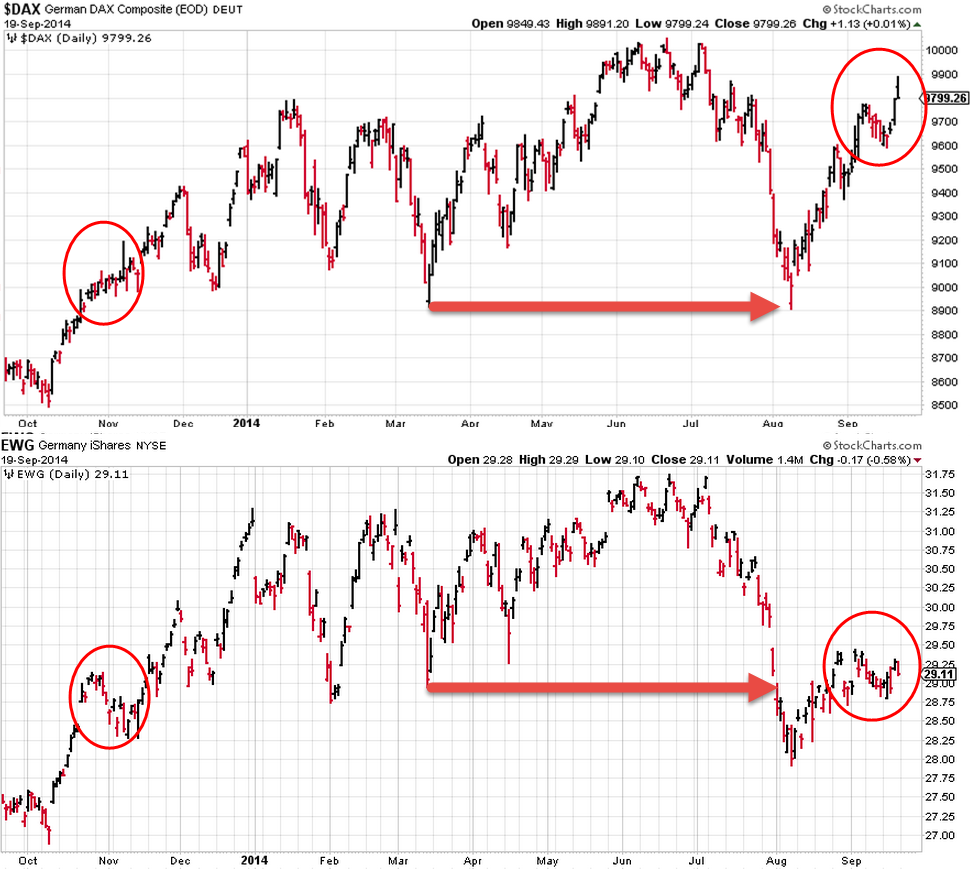 In a previous article we looked at using Relative Rotation Graphs for analyzing asset class rotation. One of the main caveats that was pointed out in that blog was to be very careful on what ticker symbols to use to construct the RRG with... Read More 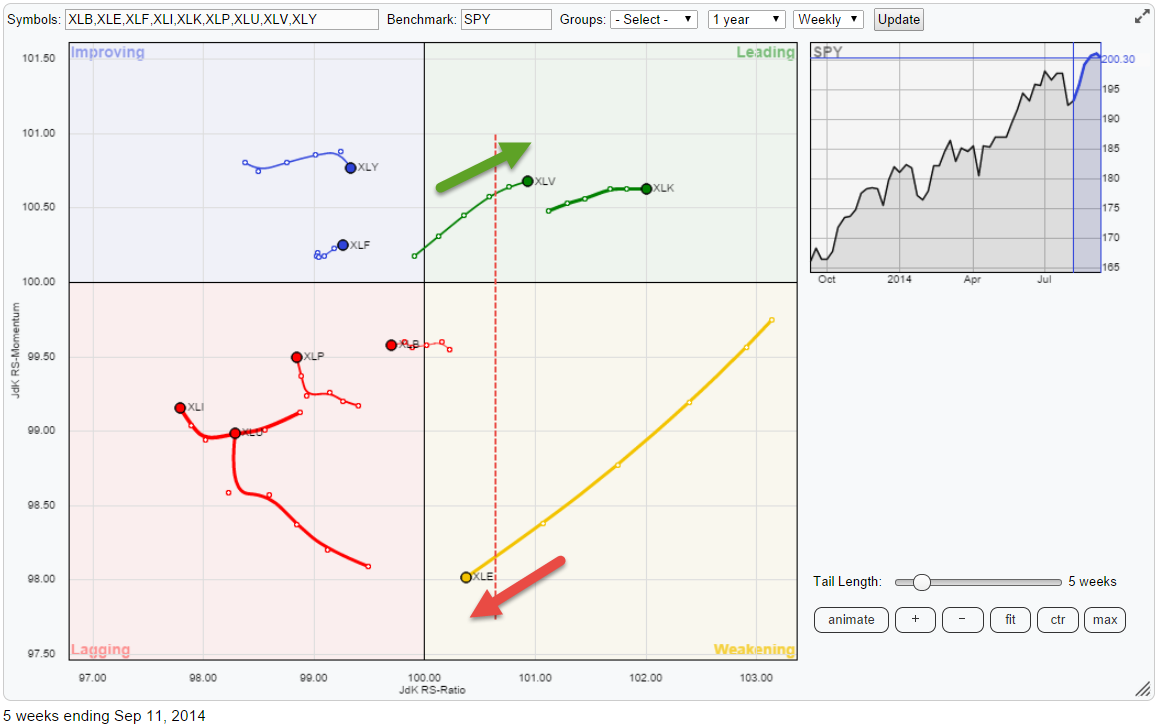 The Relative Rotation Graph of the nine sector ETFs against the S&P 500 (SPY) is showing some clear and distinct rotations at the moment... Read More

One of the comments on my last article (daily data now available for RRG charts) mentioned using RRG charts in relation to monitoring different asset classes, which just happened to be the subject of this article that I was already working on when the comment came in... Read More