First, thank you for all of your well wishes and comments sent to my Dad, Carl as he continues to recover from quadruple bypass surgery. He's making progress, it is just slow going, especially as far as he's concerned!

"Catching up on reading your articles and I noted a suspected contradiction in the titles of two recent articles. Really !!! There was a flip in the short-term indicator in two days. Weird !!!"

Here are the two charts in question (note they are not 'clickable' as I want you to see them as they were on the day I published): 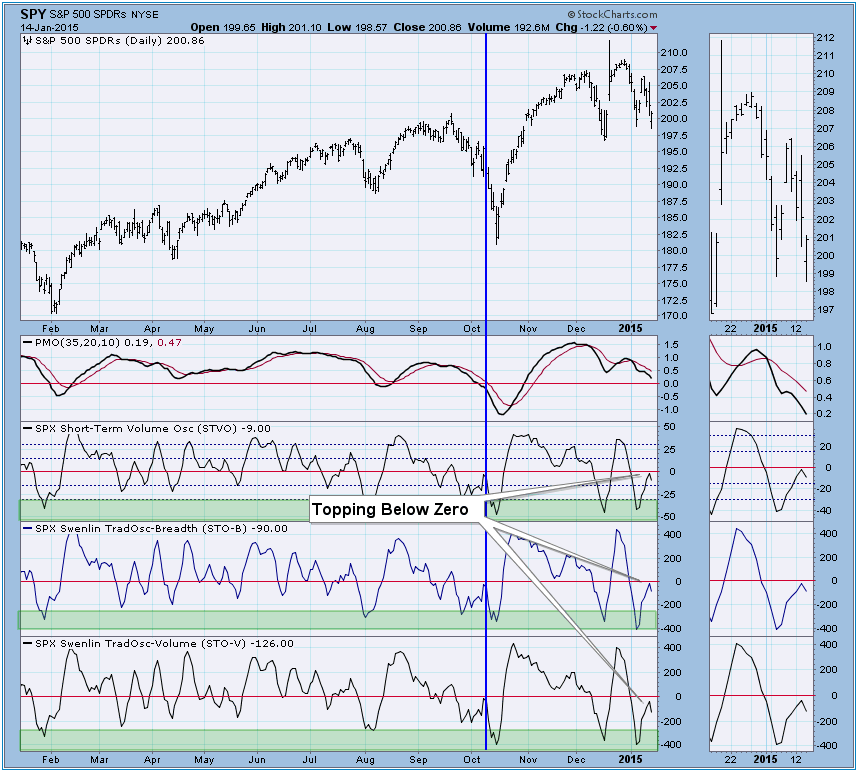 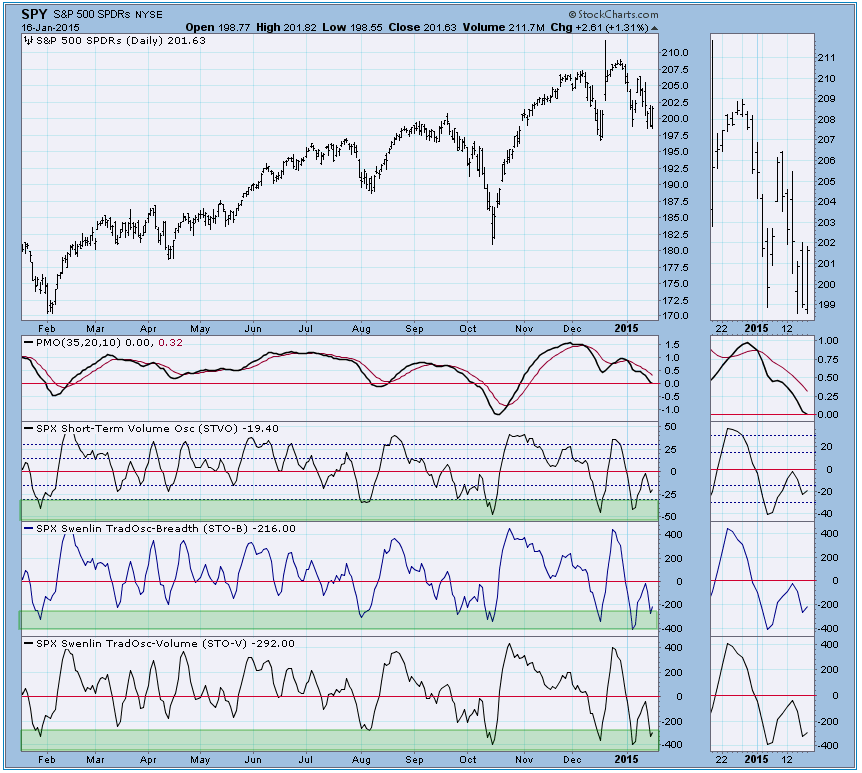 Here’s the problem…short-term indicators…are short term. They will flip often. I mentioned in the January 14th article that they were in an area where they were vulnerable to a ‘flip’ because they were oversold enough. I like to give readers immediate information as things change. I should’ve discussed the earlier article in the later one which I did neglect to do.

The current short-term chart shows that indicators are all moving higher as price moves higher and they do suggest that there is more upside in the short term. This chart is clickable. 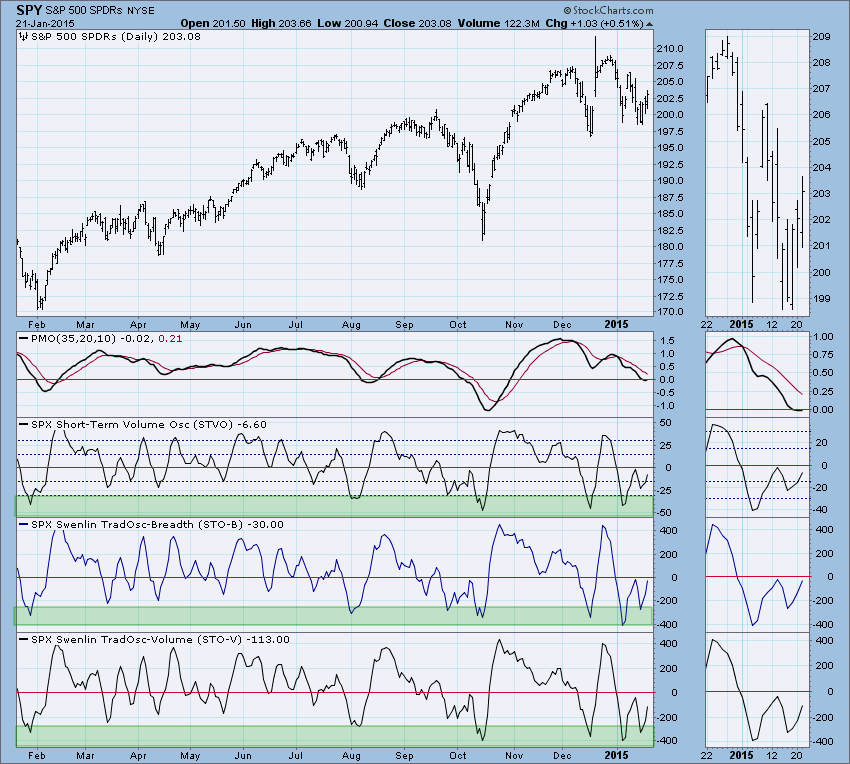 I hope that gives you some perspective on the rather difficult job of reviewing and writing about short-term indicators every day. My mission is to read them, notify you of changes and hopefully explain them well. If I fail to do this, feel free to send me your comments.