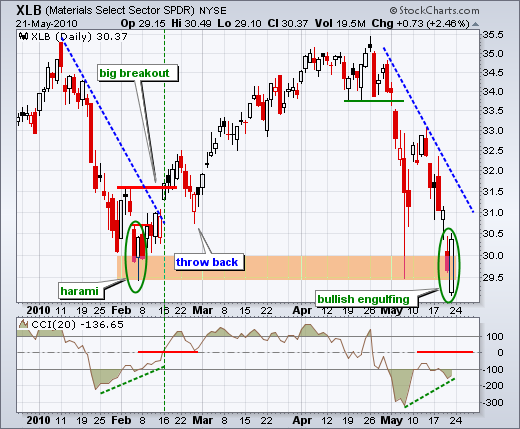 The Materials SPDR (XLB) was one of the hardest hit sector SPDRs over the last four weeks. After a 15+ percent decline, the ETF is testing support from the February low. A big bullish engulfing pattern formed on Friday as the ETF opened weak and closed strong... Read More

LEARNING FROM HISTORY, NAVIGATING THE PRESENT

The tremendous market volatility is stressing many traders. My approach to tense situations is to push back a bit, look at the big picture, and then return to shorter-term charts for making tactical decisions... Read More

Hello Fellow ChartWatchers! One of the more unexpected pieces of feedback that I've gotten as I have travelled around recently is that some people aren't reading our free Blog Articles because they associate blogs with rumor, innuendo, amateur writing, and lots of false informati... Read More 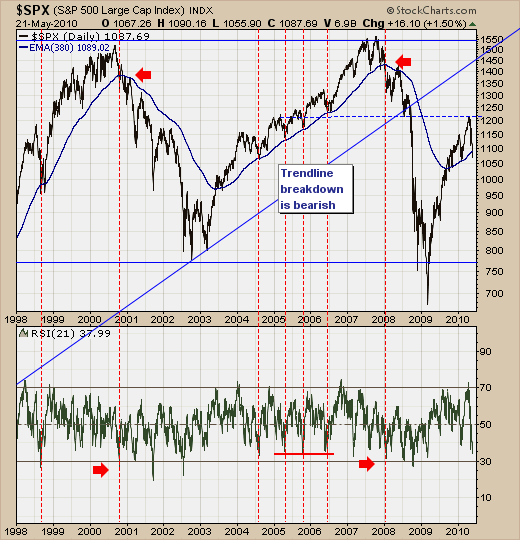 S&P 500 AT A CRITICAL JUNCTION

The S&P 500 decline over the past several weeks has reached a critical junction point in the decline at the 380-day exponential moving average support level... Read More 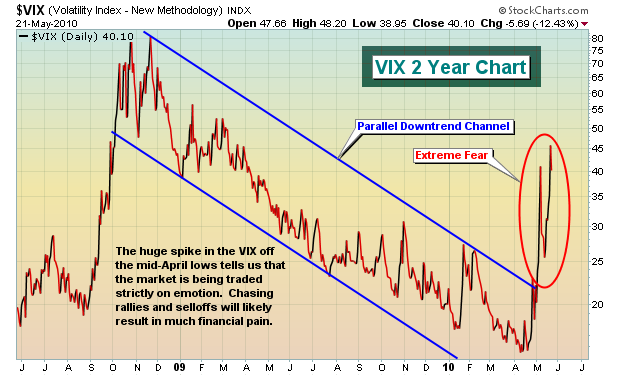 THE PITFALLS OF INCREASING VOLATILITY 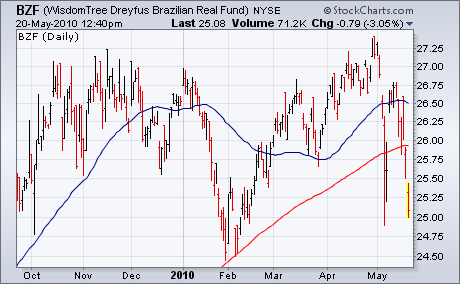 In early April, I expressed the view that the rally in the U.S. Dollar Index was coming mainly from weaker European currencies which meant that the dollar rally wasn't as widespread as it appeared... Read More 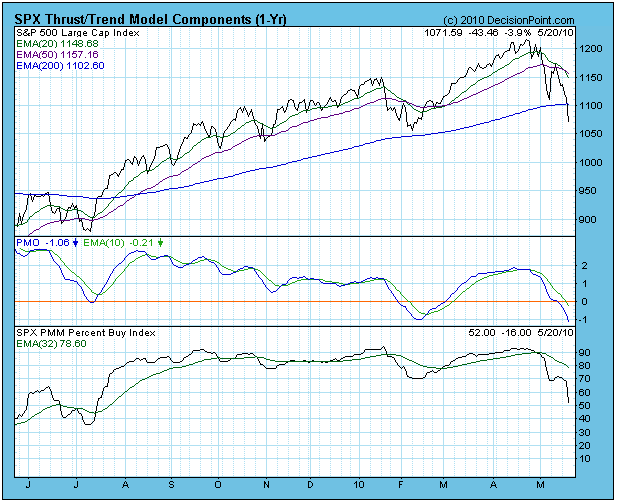 With the market in a dizzying decline, some of our subscribers are wondering why our market posture is only neutral... Read More 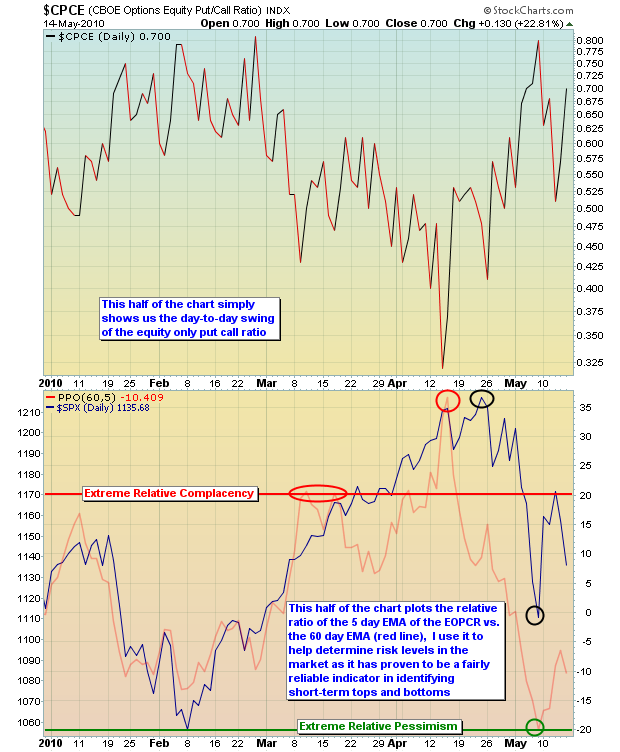 Global stock markets have been quite volatile of late and significant gap ups and gap downs are becoming the norm. While trading gaps may seem impossible at times, there is good news technically from the market selloff that resulted from the debt crisis in Europe... Read More 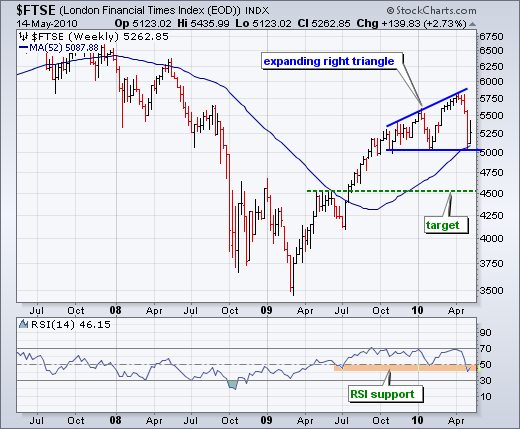 The London FTSE ($FTSE) has an expanding right triangle working over the last 7-8 months. These are akin to broadening formations, which are also bearish reversal patterns... Read More

Hello Fellow ChartWatchers! There is a TON of great stuff happening at StockCharts.com right now. First off, I want to make sure that everyone is aware that our SPRING SPECIAL is going on right now... Read More 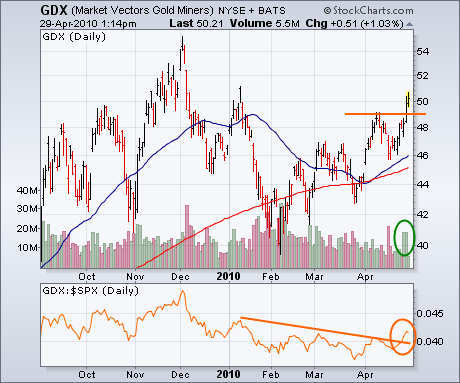 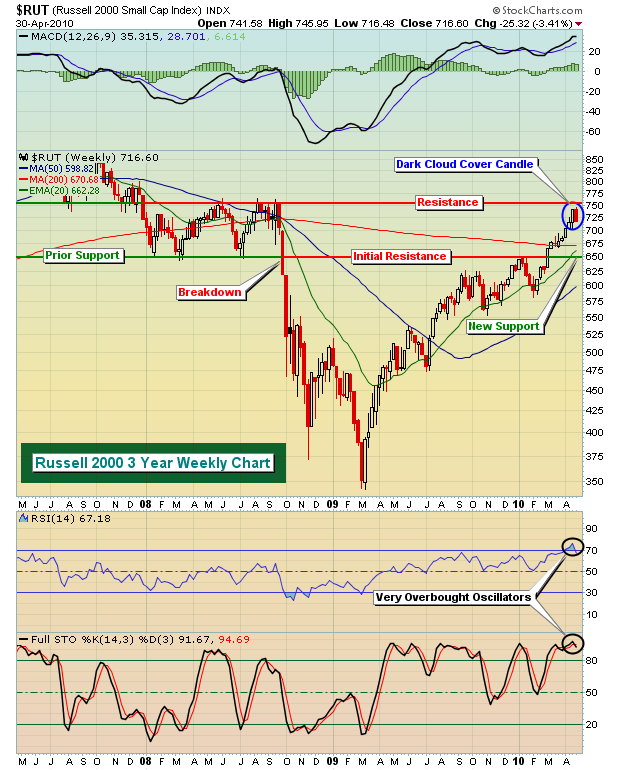 In my last article I suggested the financials were topping and that would make any further advance in the market difficult. Well this past week the action on the NASDAQ and Russell 2000, home of the high beta stocks, confirmed the bearish action... Read More 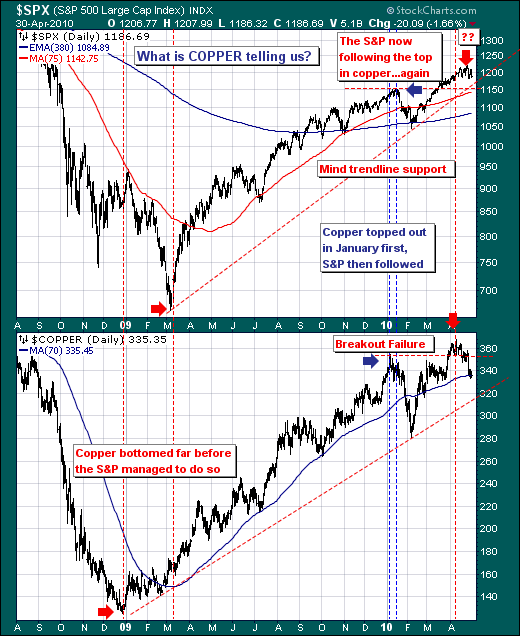 WHAT IS COPPER TELLING US?

We are rather interested in the manner Copper is trading at present, for Copper has shown itself in recent months to be a leading indicator of the path of the S&P 500... Read More 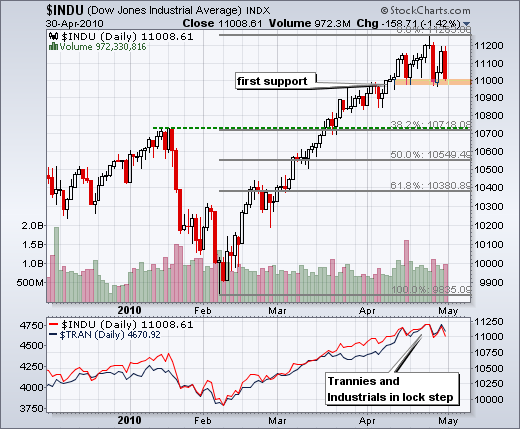 A SUPPORT TEST FOR THE DOW NEXT WEEK

With the third long red candlestick in three weeks, the Dow Industrials is once again testing support in the 11000 area. The senior average first exceeded 11000 on April 14th and then moved into a trading range... Read More 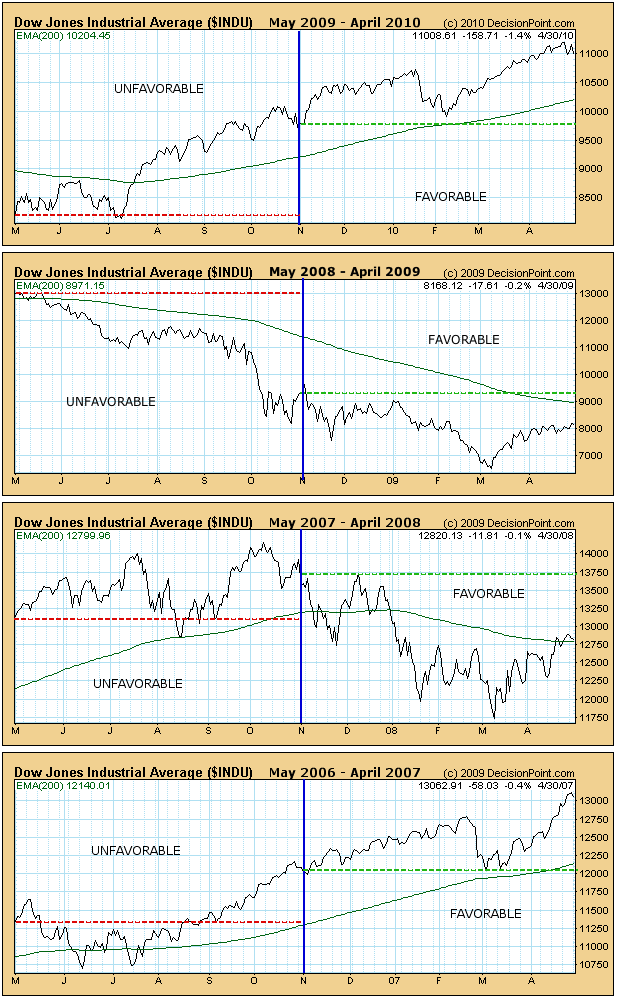