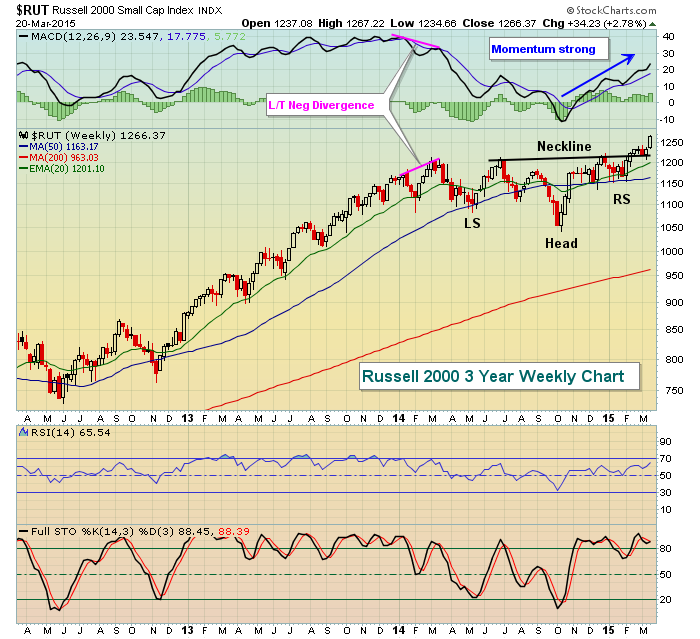 Both the Russell 2000 Index ($RUT) and S&P 600 Small Cap Index (SML) broke out to all-time highs last week as money continued to rotate towards aggressive small cap stocks and that should be seen as a bullish sign for equities... Read More 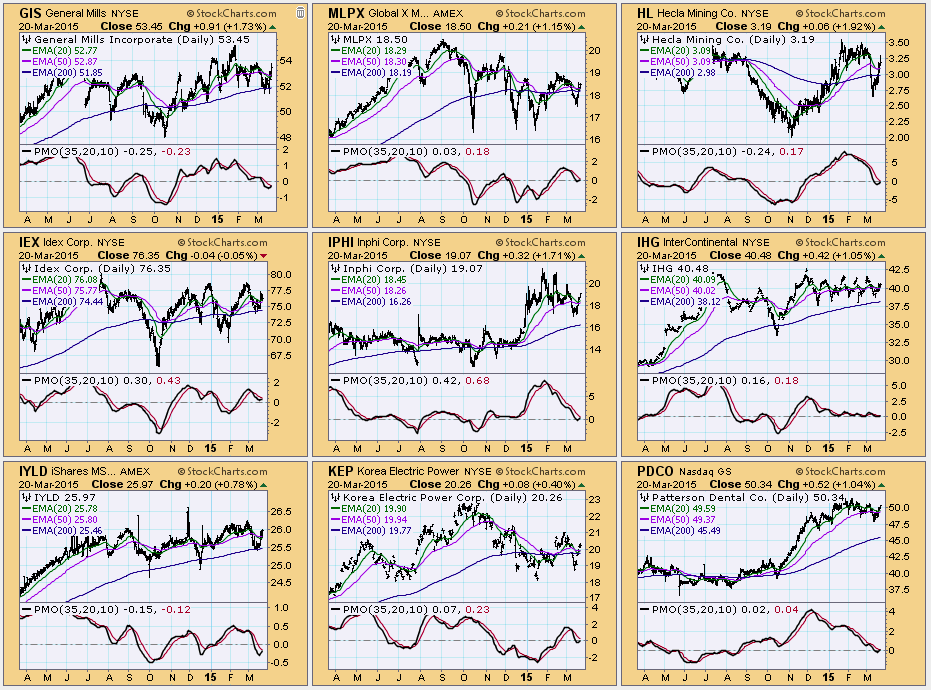 With the market bottoming and taking a positive turn, I decided it might be a good time to review the results of one of my favorite and nicely discriminating short-term scans... Read More 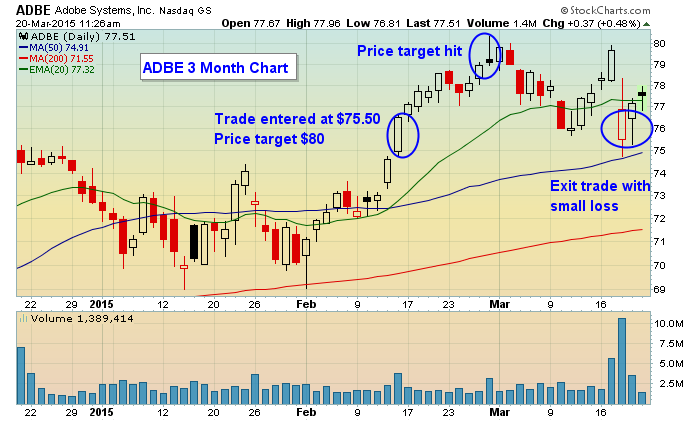 I made my ChartWatchers debut in the last issue and wanted to reiterate that my focus is on all things, "Beyond Technical Analysis"... Read More 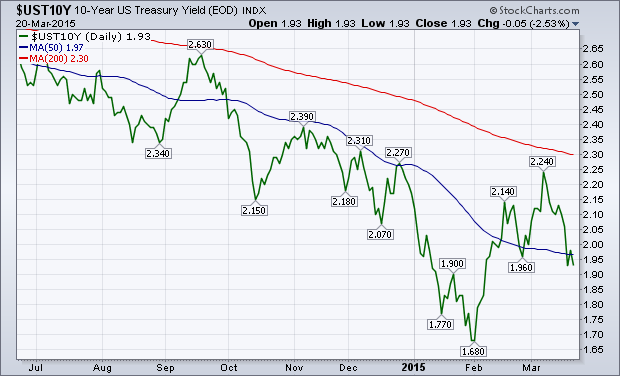 After a brief pause on Thursday, global markets resumed the bullish tone that started after the Fed's dovish statement on Wednesday. With the Fed scaling back on its plans to hike short-term rates later this year, markets acted accordingly... Read More 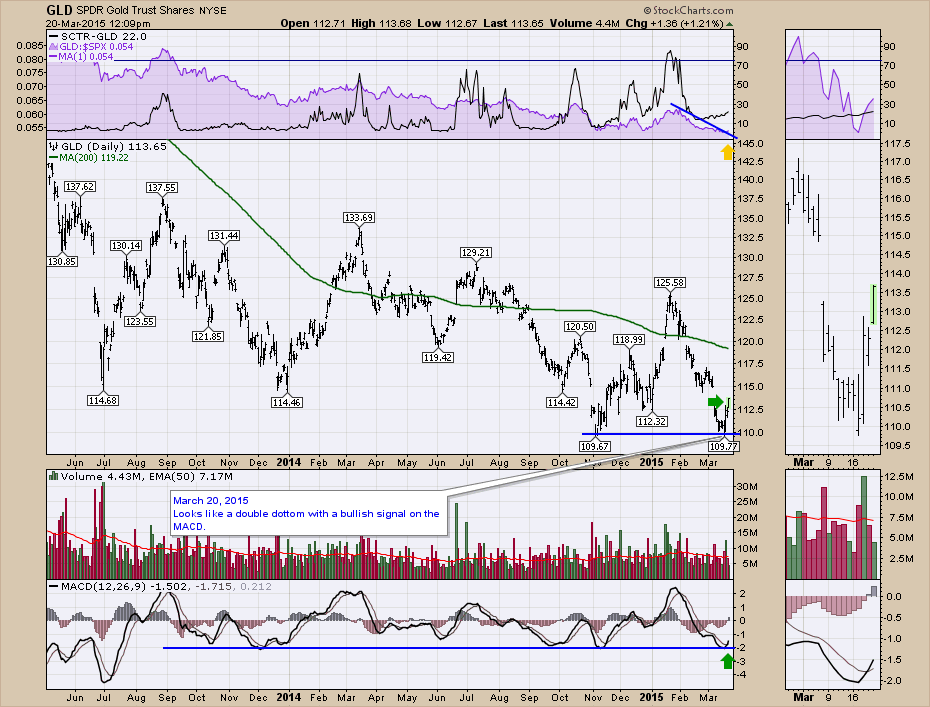 With a pull back in the US Dollar ($USD), both Gold and Silver started to move this week. We have been discussing it in the webinars, but these are meaningful moves that are just starting as the $USD takes a breather... Read More 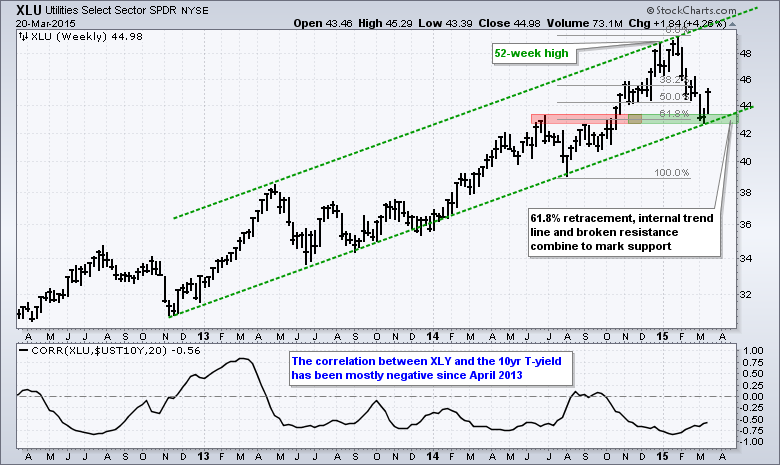 Utilities Get their Mojo Back

It was a big week for Treasury bonds, the 10-YR Treasury Yield and the Utilities SPDR. XLU fell sharply as yields surged in February, but rebounded this week as Treasury yields fell... Read More 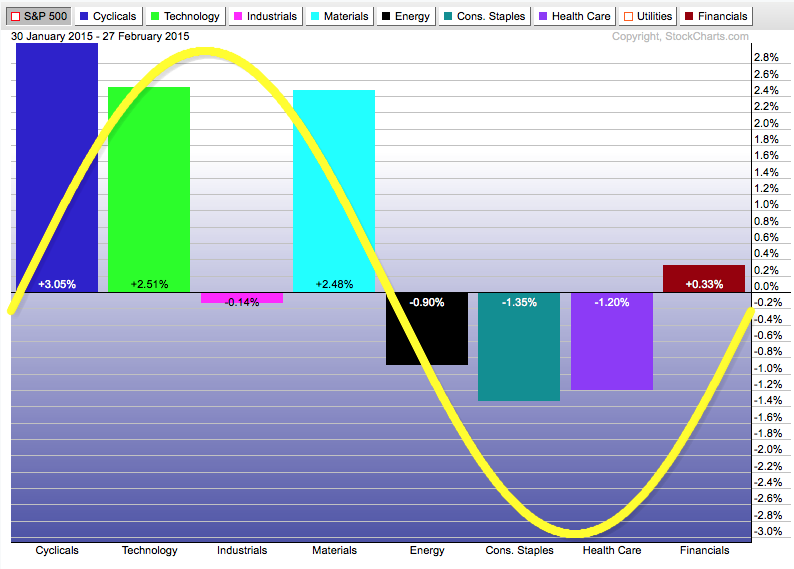 Hello Fellow ChartWatchers! The market gave back ground this week, especially on Friday as a good Jobs report led to fears that the Federal Reserve would raise interest rates soon... Read More 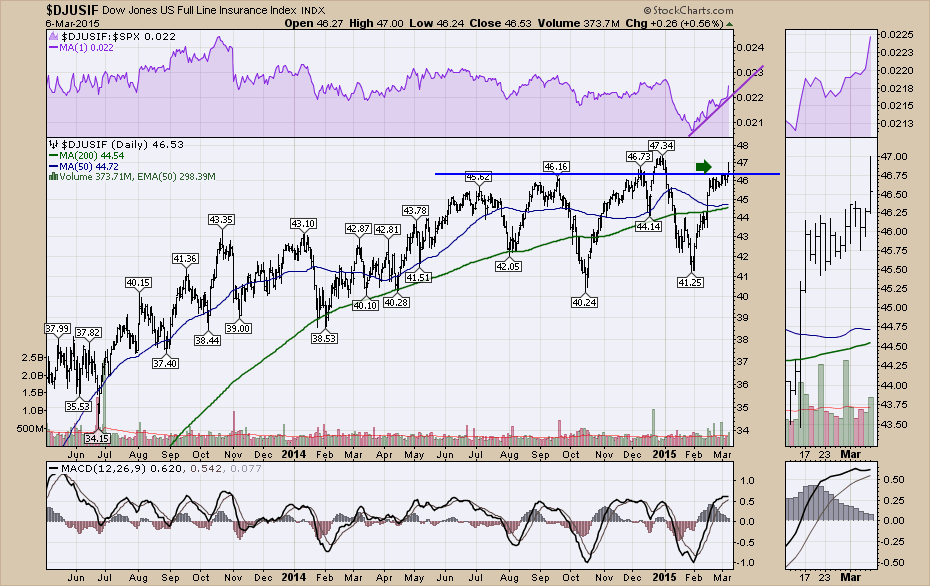 The Life and Full Line Insurance Groups Start To Perk Up

The Full Line Insurance Group Is one of the top 5 industry groups over the last month. With the market pulling back hard on Friday, this group turned up higher. The Full Line group continues to anticipate better times ahead if the interest rate changes... Read More 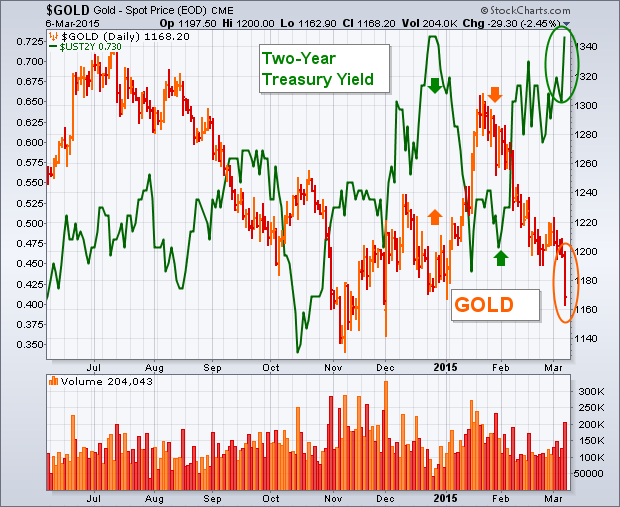 Gold got hit hard Friday on two fronts. One was the sharp jump in U.S. interest rates. The other was the surge in the U.S. Dollar to the highest level in eleven years. The chart below shows the price of gold tumbling $29 (-2.4%) on Friday to the lowest level for the year... Read More 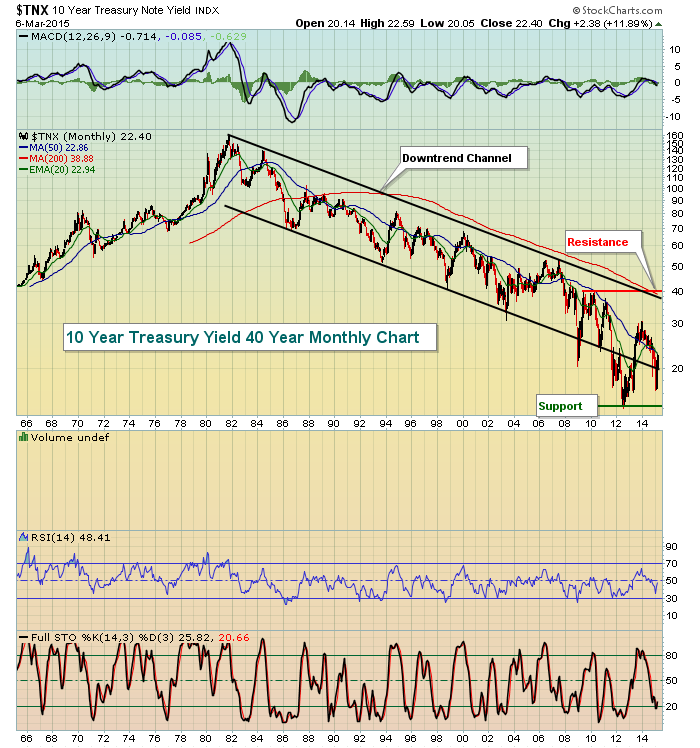 When we look back at last week's action, a few things stand out to me. First, the aggressive sectors - financials, consumer discretionary, technology and industrials - held up quite well on a relative basis. That should be seen as a positive... Read More 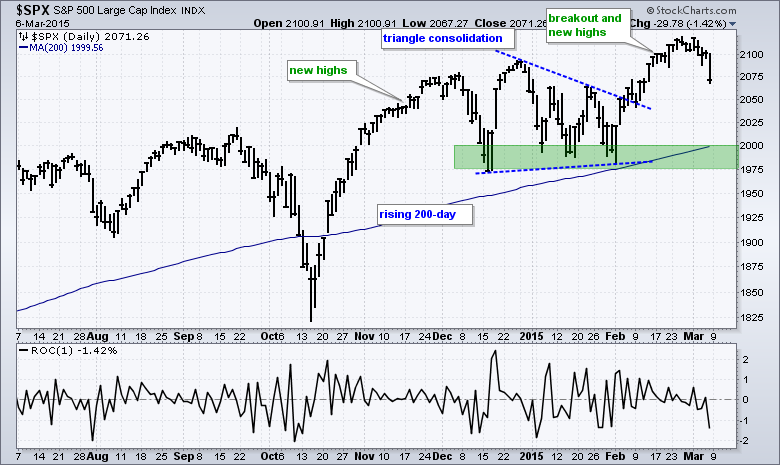 Stocks are Down, but Not Broken 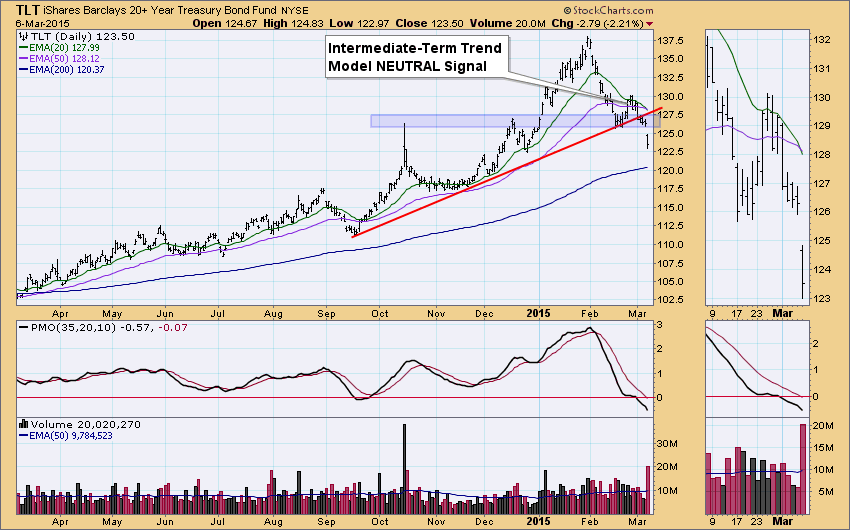 DecisionPoint has been on an Intermediate-Term Trend Model BUY signal since January 17, 2014, so a Neutral signal is a big deal as far as our timing models are concerned. The signal was generated when the 20-EMA crossed below 50-EMA... Read More

This is my first article as a new contributor to ChartWatchers. I'm a founder and president of Invested Central and many of you know my good friend and co founder of Invested Central, Tom Bowley, who recently joined StockCharts... Read More