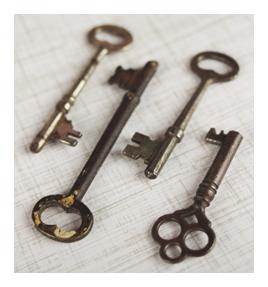 Major bullish reversal patterns signal the start of new up trends that can extend and be very profitable. However, chartists must first learn to distinguish between meaningful patterns and irrelevant patterns. Here's how...

First, a pre-existing downtrend is mandatory. This may sound obvious, but you cannot have a major bullish reversal pattern without a substantial downtrend to reverse. The decline into the pattern should be extended, in duration and distance. A three week decline that extends 7% will not cut it.

Second, the height of the base should be in proportion to the prior decline. While there are no hard and fast rules, the height of the pattern should not cover more than half of the prior decline. If a stock declines from 80 to 40, a Double Bottom should not extend past 60. Otherwise, the Double Bottom covers more than half the decline and we should consider alternatives.

And finally, the breakout should be strong and confirmed with other indicators. Price should accelerate to the upside and break above resistance like a hot knife through butter. Chartists can use volume, volume-based indicators or other trend indicators to confirm the breakout. This is a fielder's choice.

Now let's look at some examples. 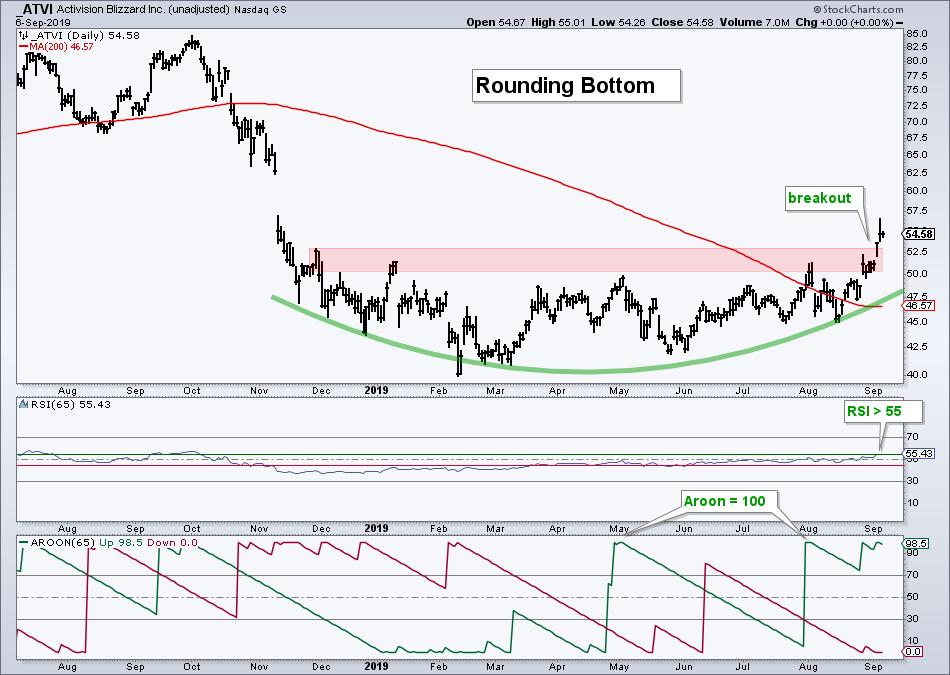 The example above shows Activision Blizzard (ATVI) with a Rounding Bottom that checks all four boxes (hat tip @JBorman). First, the stock declined over 50% and hit a 52-week low in February. Second, the height of the pattern (40-52) is less than a third of the prior decline. Third, the base building process extends nine months as the stock formed the Rounding Bottom from December to August. Fourth, the breakout occurred with a price acceleration that is confirmed with the 200-day SMA, RSI(65) and Aroon(65).

Click here for a System Trader article explaining how to use RSI(65) and Aroon(65) to identify uptrends. 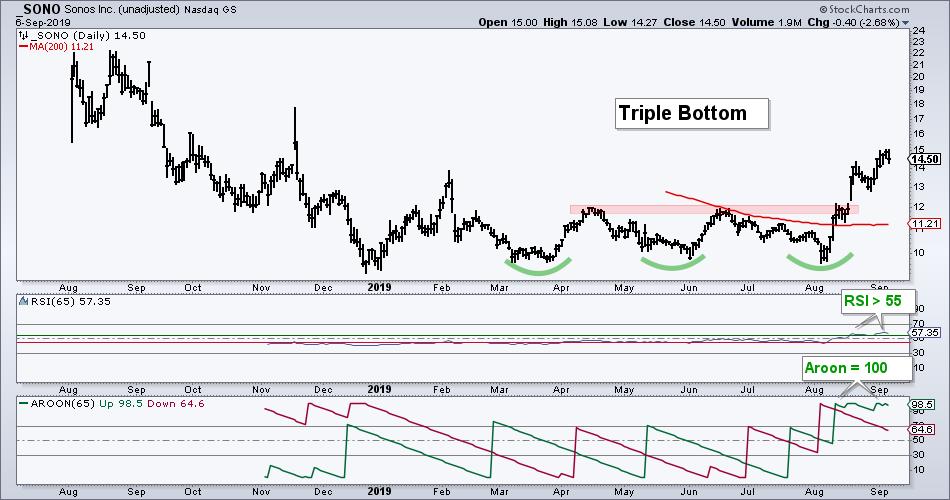 The second example shows Sonos (SONO) with a Triple Bottom that checks all four boxes as well (hat tip @verrone_chris). There was an extended decline into the pattern, the height of the pattern is less than a third of the decline and the base extends at least six months. The breakout occurred with a price acceleration and was confirmed with the indicators.