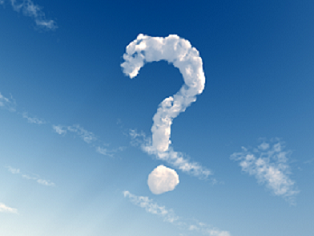 I have written often about market internals or market breadth.  In fact, there was a whole series of articles as I was updating my “The Complete Guide to Market Breadth Indicators” book.  The articles began with CGMBI; there were 10 of them, all back near the beginning of my article list.  See links at end of this article. What you may not know is that every breadth indicator in the book is now part of StockCharts.com’s Symbol Catalog.  They all begin with !BI followed by two letters identifying the exchange they are from (NY for New York, NA for Nasdaq, and TO for Toronto).  More on this sales job at the end of this article.

1. It takes advantage of inefficient markets.  If investors are irrational and prone to excessive optimism with the latest hot stocks and excessive pessimism with those issues that have suffered recently, then market capitalization weighting reflects those inefficiencies from its very definition of shares times price.  Breadth, which is equal weighted, does not have that problem.

2. Avoids heavy concentration into a few stocks.  Market capitalization weighting often causes a large portion of a portfolio to be concentrated in only a few issues – concentration risk. Breadth totally avoids this.

Breadth analysis is like quantum mechanics, it does not predict a single definite result, instead it predicts a number of different possible outcomes, and tells us how likely each one will be.  Breadth directly represents the market, no matter what the indices are doing.  It is the footprint of the market and the best measure of the market’s liquidity.

Most breadth indicators are at best, coincident indicators, and usually somewhat lagging.  Any of the indicators that are smoothed with moving averages are certainly lagging.  Lagging means that the indicator is only telling you what is happening after it has happened.  Lagging is not a problem, once you realize that picking exact tops and bottoms in the market is better left to gamblers.  The confirmation of lagging indicators, however, is very important.  Some breadth indicators, especially some of the ratios, can offer leading indications based upon the identification and use of previous levels or thresholds that are consistent with similar market action.  An oscillator that reached a threshold level, either positive or negative, with consistency relative to market tops and bottoms is such an indicator.  Many breadth indicators work in this manner.

Most investors are familiar with the long-running Friday night show, Wall Street Week, on Public Broadcasting hosted by Louis Rukeyser, who, every week would comment on his elves (his term for technical analysts) and the Wall Street Week Index.  What you may not have known is that this index was a composite of ten indicators, three of which were breadth-based.  Robert Nurock, long-time panelist and Chief Elf, created it.  Robert Nurock was the editor of the Astute Investor, a technical newsletter for many years.

If you search on: ! (exclamation point), you will find a vast amount of breadth indicators of Carl Swenlin’s and others, including symbols for common stock only series.

A brief sales pitch to follow:  After over a year of work with many of the fine folks at StockCharts.com, the book is now available in Kindle format from Amazon.  You can click HERE to go to the Amazon page.  I priced it to sell – only $19.99.  It has lots of new material from Tom McClellan, George Schade, and Dick Arms, plus all of the charts are from StockCharts.com.  Plus, an entirely new chapter (11) on non-internal breadth indicators.

And even more good news, we (StockCharts.com and I) have created a ChartPack that has all of the charts in the book, not only for the New York Exchange (in the book), but also for the NASDAQ Exchange and the Toronto Exchange.  The ChartPack has 187 charts for the NYSE, 187 for the NASDAQ, and 148 for the TSX Toronto.  Toronto is slightly fewer because not all of the breadth data was available, in particular, the weekly breadth data.  CGMBI ChartPack – Click Here.  This ChartPack means that you have every chart in the book plus the NASDAQ and TSX versions updated each day (each week for weekly data).  The ChartPack is only $49.95 and is good as long as you are a subscriber to StockCharts.com.  The other really nice feature of publishing with Kindle is that if I want to add something to the book, say I discover a new breadth indicator, I can do so.  And everyone who bought the book will receive the update for free.

Here are links to the CGMBI articles:

Why Market Breadth is so Important (CGMBI)

Chap. 10 was dedicated to the Indicators of Sherman, Marian, and Tom McClellan.  In fact, I went on record stating that the McClellan Summation Index was my favorite breadth indicator. Tom wrote the foreword for The Complete Guide to Market Breadth Indicators.  Finally, I think I just set a record for the most number of links in a single article.